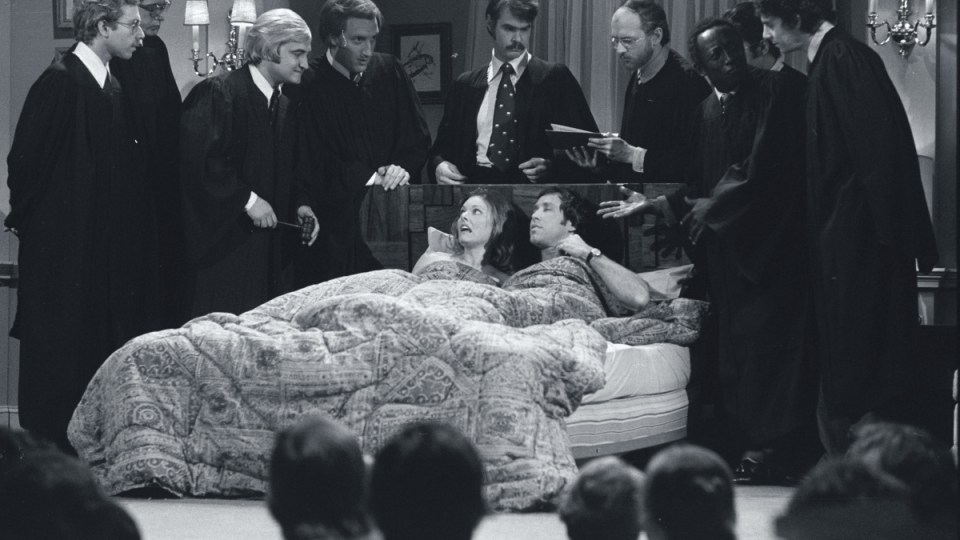 After 46 years, the satirical entertainment of Saturday Night Live remains as popular as ever. Photo: Getty

On this day 46 years ago, the topical comedy sketch show Saturday Night Live debuted on US television.

The show, originally known as NBC’s Saturday Night, premiered on the American TV station on October 11, 1975.

It soon became a staple of US and global entertainment – recognised for its role as an incubator of talent and for pushing the boundaries with its sketches, parodies and impersonations.

Created by Canadian comedy writer Lorne Michaels, SNL is broadcast live from Studio 8H at Rockefeller Centre in New York, where it started life in 1975.

The original 1975 cast, coined by one of the writers as “The Not Ready For Prime-Time Players”, captured the pop-culture zeitgeist with its satirical segments and shorts, stand-up comedy and popular music acts.

It remains one of the most-watched programs on Western television and scored its best-ever rating in 2021.

The show ranked as the No.1 entertainment show in the 18 to 49 demographic in the United States in June.

The 46th season averaged a total of nine million viewers per episode.

SNL generated more than 1.6 billion views on YouTube during its 46th season, and gained more new subscribers to its various social media channels (2.7 million) than any other late-night program.

On This Day: Saturday Night Live debuts on US televison