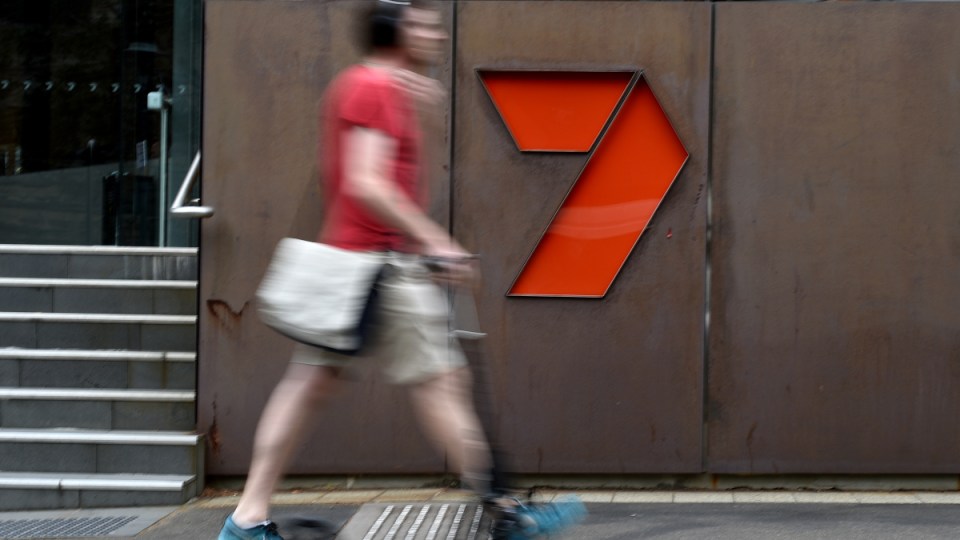 Broadcaster Seven says fourth-quarter sales revenue was up by 45 per cent. Photo: AAP

Seven executives have forecast full-year earnings that exceed analysts’ estimates and say the momentum will continue with its Olympics and Ashes coverage.

Shares surged by more than 22 per cent after the broadcaster said fourth-quarter sales revenue was up by 45 per cent on the COVID-ravaged previous equivalent period.

Full-year earnings before interest, tax, depreciation and amortisation are forecast to be between $250 million and $255 million.

The company claimed analysts’ expectations ranged between $235 million and $245 million.

Seven West Media chief financial officer Jeff Howard said a lift in audience share was expected at the start of next financial year due to the Tokyo Olympics and Ashes cricket coverage.

Executives are also hoping for good ratings from upcoming V8 Supercars races, and reality shows Big Brother and The Voice.

Ultimate Tag, based on the popular children’s game, was an outright failure, he said.

A big growth area is video-on-demand or “catchup” TV.

Digital earnings, which include online, are expected to more than double next financial year.

Deals with Facebook and Google for the use of Seven’s online materials were an important contributor to this estimate.

In a conference call, analysts asked for more detail of the revenue expected from Facebook and Google. Mr Warburton and Mr Howard declined to provide it.

Mr Howard said costs in the TV business would be reduced by moving the Sydney studios from Martin Place to Eveleigh. This is an 18-month project.

In TV ratings, Seven claimed it was on track to win a 13th week of 25 this calendar year, based on total viewers.

Disease concern for survivors of Afghanistan earthquake
Steve Smith confirmed as starter for first Test against Sri Lanka
Matildas will be keen to forget 7-0 drubbing by Spain
Upcoming stats will reveal where and how hard rates are hitting economy
Victorian MPs pocket a tidy 2.75 per cent pay raise
Reserve Bank review isn’t a ‘get the governor’ exercise: Jim Chalmers
Alan Kohler: El Salvador and DeFi mean the crypto game is afoot
Today's Stories