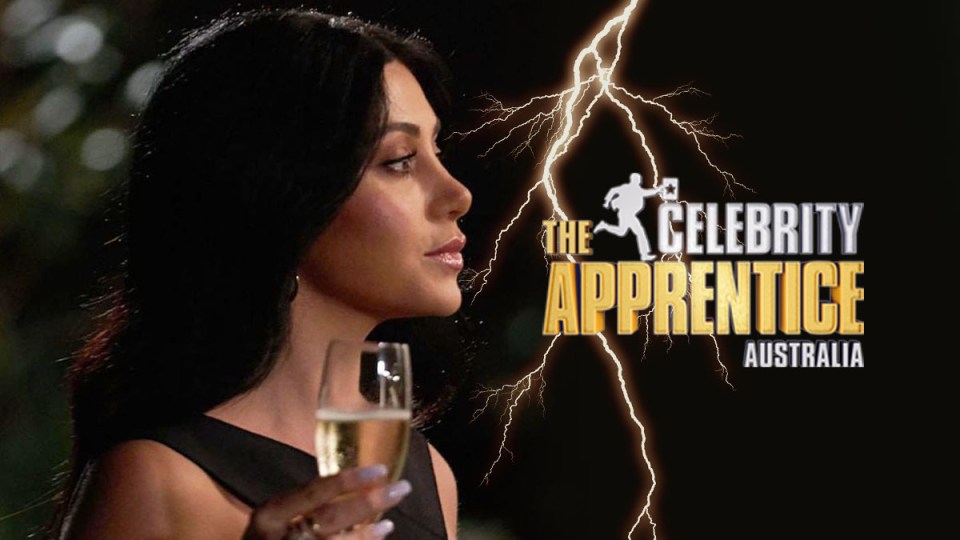 What happens when Martha Kalifatidis meets Celebrity Apprentice? If the first 24 hours is to go by, a lot of sparks. Photo: TND

The 2021 season of Celebrity Apprentice Australia has barely been announced, but the first barbs have already been thrown.

Married at First Sight star Martha Kalifatidis was announced on Sunday night as one of the 13 contestants for the 2021 season.

By Monday morning, her MAFS boyfriend Michael Brunelli was calling out internet users for “bullying” behaviour, saying they’re nothing but the
“saddest, lowest form of humans in Australia”.

Well, Martha did say she was “obviously” going to “bring the drama” to the show.

Oh, it’s definitely BREAKING NEWS: @marthaa__k is back on @Channel9 in 2021, contending for the title of @CelebrityApprentice Australia! 💋 Martha’s set to use her social influence to raise big 💲💲💲 for charity, but in the meantime, use your influence and vote Martha as Australian Social Star of the Year 👉 Details @ nine.com.au/MAFS or link in bio

“It’s basically 2016 again and I’m in the principal’s office, except the principal is Lord Sugar, and he is not sugar-coating it,” Martha said on Instagram, announcing her part in the program.

Her post wasn’t met with complete enthusiasm – some users on the MAFS account expressly said they “won’t be watching if she’s on it”, among other comments that appear to have been deleted.

This is what prompted Michael to jump in and defend his girlfriend of two years.

“I don’t normally get sucked into this stuff, but the comments on this post are pure filth,” he penned in a message directly aimed at trolls.

And the show doesn’t even air until next year.

I’m a celebrity, get me a job

The Australian version of the Donald Trump-helmed format is back on our screens after a six-year hiatus.

(You might recall Lord Sugar got into some hot water a couple of weeks ago for taking up a seat on a flight from London to Australia, while thousands of expats remain stuck overseas – that was to begin filming on Celebrity Apprentice.)

I've not traveled on a commercial airline for 25 years. Yesterday I traveled to Sydney with @emirates . I have never experienced service like it in all my life. It was fantastic . both on the ground and in the air. Amazing. For the skeptics it was fully paid for not free.

(Lord Sugar seemingly hasn’t learnt, and is posting multiple pictures of him in various locations around Sydney, including at the Harbour Bridge and Bondi Beach.)

Alongside Martha, the celebs lining up for the challenge include trainer Michelle Bridges, comedian Ross Noble, 2004 Australian Idol contestant Anthony Callea and The Veronicas, Jess and Lisa Origliasso, who are apparently entering as a single unit and single-handedly opposing the hard work of identical twins everywhere to be seen as individuals.

We can’t expect Lord Sugar to radiate the same, ah, energy as Trump, but Allis told Today the UK-based businessman definitely has an edge to him.

“I’ll tell you now, he says it like it is,” Allis said on Monday morning.

“When he looks at you he’s got this death stare, but I’m just so excited to work with him.”

The show’s filming has already begun, with the contestants all vying to become number one and raise money for the charity of their choice.

It’ll air on Nine next year. The full cast of apprentices is below: