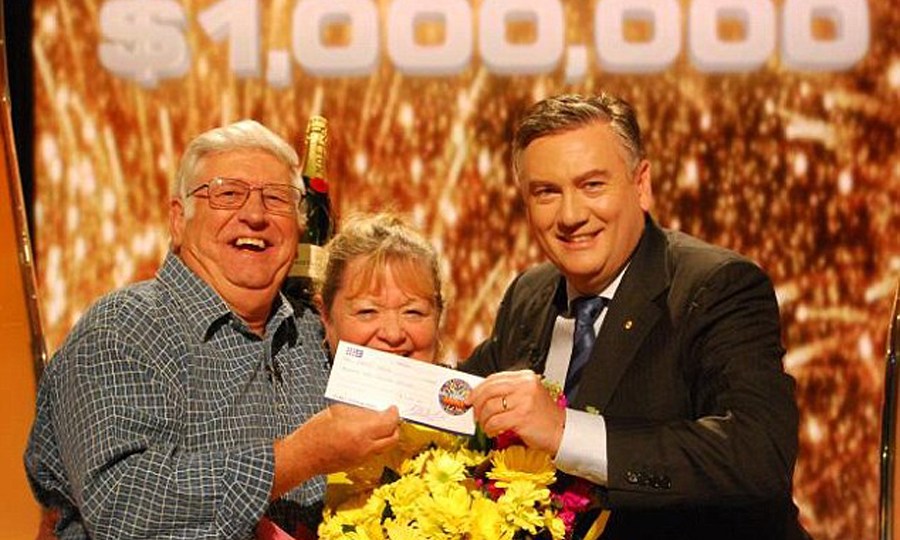 A television show that shared studio facilities in Melbourne with the Ten Network’s The Masked Singer has halted production after a dancer on the celebrity singing program caught the coronavirus.

Channel Nine confirmed its quiz show Millionaire Hotseat is the second show to go into hiatus in the Victorian capital after TMS temporarily pulled the plug when more crew members tested positive for COVID-19.

The dancer on the set of TMS in Melbourne’s Docklands has been hailed for raising the alarm just hours before the filming of the finale.

The entire production team, including host Osher Gunsberg and celebrity judges Dannii Minogue and Dave Hughes, are in self-isolation.

Gunsberg revealed the Network Ten show, in which masked celebrities compete against each other in a singing competition, was two hours away from recording its grand finale.

“We are ready to go and … this young person put their hand up and said, ‘Hang on, guys, I’m not feeling so great, I should probably let you know this’,” he told The Project on Sunday.

“They were brave enough to pull the emergency brake on this freight train.

“We hit stop and everything shut down.”

Gunsberg, who is awaiting his test result, hoped the cast member’s courage would serve as an example to others.

“Nothing is as important as everyone’s safety,” he said.

The show was granted an exemption to keep filming in Melbourne despite the city’s strict Stage 4 lockdown restrictions.

“There are some productions if they weren’t to continue then they would be lost to Victoria,” Premier Daniel Andrews said on Sunday.

“It’s done on a case-by-case basis and it’s always accompanied by a COVIDSafe Plan.”

On Monday, the show announced it would continue to broadcast episodes already filmed, saying it had “plenty of episodes ready to go”.

Chief health officer Brett Sutton said some crew had tested positive but insisted it did not necessarily mean there had been a breach of any guidelines.

Gunsberg said the show’s producers had worked “hand in glove” with the Department of Health and Human Services to prove production was safe.

“I’ve never been on a stricter set, on a more segregated set.

“Everyone was working in little pods. No people crossed over.”

The Victorian health department is continuing to investigate the outbreak.