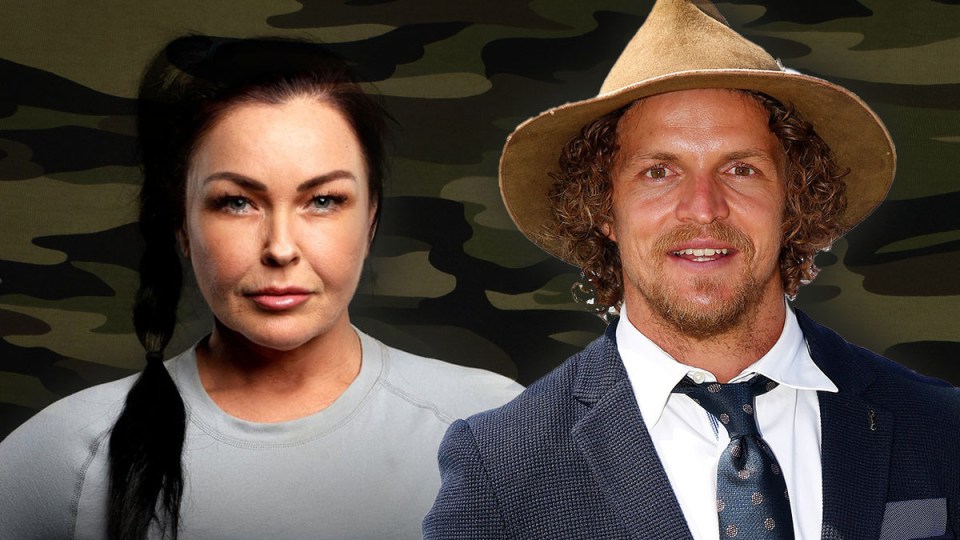 SAS: Who Dares Wins Australia is finally back on our screens, but not in the way we wanted.

Channel Seven’s new series already has fans ready to boycott, and not just because it has nothing to do with its iconic mid-1990s stunt-challenge namesake.

If you were hoping to see former host Mike Whitney’s distinctive curly black mop and his thrill-seeking co-host Tania Zaetta challenging contestants to eat cockroaches for cash in your local shopping centre, you will be sorely disappointed.

Instead, the new series is based on the British version, SAS: Who Dares Wins, which puts well-known celebrities through a number of military-style challenges to test their physical and psychological resilience.

The Australian version is taking a few creative liberties, namely in its definition of ‘well-known celebrities’.

Also competing is former rugby player Nick ‘Honeybadger’ Cummins, who, following his last reality TV stint on The Bachelor, was dubbed the most hated man in Australia.

The series follows contestants as they are subjected to the same rigorous and extreme boot-camp selection processes of Australia’s elite Special Air Service.

Contestants will endure gruelling physical and psychological tests, sleep deprivation and interrogation as they compete to win a mystery prize.

Promising a ‘who’s who’ of Australian talent, or as Seven’s director of programming Angus Ross put it, ‘‘an absolutely killer celebrity cast’’, the turnout leaves much to be desired.

Despite Ross’s enthusiasm, not everyone is as excited about the ‘‘killer’’ line-up, with viewers already lambasting the show’s choice of cast.

Users have taken to social media to express their disapproval that Corby was selected to join the show, given her claim to notoriety stems from her 2004 drug trafficking charge.

Former My Kitchen Rules mentor Colin Fassnidge fuelled the Twitter fire by mocking Corby’s legal defence that her drug-filled bags were packed by someone else.

“I hope she packs her own bag this time,” Fassnidge said.

I hope she packs her own bag this time 😂

Other users have claimed they will boycott the show, criticising Australia’s glamorisation of real-life criminal activity.

Filming was originally set to take place in New Zealand but was swapped to the Snowy Mountains.

Women’s Day reports contestants are set to pocket $150,000 for their time on the show.

Why are people surprised at the Schapelle Corby news when Australia has been revering it's criminals on television for years.
6 seasons of Underbelly anyone?

However, it seems any criticism of Corby is falling on deaf ears, as the 43-year-old admits she doesn’t care what people think of her.

“I want to stop being institutionalised,” Corby said.

“I don’t care what people think of me – I hope people enjoy it, but this is for me.

“We go into the SAS as a number, not a name, which is significant for me because I won’t be Schapelle Corby, I will just be a human being.”

And it’s not just Corby’s past that has fans fired up.

Many are criticising SAS: Who Dares Wins Australia for partnering and promoting the elite military SAS unit.

The SAS unit made headlines earlier this year for its involvement in committing and covering up war crimes in Afghanistan.

Given it has reportedly already sunk millions into the show, it comes as no surprise that Channel Seven is persevering and promoting its motley crew of obscure stars.

Whether or not it will be a ratings behemoth remains to be seen, but if Seven manages to swing a second season, The New Daily has some suggestions for some slightly higher-profile stars.