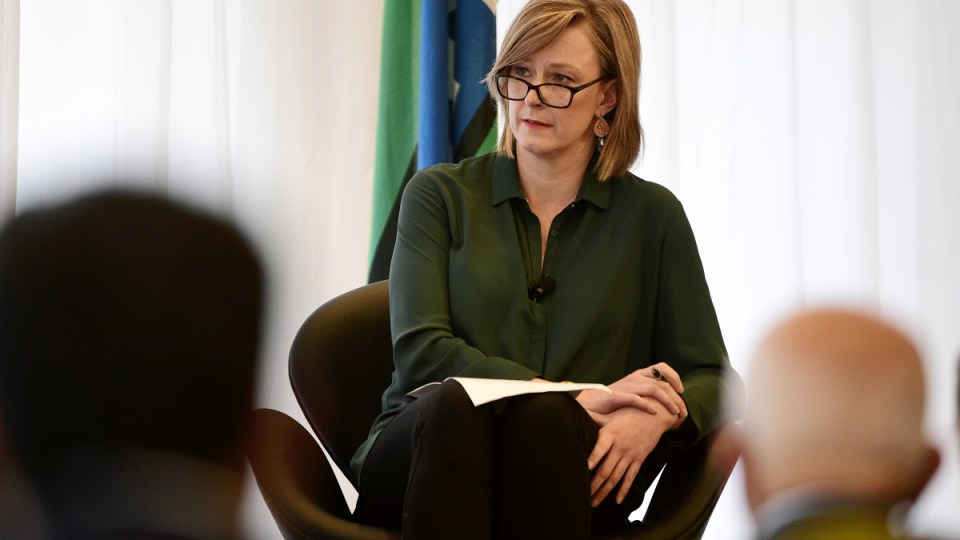 7.30 host Leigh Sales copped horrendous abuse after her interview with the PM this week. Photo: AAP

ABC journalist Leigh Sales has exposed the shocking “sexualised abuse” she copped online after grilling Scott Morrison in a TV interview this week.

Sales, the host of the ABC’s flagship 7.30 program, covered a broad range of topics in Tuesday’s interview with the Prime Minister, including JobKeeper, hotel quarantine and the disappointing COVIDSafe app.

The exchange drew rapid criticism, with some describing Sales as “aggressive”, and former Victorian premier Jeff Kennett tweeting that her interview was “disrespectful” and showed she had “bad manners”.

But some went much further. Sales – a Walkley award-winner and one of Australia’s most respected journalists – was called a “rude b-tch” by one critic, a “lefty POS … covorting (sic) wh-re” by another.

Ironically, other critics attacked her for being too soft on Mr Morrison.

Late on Wednesday, Sales called it out – taking to social media to expose her abusers.

“As I sometimes do to keep a spotlight on this, I just spent a few minutes collecting a fraction of the sexualised abuse I get every time I interview a prime minister,” she wrote. It didn’t take long for Twitter users to respond to Sales’ tweet, which has since gone viral. 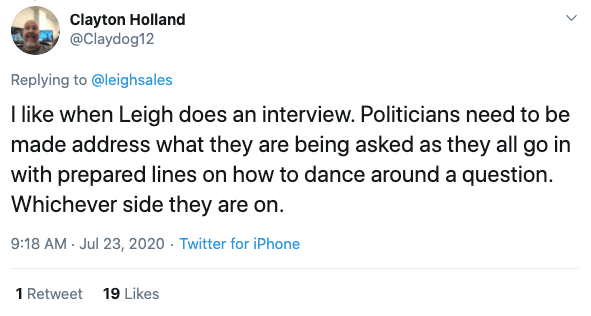 Sales pointed out that the abuse she receives regularly is common for women in the public eye.

“Female politicians, journalists, public figures get this non-stop,” she wrote.

Ms Nyuon is a human rights advocate – and that abuse came from a South Australian police officer who called her a c–t. He later apologised.

Ms Nyuon said she regularly copped similar abuse when she appeared on television.

“It is disappointing when you do a kick-arse interview and people don’t take away what came out of that, but they do think she didn’t have the normal [studio] make-up on,” she said.

The Logie award winner and A Current Affair presenter said such comments were “disappointing, but not surprising”.

Perhaps one of the most famous examples came early in 2019, when an action shot of AFLW star Tayla Harris kicked up a media storm after disparaging and sexist comments went unmoderated, then the image was removed.

Harris gave the trolls something to think about, and her stunning athleticism and resilience have since been immortalised in bronze.