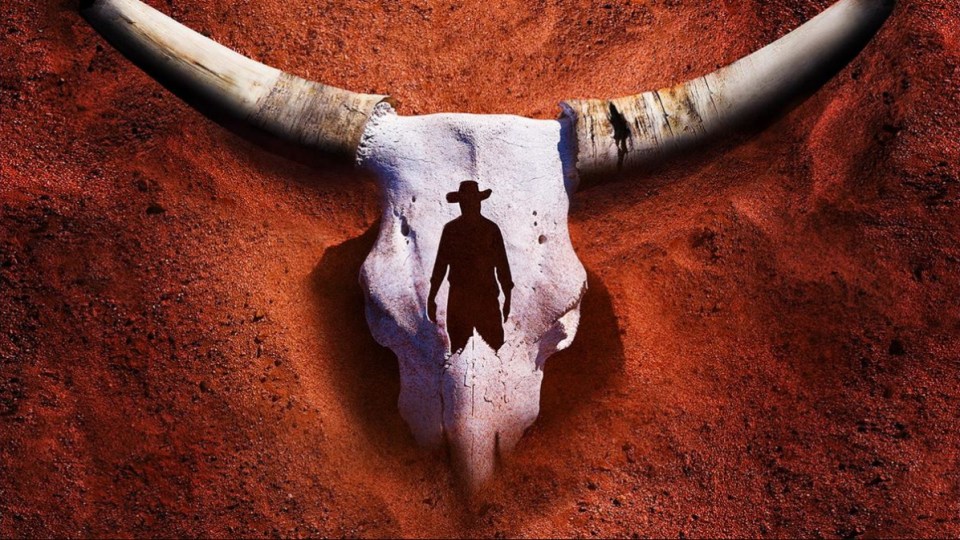 The first episode of Mystery Road season 2 will air on the ABC this Sunday. Photo: ABC

Uncovering bloody murders, he gets into shoot ups, solves crimes and leaves town all while barely uttering a word.

Transferring to the small screen under the care of  director Rachel Perkins, the first season of the hit series paired him with a no-nonsense Judy Davis.

Jay’s back for more in a new town packed with old troubles when the first episode of season two of Mystery Road premieres on the ABC this Sunday, this time co-directed by Wayne Blair (The Sapphires) and Warwick Thornton (Samson & Delilah, Sweet Country).

The first two episodes debuted at the Berlin International Film Festival before COVID-19 shut down the industry, and Thornton can’t wait for hometown audiences to see it.

Speaking to The New Daily, he suggests Australia’s vast expanse and bloody history lends itself well to the Western formula championed by American filmmakers John Wayne and John Ford, then taken up by Italian director Sergio Leone, who valorised Clint Eastwood.

That idea of the West comes from a concept of lawlessness, the frontier and the unknowing,” Thornton said.

“We’ve owned that all our lives, through colonisation.”

“We’ve got this amazing country with this dark history, and it hurts when you need to talk about it because Australia’s a little bit ashamed of its past.”

Thornton and Blair shot Mystery Road in Broome and up through the Kimberleys in northern WA across 10 weeks.

“You can just stick the camera out the window of the car and it will look pretty,” he said.

Thornton got his start in cinematography in his home town, Alice Springs, and shot all six episodes of the new season.

With an innate understanding for visual storytelling, he’s a proponent of less is more and argues you should be able to turn the sound off on your television and still understand a story.

Pedersen’s careworn face lends itself well to this theory as Jay, a man of few words.

A distant cousin of Thornton’s, they grew up together in Alice.

“We’ve never really worked together before, except in a documentary I did called The Darkside, but I’ve watched him turn into this Eastwood-esque character.

“The camera falls in love with Aaron instantly. There’s this internal monologue that we don’t hear, but you see on his face.”

The TV show has expanded the role of Jay’s ex-wife Mary, as played by Tasma Walton (Cleverman, Rake), and Shevorne (Tasia Zalar, The Straits), the young woman she has taken under her wing.

“If you were married to Jay Swan, how would you put up with him?” Thornton chuckled.

“He’s great at saving lives, great at catching baddies, but is he good at being a father or a lover? These home truths make for great drama.”

Wentworth star Jada Alberts takes over from Judy Davis as the latest cop to play side-saddle to a begrudging Jay.

All three women are drawn into the bush drug ring plot.

“A bit like Bond, he’s surrounded by these amazing women who are incredibly strong and stand up for themselves,” Thornton said.

“Bond started off as this slightly Neanderthal, misogynistic guy, and then in the last couple of OO7s, he does fall in love. The irony, of course, being they always kill off his lovers.”

“I’ve been in this industry for 35 years now, but I’ve never done TV, so I needed Wayne’s support,” he said.

“If Ivan hadn’t created this very unique world, and if Rachel hadn’t made the most incredible first series, I probably wouldn’t have said yes.”

Their hard work took the pressure off, Thornton said.

“We weren’t changing everything, coming in and stamping our footprint, ‘cause that would wreck it for the audience.

“Wayne and I had such a strong foundation. It’s all laid out, so we could focus on performance.”

The one performance he had trouble with was his own, appearing as a boozy bush doof dude trying to pick up an archaeologist played by Swedish star Sofia Helin of The Bridge fame.

Cackling, Thornton says it will probably be his last.

“I don’t act and I never should,” he insists.

“l can’t even remember one sentence, let alone a paragraph or three pages of a monologue.

“Wayne [who appeared in the first season] is an incredibly amazing actor in his own right and kind of suckered me into that. I should have said no.

“It was horrific, because I’m acting against Sophia, who is hardcore brilliant. It’s tiny, so I’m hoping people will blink and miss it.”

Right now, he’s focused on riding out the pandemic by turning out two new feature scripts.

“However long it takes for this virus to blow off its steam, I’ll be sitting in the lounge room with a pen and paper so I’ll have something prepared when the cogs of the industry click back together.”