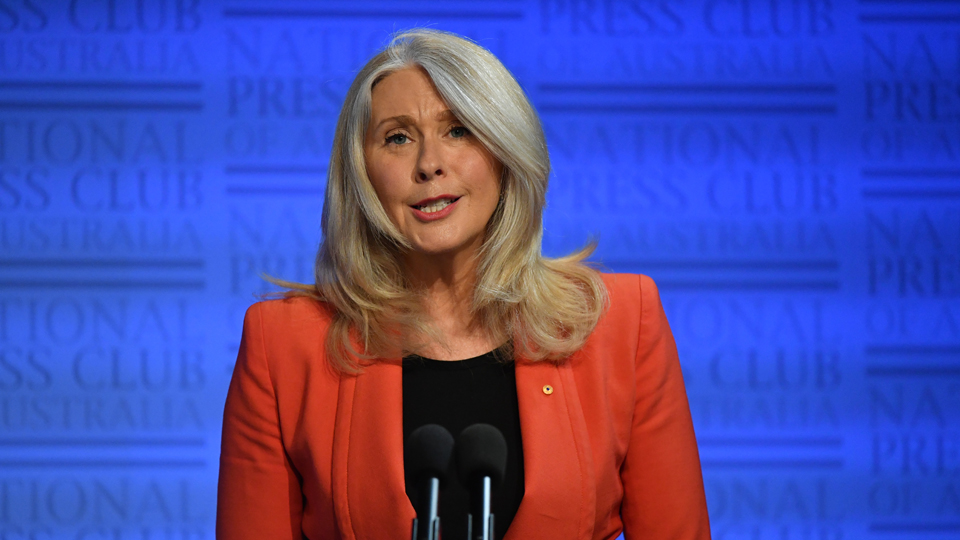 Tracey Spicer (at the National Press Club on November 13) said all interviews for Silent No More were done with ‘full duty of care’. Photo: AAP

Amid fallout from her controversial Silent No More documentary series, Tracey Spicer is retreating from public life to manage her mental health.

The journalist’s work in the ‘Me Too’ sphere in Australia saw her named NSW Woman of the Year in 2019 and win the Sydney Peace Prize.

But her credibility in the movement and credentials as a free speech warrior were questioned this week after reports Spicer sent letters threatening legal action to three women, including two sexual abuse survivors and a former source.

So, is she a hero – the connective tissue empowering victims to speak out – or an opportunist with “shoddy” work practices who has spun the personal stories of others into gongs and a raised profile?

I’ve spent much of the morning in tears after winning the NSW Premier’s Award for Woman of the Year. I’m thinking of all the survivors of sexual assault – silenced for so long – the tireless work of the @now.aust volunteers and Chair @ljloch and all those in the women’s sector. But the biggest thanks goes to my always patient family. Grace, Taj and Jase sent messages saying they were so proud of me and I couldn’t stop blubbering. #IWD2019 #NSWWOTY #metoo Thank you so much @gladysb for this award, and your trailblazing work.

“How dumb does Tracey Spicer think we are?” asked a Financial Review story that slammed Spicer’s “spin” over the letters as “offensive” and “distasteful”.

With repeated calls for her to go public, The New Daily asked the Walkley Award winner to clarify aspects of the situation in an interview.

But Spicer’s health means it’s not possible. She last appeared in public at the National Press Club in Canberra with ‘Me Too’ Australian founder Tarana Burke on November 13.

“Tracey stepped back from doing interviews regarding the ‘Me Too’ movement almost 18 months ago, to allow more diverse voices into the space and to look after her mental health,” a Spicer spokesperson told The New Daily.

“She will not be doing any further interviews for the documentary series, to manage her major depressive disorder, brought on by vicarious trauma.”

Spicer, 52, said she has been trolled for her ‘Me Too’ work, and has received death threats.

For those who haven’t followed the story closely, during the filming of Silent No More Spicer allowed a camera to film included shots of Facebook messages on a computer screen, detailing sexual assault complaints.

Spicer apologised, and laid some blame at the feet of the ABC and the production company. It didn’t appease some of those whose confidentiality was breached.

They publicly took Spicer to task. There were calls for the show to be axed over the “gross breach” of privacy, and the savage social media censure saw her respond with the legal letters.

Her spokesperson did not respond to a question from The New Daily about what the inaccuracies were, and the Twitter thread drew more public derision for Spicer: 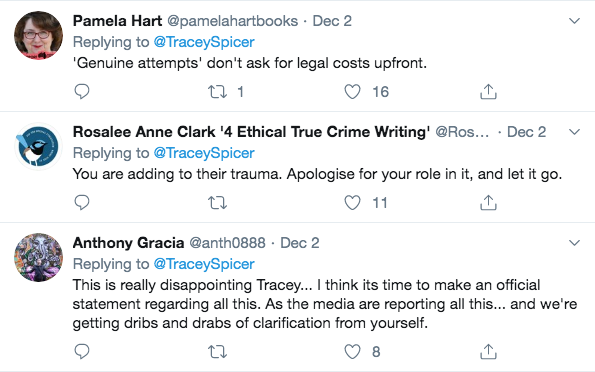 Rebekah Giles, a partner at law firm Kennedy’s, told The New Daily her client Spicer was entitled to “attempt to correct the public record”.

Two legal letters were sent on her behalf asking for “the defamatory statements” to be deleted and an apology to be issued.

If that failed, “we would seek our client’s instruction to commence defamation proceedings,” Ms Giles said. Now the “offending” comments have been deleted, “I consider this to be the end of the matter.”

She added Spicer “felt strongly” about the legal shot across the women’s bows because their public statements were causing distress to survivors of sexual harassment, featured in the documentary.”

That the women and their lawyer “have sought to publicly shame [Spicer] for doing so is deeply concerning,” Ms Giles said.

While she appeared onscreen constantly and voiced Silent No More, Spicer’s intention “was to ensure survivors’ voices were heard” and not make herself central to the narrative, her spokesperson said.

“Like those survivors, Tracey was not paid to appear on camera. She travelled the country with the crew for an extended period as an unpaid participant.

“She was not the producer of the series and did not have creative control over the editing or story choices.”

Laurie Critchley, Silent No More executive producer, said Spicer became involved in ‘Me Too’ in November 2017 ‘”not as an expert or an investigative reporter, but as an ‘accidental advocate’.

Her contribution “is what has empowered Australians from all walks of life to share their diverse experiences and perspectives.”

Asked if Silent No More had over promised and under-delivered, an ABC spokesperson told The New Daily the series had sparked “a national conversation” and the response has been “overwhelmingly positive.”

Silent No More concludes on ABC TV on December 9.