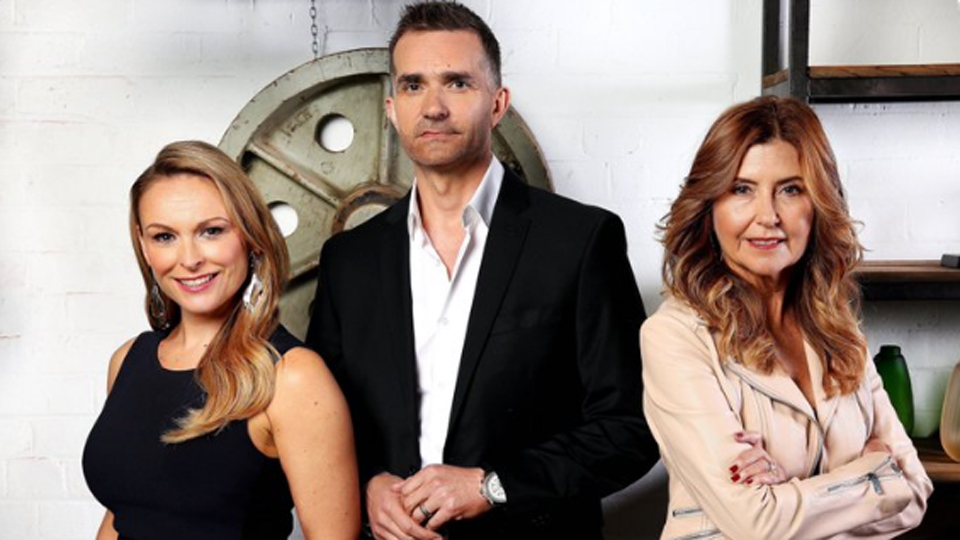 Married at First Sight's experts Mel Schilling, John Aiken and Trisha Stratford will be back in 2020. Photo: Twitter

Propelled by reality romance fireworks, Lego and a rugby rivalry, Nine has ended Seven’s 12-year run to take the TV ratings crown as the most watched network for 2019.

During the survey period between February 10 and November 30, the network won total people with a share of 29.33 per cent, ahead of its major rival Seven with 29.02 per cent.

Nine ruled in the key advertising demographics of viewers aged 25 to 54 and 16 to 39, winning 24 weeks overall.

“I’ve been here 17 years, and to survive and build resilience you don’t necessarily celebrate the wins,” he told The New Daily.

“You glide through the losses, look ahead to next year.

“Television is the sum of so many parts, and the focus is ensuring you set a schedule and commissioning strategy which delivers across the year.”

The first State of Origin game was the highest-rating show of the year, and all three rugby league clashes were in the top five.

Ratings juggernaut Married at First Sight smashed Seven’s ageing reality cooking franchise My Kitchen Rules when the shows went head to head, and Lego Masters was the No.1 new program.

Hamish Blake scored twice, with his Hamish and Andy’s Perfect Holiday – made with Andy Lee – Australia’s No.1 comedy show.

Nine took out eight of the top 10 programs for the year.

The AFL Grand Final (2.965 million) was the only show Seven had in the top 10 programs.

Here’s what we turned on most, according to OzTam figures:

The first game of the NRL State of Origin series drew 3.23 million viewers and Nine also kicked goals with the NRL Grand Final and the Australian Open tennis coverage.

Ten’s first Melbourne Cup coverage since regaining the rights in a $100 million deal suffered declining ratings from last year, but the big race was still seen by 1.919 viewers.

The MAFS finale took down stablemate The Block’s winner announcement as the year’s most-watched episode with 2.78 million viewers.

Ten sneaked into the top 10 with The Masked Singer’s finale reveal at No.10.

With a national average of one million viewers per episode, Home and Away scored for Seven as the most-watched drama show of the year.

The network also had a win with its The All New Monty Ladies’ Night scoring more than 1.7 million viewers nationally to become the No.1 entertainment special.

Seven News caned its rivals to be the top news program for the 16th straight year. It won 312 of 334 nights this year, with the network saying its average audience was 940,000 each night.

With Nine’s revamped Today a ratings disaster, Seven’s Sunrise won the breakfast TV slot for the 14th year in a row. It did not lose a single morning in the ratings period.

Larry Emdur and Kylie Gillies helmed The Morning Show to its 12th straight win in its timeslot.

Thank you for starting your day with Sunrise! 👋🏻 #sun7 pic.twitter.com/n3ASWGgpxA

With new CEO James Warburton at the helm, Seven “will deliver”, its head of programming Angus Ross promised.

It will broadcast the Tokyo Olympics and plans to build on its news and sport foundation by giving a makeover to existing shows including MKR.

At Ten, where Australian Survivor landed its best ratings and The Bachelorette did good business, “we have a true 50-week schedule of known content – content that is familiar, brand-friendly and taps into the younger age groups,” said CEO Paul Anderson.

The best of the best are back 👊#SurvivorAU All Stars | Coming soon to 10 pic.twitter.com/JvODpk5CDw

For Mr Turner, next year is about “delivering something a little bit different and returning brands continuing to surprise,” he told The New Daily.

“Married at First Sight is going to be an interesting ride. We have the bow on the Underbelly franchise with the Nicola Gobbo story and we need to embed the new Today show team.”

Turner laughed when asked which show he would pinch from another network.

“I think we’re a bit light on in the variety stakes. I’ll take Have You Been Paying Attention? It’s a great show.

“And Gogglebox, I’ll take that as well.”