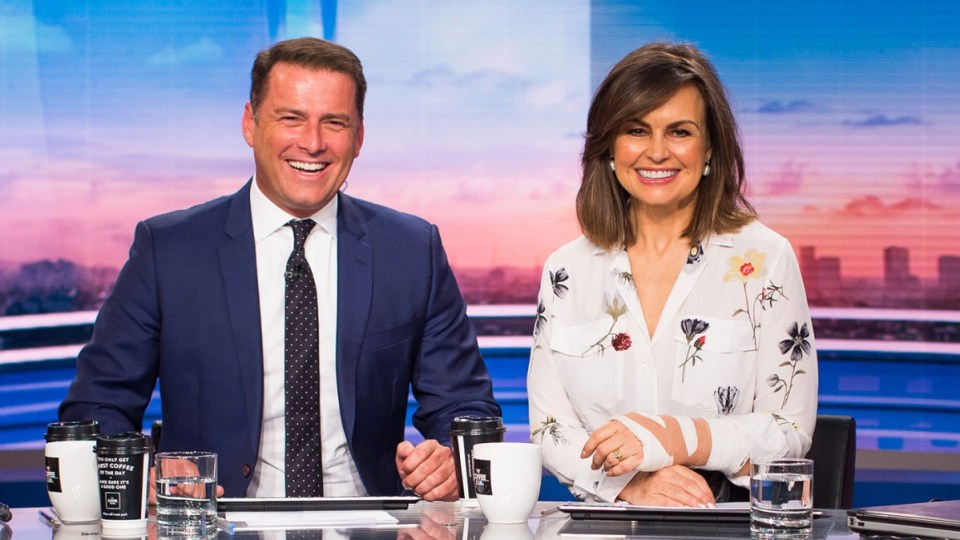 Karl Stefanovic is returning to Nine’s Today in 2020 because he has “unfinished business” with breakfast TV, according to his “surprised” former co-star Lisa Wilkinson.

And she warned Stefanovic could face one major problem getting back in the groove.

“Look I was surprised, because he now knows what it’s like to sleep past that 3am alarm,” Wilkinson told Hit 105’s Abby, Stav and Matt show on Tuesday of Karl’s Lazarus act.

“But he clearly feels like there is some unfinished business.”

On November 8 Nine revealed Stefanovic was no longer in the naughty corner after being benched from Today last December.

Like Wilkinson, he said he was caught on the hop by his return, that will see him co-host Today in 2020 with 60 Minutes’ Allison Langdon.

“Yes, I am as shocked about this as everyone else,” Stefanovic said.

“It’s not something that I thought would come up again. I thought my time was up, but then, when I was sounded out about it, it got me thinking.

“It’s a big job with enormous pressures and I know only too well some of those pitfalls, but it is also without question the best live TV job in Australia.”

The “collateral damage” in Karl’s triumph, as a source told The New Daily at the time, are the careers of Deborah Knight and Georgie Gardner.

The new-look show including entertainment reporter Brooke Boney, sports reporter Tony Jones and newsreader Tom Steinfort was a ratings disaster, and Stefanovic was recalled to stop the rot.

“They’ve have obviously had a tough couple of years,” Wilkinson said, saying that if Karl is still “prepared to do the hard yards” involved with pre-dawn hours, “I wish them luck”.

Wilkinson, who was not a guest at Stefanovic’s four-day Mexican wedding extravaganza to shoe designer Jasmine Yarbrough almost a year ago, laughed off buzz of bad blood between her and Karl.

She abruptly left Today for Ten in 2017, reportedly after a pay parity dispute with Nine over what she was earning compared to her Gold Logie-winning co-host.

“Oh God, there was no falling out,” she said when asked if the pair, who worked together for 10 years, is on speaking terms these days.

“Karl and I still text each other and we still see each other from time to time, but he is hopeless at catching up.

“He’ll say, ‘Let’s have dinner on Saturday night’ and then you don’t hear from him again. So Karl, I’m still waiting for dinner,” said Wilkinson, who gave Stefanovic a shout out on Instagram after his Today dumping.

Wishing @karlstefanovic_ all the best. Because when it was good, it was great… @thetodayshow #greatmemories

.She has previously debunked buzz there were harsh words exchanged – or none at all, according to different reports – between her and Karl at the Logie Awards in June.

“I did see Karl at the Logies,” Wilkinson told Spectrum in August.

“I went up and said hi towards the end of the evening because I was feeling a bit sorry for him.

“I just wanted to make sure he was OK. He became everybody’s favourite punchline that night and that can’t be easy.”

Nine is yet to announce who will complete Today’s line-up for next year.

Boney, Steinfort and Jones will all still be contracted to the network but will be reshuffled while new blood is brought in.

Knight is gamely warming Karl’s seat until December, but a “disappointed” Gardner refused to return to Today once Stefanovic was rehired.

Her former co-stars paid an awkward tribute to her on November 11, with Steinfort – tipped to be heading to Sunday night current affairs flagship 60 Minutes – lauding Gardner as a “woman of strength, a woman of class”.