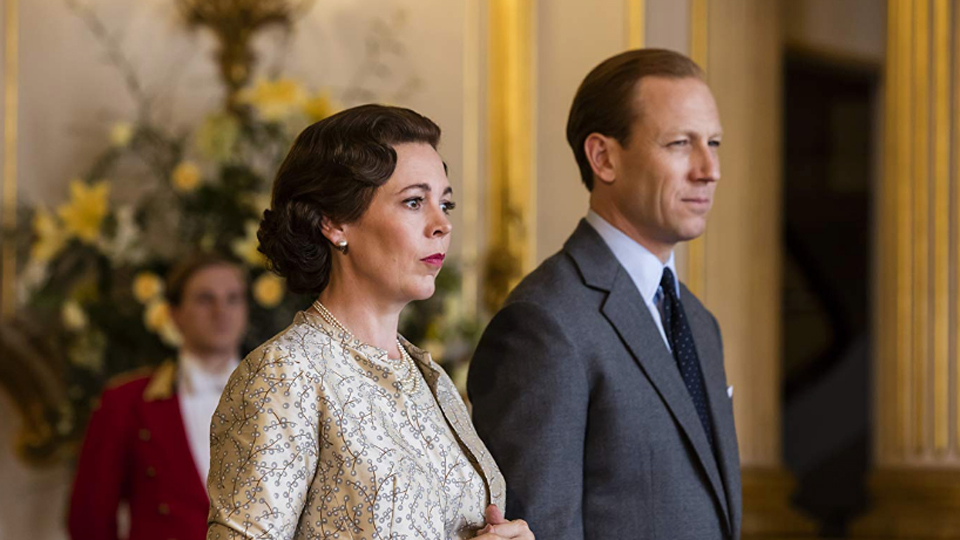 The Queen (Olivia Colman) and Prince Philip (Tobias Menzies) have a rat in the ranks in The Crown season three. Photo: Netflix

WARNING: THE CROWN SEASON 3 SPOILERS AHEAD

Season 3 of Netflix’s The Crown opens with the Queen noisily spooning marmalade onto her breakfast toast while Prince Philip watches news on TV.

It’s general election day in 1964 and Philip (Tobias Menzies) tells his wife a “friend at the lunch club” claims the likely new prime minister, Harold Wilson, is said to be a KGB mole.

The scuttlebutt about Wilson turned out to be false but The Crown’s storyline that the Queen knew about a mole within the walls of Buckingham Palace itself is true.

Sir Anthony Blunt was surveyor of the Queen’s art, and according to the 10-part TV hit, was well acquainted enough with the monarch to chat with her about paintings when they met in palace corridors.

The historian turned out to be part of infamous spy ring the Cambridge Five.

Blunt was recruited by the Soviets in the 1930s before working for MI5 during World War II.

He was unmasked, in real life and in The Crown, when American authorities tipped off Britain, Blunt confessed and the news was broken to an appalled Elizabeth.

The twist is that for his confession Blunt received full immunity from prosecution and the government agreed to keep his spying career an official secret for 15 years.

A signature of The Crown is it dazzlingly weaves the Windsors’ personal goings on – Princess Anne’s dalliance with Andrew Parker Bowles, Prince Charles’ theatrical aspirations – with events unfolding around them including the Apollo 11 Moon landing.

When Helena Bonham Carter signed to play Princess Margaret, she was sent a document outlining the historical events the season will cover.

“We get briefed on all the facts and then we’re told maybe they fudged an event for dramatic purposes,” she told The Hollywood Reporter.

“It can’t be that inaccurate, but no one was taping these conversations. It’s not documented. It’s not a documentary.”

The third episode sees the Queen’s grief over the 1966 disaster in the Welsh mining village of Aberfan, when a mountain of waste removed from a mine collapsed.

A total of 144 people, including 116 children, were buried alive.

Fans hailed The Crown’s depiction of the dreadful story as “utterly heartbreaking” and Colman as an “absolute legend”.

Less harrowing is the show’s glitzy portrayal in episode two of Princess Margaret’s 1965 tour of the US with photographer husband Lord Snowdon.

The pair were guests of honour at a White House black tie dinner hosted by president Lyndon  B Johnson and first lady Claudia ‘Lady Bird’ Johnson, and attended by 150 notables including actor Kirk Douglas.

The Crown’s depiction of the dinner – screened 54 years to the day after the event – shows Margaret (Bonham Carter) instructed by her sister to charm the president and secure a financial assistance package for Britain.

The new BFFs are also shown holding a limerick-off, during which Margaret, her husband (Ben Daniels) and the president recite ribald rhymes.

So, did it actually happen?

With Kennedy family members including matriarch Rose present, the princess – a life-long diplomat despite her wild reputation – is not likely to have whaled on JFK publicly.

But The New York Times reported that “The party lasted longer than most White House affairs”, with Margaret and her husband staying until 1.35am.

‘I am not afraid’: The modern unknown soldier risks it all in Ukraine
Energy market reform will be a big boost for emissions reductions: Chris Bowen
Greens sign up for Labor’s looming jobs-and-skills summit as Liberals stick with boycott
Joe Biden’s $430b green victory for the environment
China cementing its Thailand ties with joint military exercises
NRL: Titans frantic to end 10-game losing streak as Manly showdown looms
Love on the Spectrum: The gorgeous show making The Bachelor look boring
Today's Stories