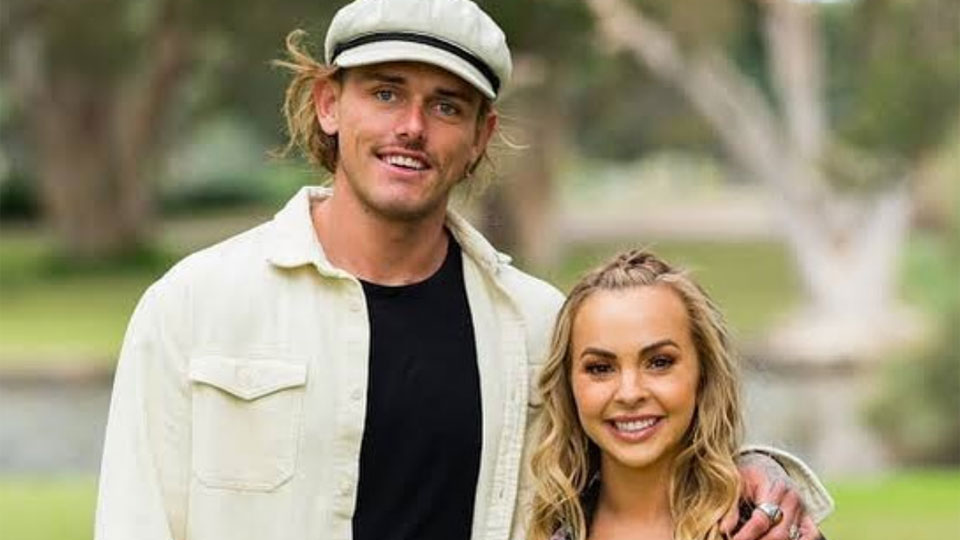 Timm Hanly was ditched by Angie Kent in the finale of The Bachelorette but still handed over a ring. Photo: Instagram

After Angie Kent’s heaving meltdown in the penultimate episode of The Bachelorette, Thursday’s finale proved to have more comedic value.

Whether that made up for it being the least suspenseful denouement ending ever – the minute Timm danced solo and producers dubbed in circus music, it was game over – isn’t as obvious.

To understand the finale, it needs context from Wednesday.

Wailing, Angie farewelled Ryan then looked as if she needed a medic: “Why did I do that? That was the wrong decision.”

Anyone familiar with the reality star from her caustic, fabulous Gogglebox days could imagine how she would have torn strips off someone else pulling the same histrionics.

They also might have been yelling, “Don’t choose the good-looking platitude spouter or the adorable cooked guy who might not understand internet banking.”

Timmmmm’s hilarious sure, but imagine trying to make important life decisions with him……. #BacheloretteAU pic.twitter.com/D7sXZrO3sF

Anyway, time will tell if Angie did or didn’t make the wrong decision at that important juncture.

Meanwhile, for those sage old folk watching at home, one thing was clear.

If she was being genuine about her “next-level confusion”, she isn’t in love with any of the men and thus the whole exercise was a massive waste of time.

Except, oh yes, that’s part of the script and there was still the finale to come.

That saw Angie and the blokes head to Byron Bay in a flagrant violation of laws ruling it’s illegal to wrap up a reality show without a kidney-shaped Fiji or Vanuatu pool.

In honour of the occasion, Carlin lent Timm his white jean.

“Who would have thought that I’d be here?” said Timm. Not me, my love.

After he had Angie’s family members variously aghast or bemused then was ushered away, Carlin appeared – in the white jean!

Holy hell, there are two pairs in captivity.

But only one Carlin, who was as humourless as ever but “feeling all the feels” when he saw Angie.

A married, aspiring actor goes on a dating show and somehow makes it to the final two please Angie #BacheloretteAU

He was laying them on too, trying to grab Angie’s bare thigh poolside in front of the family. Just what every mum wants to see.

“The way he’s been so open and honest has been so attractive,” Angie said of the man who failed to tell her until nearly the end of the show that he is an actor.

Anyway, cue the mandatory bit where desperate men say they’ve been incredibly hurt before but despite those wounds love the Bachelorette 100 per cent and definitely see a future with her, blah blah blah.

Carlin always speaks in idioms; "She lights up a room" "She's a breath of fresh air" "She gives me butterflies". And then everything else is repeating Angie's words back to her, or vague Bachy script. It's like he doesn't know how real people talk. #BacheloretteAU

i'm sooooo booooreeeedddd. hurry up and pick already so i can go to bed #BacheloretteAU pic.twitter.com/bsEmdnKSil

Then, not before time, Angie was giving Timm the flick.

She didn’t even get to give her ‘seeya’ speech before he jumped in, stopped her crocodile tears and left very graciously.

“I was just waiting for the but,” he said. “I’m never talking about my feelings ever again.”

Then Angie declared she’s falling in love with Carlin, he said he loves her too and handed over an unboxed commitment ring, she said “cool” and that was that.

“Fast forward six months and we could be living together, I could be pregnant,” she said. “Kidding.”

Fans also weighed in on how the relationship will pan out.

“I guarantee Carlin will break Angie’s heart,” tweeted one.

“Biggest stitch up of the season,” said another.

Has Angie been paying attention???#bacheloretteau

angie to carlin after 1 month of dating him #BacheloretteAU pic.twitter.com/B4WqGQVCRu

But Angie and Carlin posted a message for naysayers just after the finale, saying they’re still together and are looking forward to having brunch in public. They’re “such brunchers”, Carlin said.

It's not real until you announce it on social media. We have a special message just for you from Angie and Carlin! Aren't these two the cutest😍 #BacheloretteAU pic.twitter.com/VyIVGh1co0

Fascinatingly, one of Angie’s castoffs – Ciarran – was trending higher than The Bachelorette during the finale, with Twitter users pleading for his surprise return.

This needs to end with a phone call, just saying CIARRAN #BacheloretteAU

A tribute to the best person to grace the #bacheloretteau pic.twitter.com/oBEjDCUlJv

The Bachelorette wraps up with a happy couple and unhappy fans