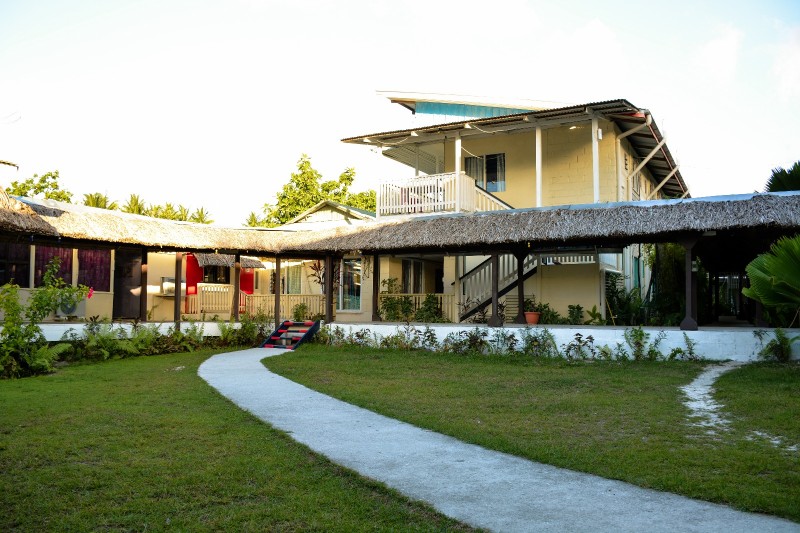 Channel NIne reporter Liam Bartlett and his 60 Minutes production crew are reportedly under house arrest on the island of Kiribati.

Radio New Zealand reported that the five-member crew was detained soon after it arrived in the central Pacific island nation on Monday.

RNZ Pacific reported the 60 Minutes will be deported to Fiji on Thursday.

RNZ Pacific quoted a government source as saying the five-member TV crew were arrested shortly after their arrival on the island.

It is understood they are under police supervision at the Utirerei Motel until a flight out of the country on Thursday.

A crew from the New Zealand media organisation, Newshub, were detained last year when they arrived in Kiribati to report on the ferry disaster.

Pacific Islands News Association (PACNEWS) reported the crew arrived in the Kirabati capital Tarawa on a flight from Nadi in Fiji on Monday. They were immediately detained after they “falsely declared that they were in Kiribati for a meeting”.

“From my understanding the 60 Minutes crew is still in Tarawa and will return on their intended flight back on Thursday,” PACNEWS quoted a senior government source as saying.

“They are, however, being detained due to their entry into the country under false pretences,” the official, who wished to remain anonymous, said.

He said crew was advised prior to their arrival to apply for a filming/research permit to get clearance from Kiribati immigration on arrival.

“When they arrived, they declared that they were here for a meeting and failed to mention their filming intentions, thus the false declaration grounds. If they had applied for their permits before arrival as advised, this would not have happened,” the official said.

Channel Nine released a statement saying the the crew had submitted applications for filming approval. However, further forms were denied on Wednesday morning.

“The 60 Minutes crew travelled to Kiribati on Monday,” the statement read.

“Before leaving, they submitted applications for filming approval. On arrival they arranged a meeting with authorities including the Executive Assistant of the President and a senior representative of the Immigration Department to discuss the application.

“Further forms were submitted and a request was made for expedited approval. That request was declined this morning and the 60 Minutes team were asked to remain in their hotel until the next flight out, which was their scheduled departure flight.

“The crew is not under detention or house arrest, as has been incorrectly reported, and the issue does not affect the story being worked on.”

The Kiribati government is expected to make a statement later on Wednesday.