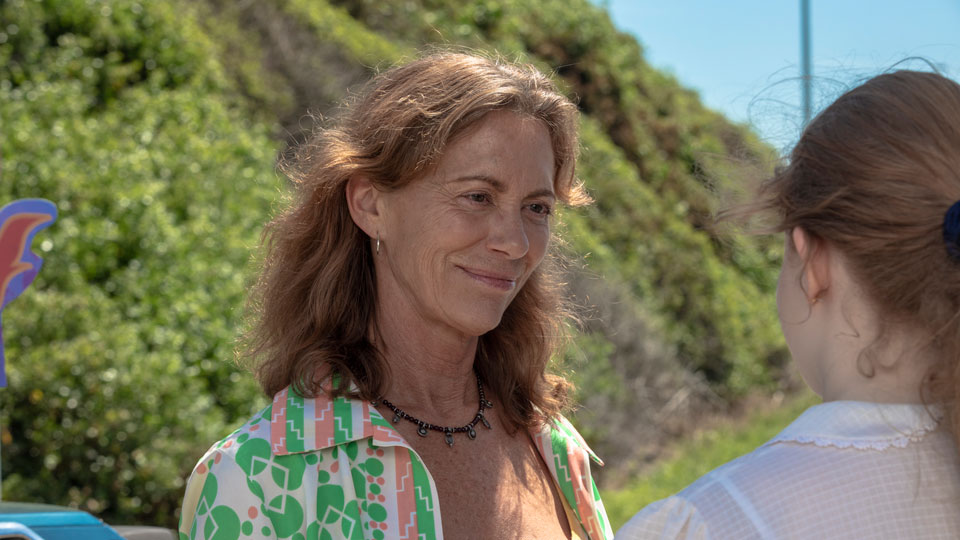 Seconds after picking up the phone and detecting a faint Californian accent, Kerry Armstrong is flying into an anecdote about sailing in San Francisco in the 1980s.

“I remember being there with Tim Robbins and Thomas Dolby, who sang She Blinded Me with Science, Armstrong tells The New Daily.

“We hired a yacht, and we told the man that we could sail – and of course, none of us could – and we got stuck out near Alcatraz.

“The boat started to tilt, the toilet overflowed, and we were in a lot of trouble. The guy really told us off when we got back. It was a classic.”

With a colourful career and personal life in her wake, the ever-energetic Armstrong, 61, is the opposite of the character she plays in Frayed, a dramatic comedy created by and starring Australian comedian Sarah Kendall [premiering Wednesday, October 16 on ABC].

Armstrong describes her role as sober widow and grandmother Jean as “a shadow of a person that you can’t quite figure out whether she was half alive or half dead”.

“It was quite disconcerting for me because I’m used to playing for comedy and being the buffoon.”

There’s no mystery to acting. If you’re given the role of Ophelia and you don’t think you’re Ophelia, chances are, we won’t either. You have to believe it before an audience will.

Oh, my heavens above. They guided me far more than I guided them. If I had to have my time over, I would give the dummy to me. My boys are the most delicious things. I’m incredibly proud of them.

That I’m really good at it, I love marriage, and I would love to do it again. [Her first was to late Australian Crawl guitarist Brad Robinson in 1981].

It’s something that time takes care of. In the beginning, time is agony. In the middle, time never stops and in the end, time releases you.

I’ll do anything to make people laugh, even if it embarrasses my kids. When I hear people laugh, it encourages me to keep going until their ribs hurt.

Hollywood looked after me as a young actress. I met people like Angela Lansbury, Joan Collins, Dyan Cannon … those women were phenomenal.

I’ve learnt that that the person who has been on the planet the longest has to be the most beautiful, otherwise this thing we call life is a joke.

I looked at myself out in the sunlight today and I saw so many wrinkles and things that I was overtaken with this gratitude that every now and then people will say to me, ‘You look beautiful’. How brilliant!

I’m sure-footed about my health. I have four days of eating pretty clean and healthy and three days of living outrageously and eating and drinking whatever I can get my hands on.

Oh my God, I was so bad at it! [In 2018 she was second eliminated on I’m a Celebrity … Get Me Out of Here!]. Everybody else was exciting! I realised I will never get my own reality show because honestly, I’m as dull as a wombat that’s been hit by a car.

What’s the greatest lesson you’ve learned about yourself?

I’m getting easier on myself as I’ve gotten older. I’m loving being irresponsible after years of being responsible.