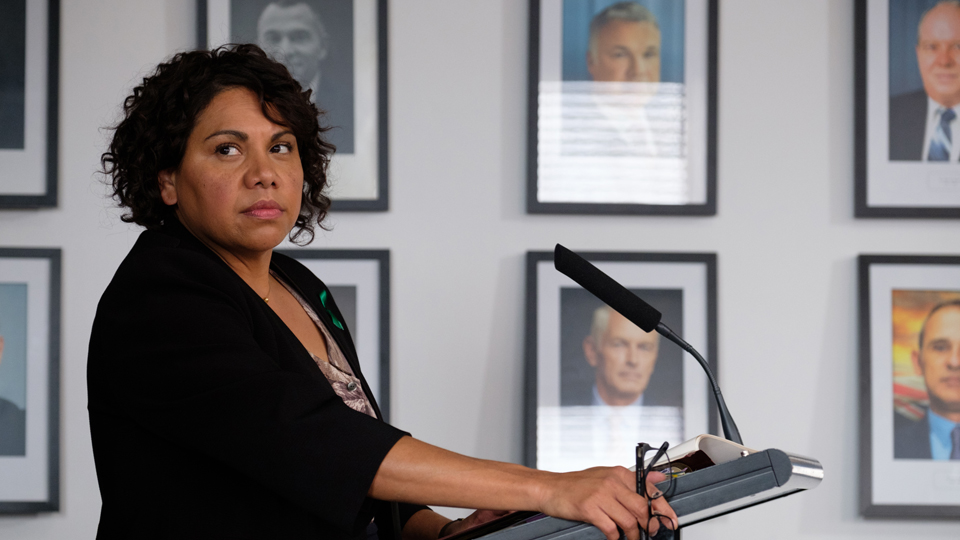 Six-part political drama Total Control (premiering on ABC on Sunday) caused a stir in September when, amid social media backlash, it was renamed from its original title of Black Bitch.

Controversy aside, its star Deborah Mailman is most keen on making great telly.

“I hope the audience loves the show because it’s good quality. That’s our intention,” Mailman, 47, who plays a green politician recruited into the senate after a contentious video goes viral, tells The New Daily.

“We just want to make the story interesting and the characters compelling so hopefully people are engaged and see a piece of the world that they may not know or have a real understanding of.”

Here, Mailman talks playing a pollie, her family and the side of her most people don’t usually see.

Parliament's in for a shake-up with these two running the joint. @rachelgriffithsofficial #DeborahMailman #TotalControlTV Starts Sunday October 13.

What drew you to this project?

I really loved the idea of a black female politician in Parliament, and I love that she smashes into this world in the most extraordinary way.

Tell me about working with Rachel Griffiths.

She’s fabulous. She’s an executive producer on the series, and she is very much about female empowerment and creating female roles that are complicated, contradictory, flawed and well considered. I’ve been a massive fan of her and her work for a long time, and it definitely lived up to my expectations. I love her.

Your character of Alex is tough and not easily intimidated. How did you relate to that part of her?

I’m not unfiltered in the way that Alex is. I’m probably more apologetic than she is, but I do have a fiery temper. It’s perhaps not something that people associate with me, but I’ve been like that ever since I was a girl.

What makes you angry?

It’s not angry, just frustrated. Passionate maybe is a better word. Rudeness gets my goat, and I don’t like unkindness. I don’t like people who think that they’re more important than anybody else. That will tip me over the edge.

How has your sense of power and control changed throughout your life?

Being more comfortable has made me feel more powerful. I’m comfortable with who I am as a person, as a woman and I’m confident in my craft. I still want to challenge myself both professionally and personally.

I’m 47 going on 48 years old now, and I think this the most comfortable and confident I have ever felt as a person. Having kids for me has changed all of my priorities, and they are the most important thing to me.

If anyone threatens my family in any way, shape or form, that’s when claws will come out. It’s the mama bear thing.

You’re the only female in the household (with husband Matthew Coonan and sons Henry, 12, and Oliver, 9). What is that like?

I love my boys. For Matt and me, it’s always about making sure that the love is absolutely there for them and that they know that and feel supported. The most unfortunate part of my job that I have to leave sometimes, but they know that’s just part of what I have to do. It’s never easier leaving my babies.

Show business can be a tough place. Have you developed a thick skin?

No (laughs). But I’m probably less caring of what people think of me than I used to be. It has been deliberate on my part for some time now not to work back to back. I have a rule around always making sure that I have that time with family.

How do you unwind?

I’m a real homebody. I love swimming because we live near the beach in Wollongong. I love gardening, and just sitting on the couch and watching TV.

Right now, I’d love to be at home for an extended stretch of time. I miss my rituals around home, being with the kids, and going swimming … I’m craving that at the moment.

Professionally, it would be great if season two of Total Control happens, but I’ve never been one to look ahead. I’m just happy to get through today, and then I’ll figure out tomorrow. That’s how I roll.