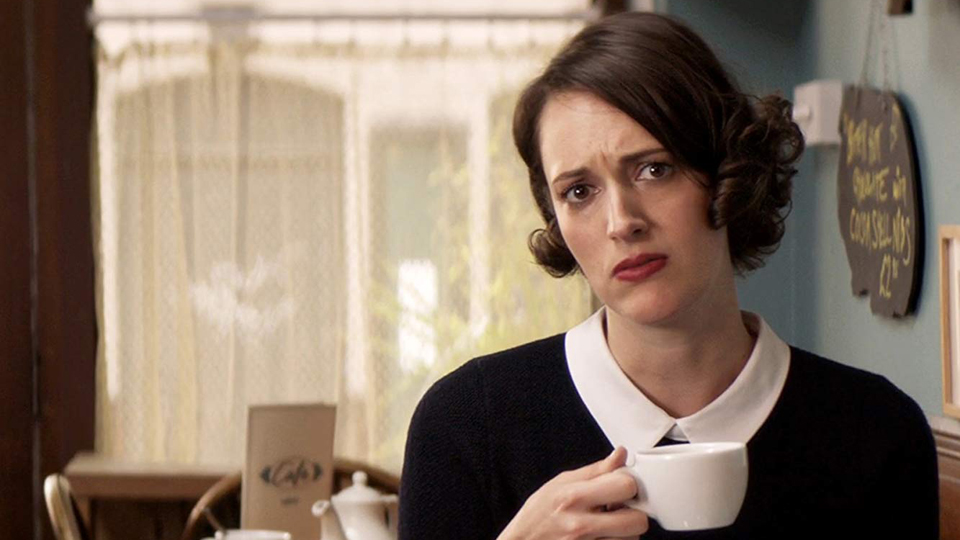 Director Todd Phillips recently told Vanity Fair he moved from raucous comedies like The Hangover to something as dark as Joker because he couldn’t be funny within current ‘woke’ culture.

“Comedies don’t work anymore,” Phillips claimed, “because all the f—ing funny guys are like, ‘F–k this sh-t, because I don’t want to offend you.’”

Social media was unimpressed, not least because this year’s Emmy’s demonstrated the extent of female comedians’ domination of the genre.

It was always going to require female comedy writers to outperform the brotherhood before they received due recognition. What’s distinctive about the new wave of women comics is their boundary pushing, particularly sexual boundary pushing.

And we, the viewers, are not invited to judge her.

Neither do we judge psychotic assassin Villanelle (Jodie Comer) in BBC America’s thriller Killing Eve. Waller-Bridge was the writer for season one and it shows.

As a killer increasingly obsessed with her investigator Eve (Sandra Oh), Villanelle is depicted with a girlish otherworldliness bolted on to a savage singularity of purpose – like Phoebe from Friends armed with an icepick.

Villanelle is so successful a comic creation it’s hard not to cheer her on even when she’s stabbing someone in the eye.

The success of Fleabag illustrates a distinctive 21st century comic theme: the most riotous comedy in recent years has involved women responding to the truly odd things expected of them in bed.

In Comedy Central’s Broad City Abbi has to adapt to the fact that her otherwise perfect new boyfriend, Jeremy, enjoys it when she pegs him wearing a strap-on.

Rachel Bloom’s Crazy Ex-Girlfriend sees Rebecca belts out various songs about the indignities and awkwardness of sex from a female perspective, most triumphantly with the notorious Period Sex, daring male viewers to squirm uncomfortably.

But, you say, I like watching comedy with the family and kids/grandparents aren’t that into shows about freaky sex and eye stabbing.

Look no further than Netflix’s Derry Girls, a warm, anarchic and hilarious comedy created by Lisa McGee, which recently concluded its second season on Netflix.

Set in the ’90s, Derry Girls tells the story of 16-year-old Erin (Saoirse-Monica Jackson), who is growing up Catholic in Northern Ireland during the Troubles.

Erin’s friends are an eclectic bunch: the overly emotional worrier Clare (Nicole Coughlan) wild girl Michelle (Jamie-Lee O’Donnell) Erin’s obtuse cousin Orla (Louisa Harland) and James (Dylan Llewellyn), Michelle’s English cousin who has to attend the girls’ school on the assumption that at the boys’ college his accent would see him beaten up.

Derry Girls is a character driven gem, anchored by brilliant performances. But so many of the comic situations while common to teenagers everywhere, have specific links to how the Troubles touch all aspects of life in Derry.

Erin’s mother becomes obsessed with discovering the twist to The Usual Suspects after her cinema is evacuated through a bomb scare; the family on holiday find themselves caught up in an Orange walk, and then discover an affable IRA gunman in their car boot trying to sneak across the border.

A constant for the girls (and James) is the absurdity of authority figures, from their cynical teacher Sister Michael to Erin’s constantly flustered parents and grandfather.

Derry Girls knows how parents seem like complete freak-shows to their teenage children but resists the temptation of caricaturing them completely.

A similar balance is drawn between normalising the Troubles in the girls’ lives (e.g. hiding vodka from soldiers during bus searches) and not trivialising their impact. Season one ends with the girls dancing joyfully on stage at school to The Cranberries’ Dreams while at home their parents absorb news of the 1993 Shankill Road bombing.

These programs show the future of comedy is female. Not exclusively of course: there are still plenty of terrific male comic writers.

But their recent dominance of TV comedy proves women inhabit the genre now as full citizens rather than just living in someone else’s world.

Fleabag and Derry Girls show women are killing it at comedy