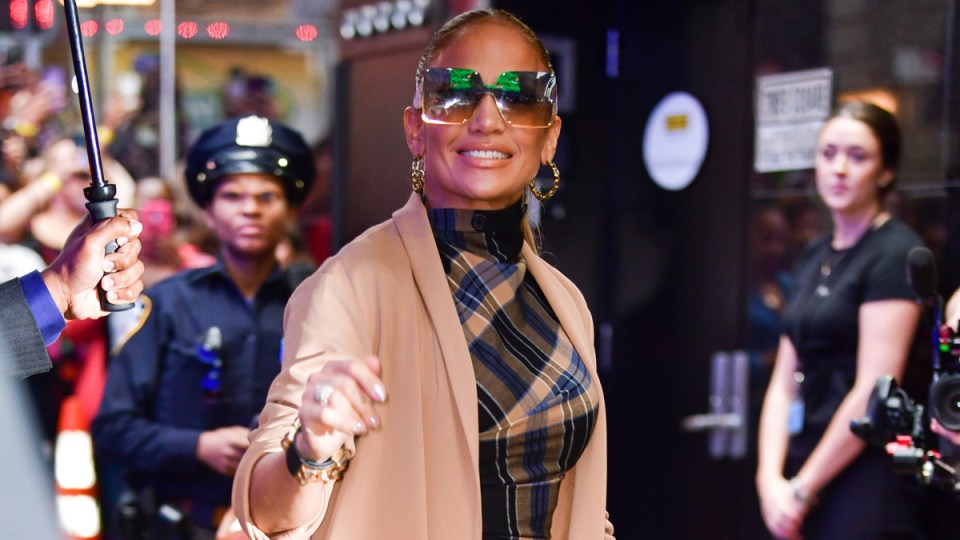 Jennifer Lopez (in New York on September 10) will star as a good samaritan in a Quibo reality show. Photo: Getty

Other stars are reportedy stampeding to Quibi HQ to get on board. Sure. Exciting. But what is Quibi?

It will deliver “quick bites of captivating entertainment, created for mobile by the best talent, designed to fit perfectly into any moment of your day” according to the Quibi site.

It’s slated to launch in April 2020 – accompanied by a razzle dazzle pop culture event – originally only in the US. Here’s what we know:

What sort of shows will be on it?

Everything from reality shows to documentaries, news, comedy and drama. The team is already working out how to reinvent talk shows and soapies, Katzenberg told Vulture.

Within the first year, about 7000 pieces of content from filmmakers including Sam Raimi and Guillermo del Toro will be available, Katzenberg said.

So far, the most hyped project is a Steven Spielberg horror series that can only be seen at night.

There are reboots as well as original content: second looks at Punk’d, The Fugitive, Varsity Blues and How to Lose a Guy in 10 Days are all in development. And Vulture reports Vikings’ Michael Hirst is working on a historical biopic about Charles the Great.

How will it all work?

According to execs, the library of Quibi content – feature length films that unfold in chapters of around eight minutes – will be developed from the ground up.

“What you can’t do is take an hour-long TV show and chop it up,” said chief executive Meg Whitman. “It has to be written and shot for this use case.”

Said Katzenberg, “We are long form that’s going to be told in chapters.”

Quibi’s first target audience is aged between 25-35, the demographic that finds time during the day to play mobile games, flick through social media or watch user-generated content.

Katzenberg likened it to when HBO disrupted the traditional broadcast TV model in the 1990s by releasing original shows (Sex and the City, Band of Brothers) without commercials or adherence to TV standards for violence, language and sex.

How else is it different from YouTube or social media?

Quibi plans to stand out from similar free entertainment on Facebook or Snapchat by throwing big money at its shows – about US$1 billion in the first year – with backing from Hollywood heavyweights.

How much will it cost?

Quibi will reportedly have two price points: US$4.99 gets you a short ad before each video, $7.99 is ad free.

What exactly will JLo be doing?

Warming hearts. Over ten Quibi-sized episodes, the Hustlers star is the leading lady of Thanks a Million, where she will hand out US$100,000 to ten people down on their luck.