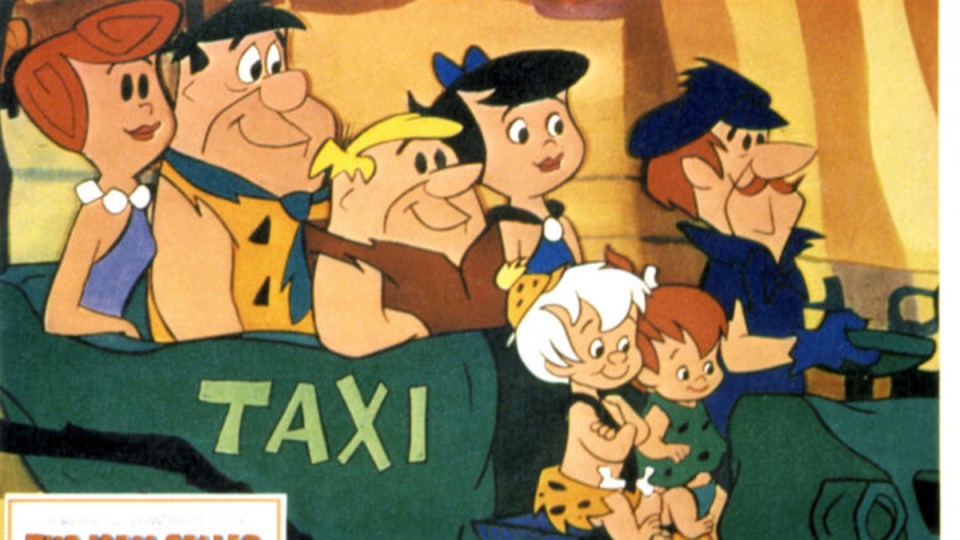 The Flintstones premiered on September 30 in 1960. Photo: Getty

From the town of Bedrock, they were a page right out of history.

On this day in 1960, September 30, the Flintstones made their debut on TV screens across the US and later became a worldwide hit.

By season three, the Flintstones had welcomed baby daughter Pebbles to their Bedrock abode.

While a cartoon, the show wasn’t really considered family friendly at the beginning: It ran later in the evening and was originally sponsored by a cigarette brand, with the writers initially hoping to target adult audiences.

And Fred and Wilma were the first lovers to be pictured in bed together during a prime-time television slot – racy for the time.

Created by William Hanna and Joseph Barbera, The Flintstones premiered on ABC in 1960 and ran for 166 episodes over six seasons.

Dozens of spinoffs, films and even theme park rides were inspired by the Stone Age characters.

It was the longest-running animated show until The Simpsons began in 1989.

On this day: Yabba-dabba-doo! The world met Fred Flintstone