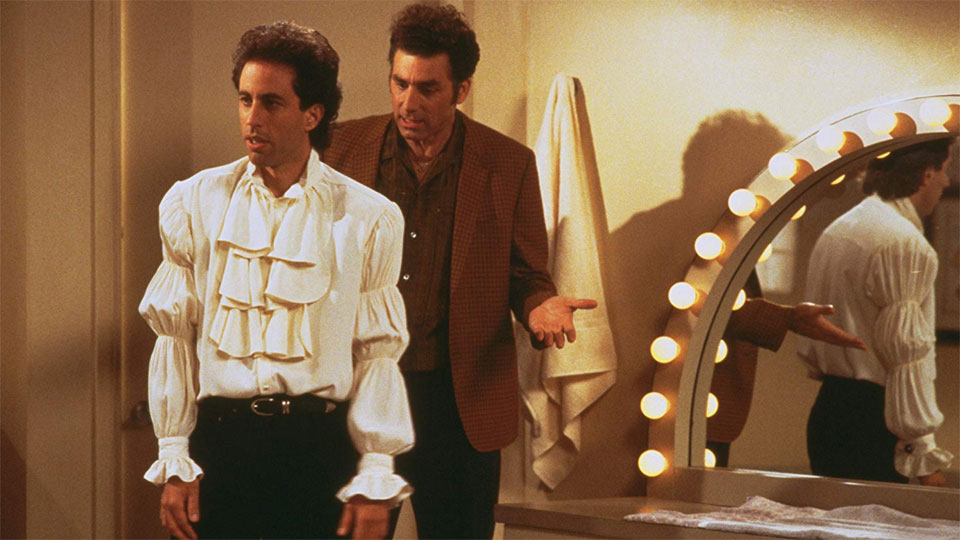 Seinfeld will have the hand and be master of a new domain starting in 2021.

Netflix has snatched worldwide rights to all 180 episodes of the iconic series away from streaming rival Hulu in the latest round of the war for classic TV sitcoms.

“It is as fresh and funny as ever, and will be available to the world in 4K for the first time.

We can’t wait to welcome Jerry, Elaine, George and Kramer to their new global home on Netflix.”

All 180 episodes of the Emmy-Award winning Seinfeld are coming to Netflix — worldwide! — starting in 2021 pic.twitter.com/tLvcCKH4vl

The good news for Netflix comes after it lost the rights to two of its most popular 2018 series, The Office (which will be part of Comcast’s streaming platform in 2021) and Friends, which is moving to WarnerMedia’s HBO Max in 2020.

The new, five-year Seinfeld streaming deal is worth more than $728 million and covers global rights, according to The Hollywood Reporter.

In 2015 when the Hulu deal was first reported, it was estimated the streamer was paying around roughly $1.27 million per episode for the series, or $233 million annually.

Netflix was reportedly “particularly aggressive” in its tactics to win the hotly contested battle for Seinfeld, which won 10 Emmys from 68 nominations during its run from July 1989 to May 1998.

The deal, first reported by the Los Angeles Times, will bring Seinfeld’s global streaming rights under one roof for the first time, according to the Hollywood Reporter.

Hulu’s current six-year, $189 million deal is for domestic rights only.  Amazon has held rights in most other territories around the world.

The lucrative deals for Friends and The Office also only cover domestic streaming rights.

The new deal will be something of a homecoming for Jerry Seinfeld. Netflix also streams his short-form series Comedians in Cars Getting Coffee and stand-up special Jerry Before Seinfeld.

According to Nielsen consumption data, binge-worthy old favourites like Seinfeld are major drivers of traffic on streaming platforms.

In 2018 Netflix users in the US alone watched about 85 billion minutes of The Office and Friends – about 25 hours for every Netflix subscriber in the country.

Fabulous as this news may be for Netflix, one technology website claims the announcement has a downside for Seinfeld fans.

According to Gizmodo, Netflix is missing one of Hulu’s “killer” features for streaming the series and fans “may see their Seinfeld-streaming experience degraded by the platform shift.”

Right now, the Seinfeld page on Hulu has a feature on the landing page that lets users navigate all the show’s episodes.

“Nearly a dozen series-specific tags help filter Seinfeld episodes by popularity, breakup-related episodes, and episodes with a crime theme, among others,” reported Gizmodo.

“There’s even a Beginner’s Guide.”

Such features aren’t currently available for Netflix’s retro sitcoms but the platform has plenty of time to work on that before Seinfeld officially lands there in 2021.