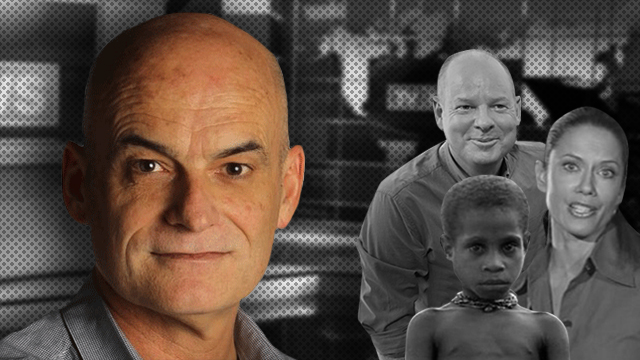 Garry Linnell on TV's cannibals – and what really happened during the infamous Wawa incident. Photo: Getty/TND

Just over a decade ago I sat in an office at Channel Nine’s headquarters in Sydney deciding whether to stop a high-profile television host from saving a six-year-old orphaned boy about to be devoured by cannibals.

Naomi Robson, the host of Today Tonight, was heading to the unforgiving malaria-infested jungles of West Papua along with a film crew from the Seven network.

Their mission: To save Wawa, a young boy profiled earlier that year by Nine’s 60 Minutes who lived among the last people on Earth to reportedly practise cannibalism.

I was reminded of the battle to save little Wawa as Sunday night’s Logie awards became embroiled in more than the usual round of television industry navel-gazing and hand-wringing. But as they say in current affairs TV … more on that shortly.

Little Wawa’s neighbours believed him to be possessed. Such a curse, they maintained, could only be cured by eating him.

According to Seven’s publicity machine, those neighbours were now sharpening their knives and doing passable impersonations of a ravenous Gordon Ramsay.

Seven intended to find Wawa, spirit him away from his small village, place him in a “safe’’ home and then trumpet how they had saved ‘The Boy 60 Minutes Left Behind’.

As the director of News and Current Affairs at Nine, I understood just how much was at stake. A large cooking pot was starting to boil somewhere in the lush jungles of West Papua and Wawa would require just a little seasoning before he was added to the menu.

But far more life-threatening was the potential ratings bonanza for Seven.

The initial 60 Minutes report about Wawa had pulled in more than two million viewers and saving him would be a coup for Seven.

The network would drag the story out over a week, saturating prime time with “promos” that would not only guarantee an easy ratings win around the country but would give Today Tonight a lead over Nine’s A Current Affair that might be difficult to overhaul.

I also knew that with one telephone call Seven’s brazen attempt to humiliate Nine might be stopped.

Robson and her crew were said to be travelling on tourist visas, something the Indonesian government did not kindly look upon.

There had to be a way of explaining to the Indonesians that it was not a good idea to allow an Australian television crew to traipse through their jungles without the proper credentials.

What to do? I wrestled with the dilemma. There were ethical issues to ponder. Moral implications to be considered. Several long and excruciating seconds later, I came to a decision.

In war, you can just about excuse anything. I picked up the phone and began dialling.

Of course, all hell broke loose after that.

Robson and four colleagues were arrested after entering Indonesia and deported a day later. Seven accused Nine of deliberately sabotaging their mission to save Wawa. I hit back, describing such claims as unsubstantiated and beneath contempt. Everyone began piling on.

An anthropologist from the Australian National University claimed on radio that “… the real cannibalism here is the desire of these two channels to consume each other’s audiences and market share”.

And so to Sunday night when Tom Gleeson’s successful and highly provocative campaign to win the Gold Logie was criticised for the way he relentlessly mocked other contenders.

What his critics really meant was that Gleeson was not taking the industry seriously. He wasn’t being reverential enough.

As a good comic should, he had hit a sensitive nerve.

“I have ruined the Logies, and it’s never going to happen again,” he said.

“Our industry is dying and I am part of that!”

Gleeson was talking to a room filled with nervous people. Just like every business affected by the disruptive forces of new technology and media, the world of free-to-air television is being rapidly turned upside down by rivals such as on-demand streaming services. Audiences are shrinking. So is revenue.

All Gleeson was saying is lighten up. Stop taking yourselves so seriously. It’s television, people. It has only ever been about entertaining.

Which reminds me. Wawa was eventually saved and adopted by a well-meaning family.

If he’s out there somewhere and happens to read this, I have a message for him.

Get in touch, young fella. Lunch is on me. Perhaps we could get you a seat at next year’s Logies.