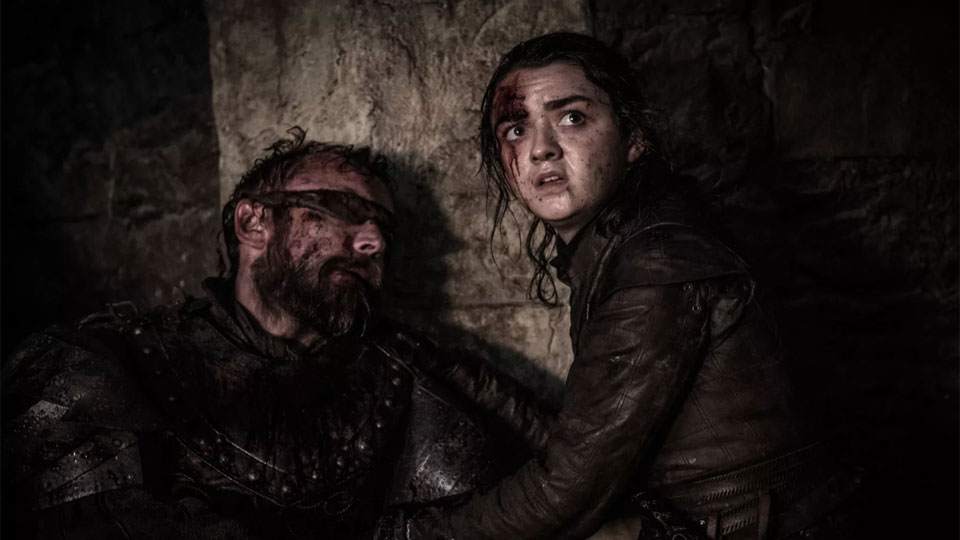 While Arya’s heroics were meant to be the dramatic high point of Game of Thrones’ Battle of Winterfell, they were nearly overshadowed by the darkness of the whole episode.

Frustrated by straining their eyes to make out what was happening during the 40-minute clash between the living and dead, even diehard fans vented on social media.

Many wanted to know who actually died.

“Did HBO call this the largest battle in cinematic history knowing we wouldn’t be able to see if that claim was true?” asked one user.

But GoT’s cinematographer Fabian Wagner – who also worked on celebrated episodes including Hardhome and Battle of the Bastards – is having none of it.

“Everything we wanted people to see is there,” he told UK Wired after complaints about the darkness.

When asked how he really knew if The Long Night wasn’t too dark for home viewers, Mr Wagner doubled down.

“I know it wasn’t too dark because I shot it,” he told TMZ.

The problem lay not with the show’s production team but with people’s viewing setups, insisted Mr Wagner.

“A lot of the problem is that a lot of people don’t know how to tune their TVs properly,” he told Wired.

“A lot of people also unfortunately watch it on small iPads, which in no way can do justice to a show like that anyway.”

Here are my favourite moments from the latest episode: pic.twitter.com/GQDSYdV9eq

me trying to see who’s dying in the darkness#GameOfThrones pic.twitter.com/vrkpTdQqjJ

The pixelation and gloopy colours were the result of HBO’s compression of the episode, which leads to poorer quality, Mr Wagner said.

The problem gets worse if the show is watched on a streaming service with a slow connection.

Mr Wagner’s advice? Don’t watch the show on your phone, and turn off the lights. Night scenes shouldn’t be watched in a brightly lit room.

During its eight-season run, Game of Thrones has grown visually darker to match the subject matter. The pointy end of proceedings is no place for crystal-clear backlit scenes, it seems.

“The show runners decided that this had to be a dark episode,” Mr Wagner said.

“We’d seen so many battle scenes over the years – to make it truly impactful and to care for the characters, you have to find a unique way of portraying the story.”

He expanded on the artistic vision when talking to TMZ: “We tried to give the viewers and fans a cool episode to watch.”

The episode was shot at night over 11 weeks, with many stars talking since about the physical and emotional demands.

It was worth it, Maisie Williams (Arya) told Entertainment Weekly: “After one of those really tough days, you know it’s going to be part of something so iconic and it will look amazing.”

Will it? The jury in the cheap seats is still out about that.

“There’s a fine line between creating atmosphere for your audience – who have waited eight seasons for a battle of light versus dark – to leaving them completely in the dark,” Ms Barrott said.

According to Mr Wagner, that fine line wasn’t crossed.

“Personally I don’t have to always see what’s going on because it’s more about the emotional impact,” he said.

“With a lot of hype comes a lot of criticism. People love to find something to talk about, and so that’s totally fine.”

On the plus side, the episode set a new single-night record for the series, drawing 17.8 million viewers.

It beat the previous high from season eight’s April 14 premiere.

Game of Thrones cinematographer claps back at darkness complaints