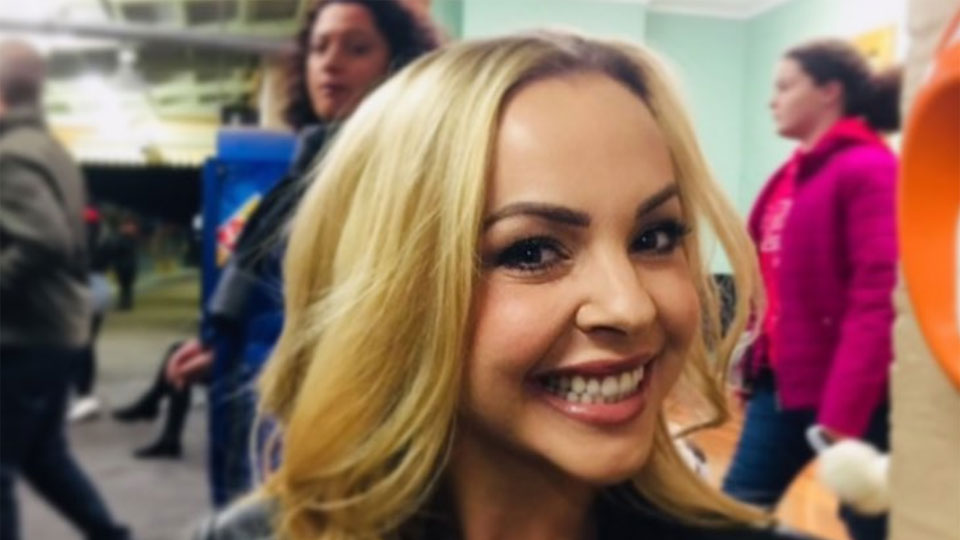 Angie Kent (on Instagram on February 3) has called herself a "cutie patootie" and is a savvy social media operator. Photo: Instagram
opinion

Network Ten, I heart you.

Naming former Gogglebox scene stealer Angie Kent as the titular star of 2019’s series of The Bachelorette is a genius media move after last year’s total fizzer with Ali Oetjen at the helm.

The announcement makes Angie a serial reality TV star – in January she hit the jungle in I‘m A Celebrity … Get Me Out Of Here – but like housemate Yvie Jones (who was runner up on I’m A Celebrity) she’s definitely not one who has already worn out her welcome.

The 29-year-old bagel and dog enthusiast is a gem onscreen. She’s innately cool and genuinely funny – eight seasons of Gogglebox Australia proved her sense of humour is charmingly filthy – in an industry which prides itself on uncovering new talent but often ends up with hoary old chestnuts.

Queenslander Angie is the rare talent who brings authenticity to the fake world of reality TV and will give The Bachelorette the warmth it lacked in 2018.

Oetjen almost steered the franchise onto the rocks with her carefully-designed ‘natural’ persona and stream of New Age platitudes that grated with viewers and critics.

Her successor is the polar opposite. Where Oetjen was Barbie –  a plastic version of a desirable modern woman – Angie is more in the mould of Sophie Monk, whose turn at the helm of The Bachelorette in 2017 broke ratings records.

The pair share the same natural sense of self, but where Monk relied on self-deprecation, Angie brings a caustic brainy vibe.

How about a message from the birthday girl … pre-jungle of course 💁🏼‍♀️ ‘Angie’ votes to 19951010. Would be the perfect gift👌🏼 🎁 #HappyBirthdayAngie #imacelebrityau

In an interesting twist, Ten also went with a ‘geek’ to hand out the roses on this year’s The Bachelor, plucking astrophysicist Matt Agnew from total obscurity to try his hand and heart at reality stardom.

“I’ve always been the girl who loves to make everyone laugh, but now I reckon it’s time to have someone to laugh with me, rather than at me,” Angie said in an Instagram post.

“I’m at a place now where I have loads of self-love, but I’m also open to all of life’s amazing possibilities.”

Maybe not all. Angie’s search for love reportedly doesn’t extend to a desire to get married, which will make for interesting mansion small talk when her romantic hopefuls ask if they can grab her for a chat at cocktail parties.

Does that mean she’s not there for the fabled “right reasons”?

Does it matter? Her personal dreams are almost beside the point, oddly, and her main role will be to fulfil the desires of what the show’s audience (and producers) want in their leading lady.

On the wish list for Ten and fans: someone who will be interesting, relatable and not an idiot constantly posting a stream of photos of herself doing yoga. Tick to all.

Well … it’s official – I’m the new Bachelorette! 💃😱🌹 I’ve always been the gal who loves to make everyone laugh, but now I reckon it’s time to have someone laugh with me, rather than at me. My heart is full, and after years of experiencing all life has to offer I finally have enough self-love and I’m open to all of life’s amazing possibilities. So, if 20 or so fellas want to get to know me and potentially end up being my partner in life and love – I say “why not?! Who am I to turn down the chance to find love?! Let’s give it a red hot go!” Watch this space –the adventure awaits! #BacheloretteAu

With over 66,000 social media followers, Angie had enough of a fan base to finish in the top five on I’m A Celebrity and said in an exit interview why she wouldn’t mind having a crack at looking for love on TV.

“I always said, ‘God no!’ But you know what, I think after having more time on television now and being on the other side of the couch … I reckon I could be an alright bachelorette,” she told Yahoo.

“I’m definitely open to finding somebody. Home girl’s not getting any younger, so for sure.”

BFF Yvie mooted the idea of Angie having her as a “wingwoman” on the romality show.

“Angie would be the best bachelorette because she really doesn’t do intimacy well, and I think a man would lean in to have a little (kiss), and she’d just go, ‘pull my finger’,” Yvie told Studio 10.

“It would be the most brilliant bachelorette you’ve ever seen, with me making all the decisions.”

I didn’t take home the crown but I am taking home a heart full of love and a big old noggin full of memories! I could sit here and list all the best bits, but I would be here forever and your eyes would bleed out. This little video doesn’t show half of how I feel about being on @imacelebrityau but it certainly made me SO happy and excited to watch the show. Thank you to my camp mates and all of you back home in Australia who supported us all! #imacelebrityau #motherafrica #junglefever

The trouble for Ten will be finding 20 potential partners capable of matching it with Angie’s razor edge wit and verve. The series is casting now, and the new star has asked interested parties to “give it a red hot go.”