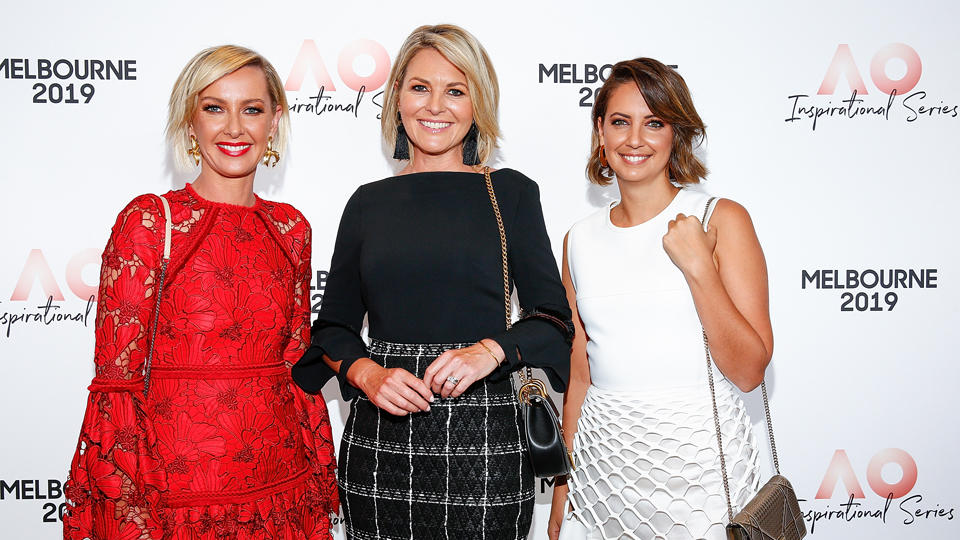 The latest twist in the ongoing saga of Nine’s beleaguered Today has seen the network’s news boss furiously slam a report about the breakfast show as “reckless and defamatory.”

“They find her cold. An ice maiden,” the story quoted a ‘network insider’ as saying.

But Nine, which has been reluctant to discuss Today’s plummeting ratings since its January 14 relaunch without Karl Stefanovic, Sylvia Jeffreys or Richard Wilkins, came out swinging in defence of Gardner.

“This is one of the most deliberate acts of bullying I’ve ever seen. There are no facts attached to the claims,” Darren Wick, the network’s director of news and current affairs, said in a statement on Thursday.

“Nine’s position is that this is an outrageous, false, reckless and defamatory attack on Georgie Gardner and the Today show.”

The news boss added that the story’s allegations about Gardner being an “ice maiden” who “is somehow responsible for the poor numbers of the show this year is a fabrication and irresponsible reporting”.

A Nine source told The New Daily that legal action about the inflammatory story was “under consideration”.

Hosting Today on Thursday, Gardner seemed unfazed by the brouhaha.

A smartphone that folds out to become a tablet?! @Samsungmobile have just released it and @trevorlong has the details. #9Today pic.twitter.com/bNbpg4Kr4L

The Telegraph story also claimed the “research” showed “the dynamic between the hosts is one major issue” and focus groups “don’t know” who the other Today presenters – including Deb Knight, Brooke Boney and Tom Steinfort – are.

It said that after Today drew its worst numbers since 2006 on Monday (a national audience of 168,000 compared to about 300,000 for Seven rival Sunrise), Nine executives held “a series of closed-door crisis meetings”.

He said that he supervised “a number” of focus groups during the last six months of 2018, “and the feedback from those viewers was overwhelmingly positive” about Gardner.

“She rated head and shoulders above every other on-air presenter,” Mr Wick said.

“That’s consistent with all Today focus groups we’ve held during the last seven years, while I’ve been in the national news director role.”

A very tough week, a challenging year. Huge congratulations @karlstefanovic_ for a 14 yr tenure hosting one of TV’s most demanding gigs. You brought a new brand, straddling the serious stories along with endless laughs (see YouTube!) You taught me plenty, it was never boring. X

On February 12 after a Today show gaffe – lewd on-air jokes about Dolly Parton’s breasts – a leading media strategist told The New Daily the “hot mess” show could lose advertisers as well as turn off viewers.

“They’ve taken the fun away and replaced it with something cringeworthy,” said Virginia Hyland, owner and founder of Sydney communications agency Hyland.

“The trouble is you lose credit really fast in this market.”

Ms Hyland hadn’t heard in the market “yet” of big dollars being pulled from Today, but “they don’t have a lot of time to get it right”, she warned.

“It won’t take long. The nightmare with the Dolly Parton thing … plus maybe another week or so of poor ratings, and you’ll start to see a shift in business decision making.”

Mr Wick said he wasn’t shying away from “the weaker numbers” Today had recorded this year.

“But just five weeks into a new team on air, we’re not about to hit the panic button.

“We’ve been through this battle before with other programs, where a section of the media is quick to write us off. We’re in for the long haul.”

‘Under siege’: Trump reveals FBI raid of home
Revealed: Australia’s richest postcodes – and professions
Colour and triumph for Australia as Commonwealth Games close
Monkeypox vaccines arrive for most at risk
Russia ‘using nuclear plant as base’ as UN slams attacks
Father, son get life for Arbery hate crime
Marvel in the middle: How Disney is set to shake up streaming
Today's Stories