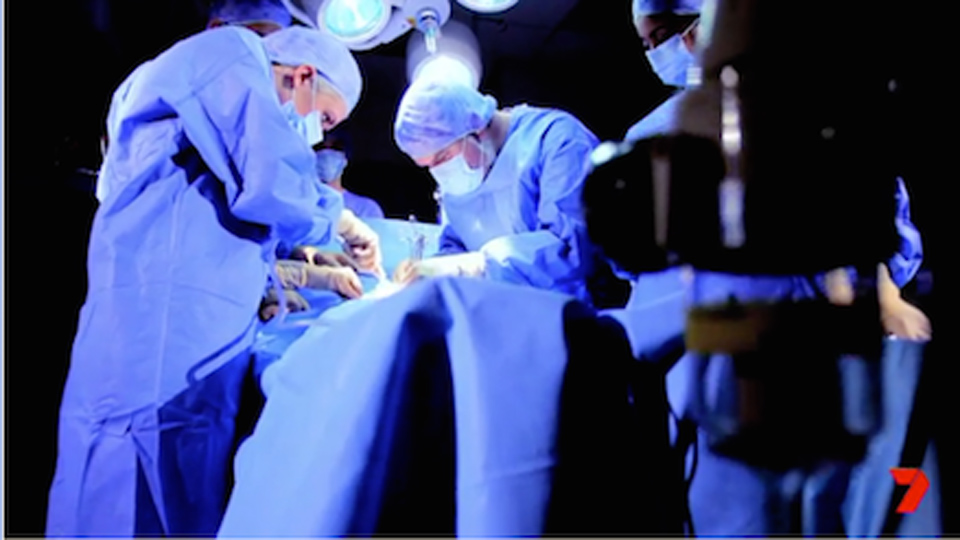 Channel Seven has pulled the live screening of open-heart surgery, following outrage voiced by surgeons, The New Daily can reveal.

Operation Live has been described as treating surgery like a live sport broadcast, and was due to broadcast open-heart surgery live and unedited on Sunday night.

For “production reasons” and following concerns from surgeons, Seven will instead follow the caesarean section birth of a baby at Sydney’s Mater Hospital, The New Daily can exclusively reveal.

This episode was originally slated to air on Monday night. This episode may or may not be filmed live, depending on the needs of the mother and her baby.

Just days before the premiere of what should have been a two-night, two-operation event, a Seven spokesperson confirmed to The New Daily that Operation Live has been “revised”.

A network news release in December trumpeted Operation Live as using “real-time multi-camera set up, capturing every compelling moment from the first incision to the very last stitch with the patient’s life in the surgeon’s hands”.

Instead, the heart operation (arguably the more contentious of the two) will be “delayed for now”.

Other caesareans will be filmed “as live” on Sunday and, should the one planned for the 9pm broadcast not go ahead, then one of the earlier operations will be broadcast instead.

The Royal Australasian College of Surgeons president John Batten told The New Daily that live surgery transmission was appropriate in professional education but not for “tantalising” TV audiences.

The college wrote to Operation Live’s producers, ITV Studios, expressing “grave concerns” and strongly suggesting the show be pre-recorded and edited in case anything goes wrong or it distracts the surgical team.

“In live surgery for education, things have gone wrong … and go wrong very quickly, particularly in heart surgery. I have heard of a case of somebody dying and, if that happened, there would be terrible consequences. It might have nothing to do with the surgeon but that’s what can happen,” Mr Batten said.

“Live surgery has a place in fellows education because they have the knowledge and the understanding whereas the public don’t.”

The protocols and practices of surgery are “beyond the understanding of a TV producer”.

The college’s opinion was “important” to Seven when deciding to revise Operation Live during the final weeks of its pre-production.

“But we listened to the whole team involved, before making this decision,” a network spokesperson said.

Operation Live is a British format, which was a critical and popular success on the UK’s Channel 5 last year. It showed three operations over three successive nights.

The Australian version features cardio thoracic surgeon commentator Dr Nikki Stamp and host Melissa Doyle. They will sit in a studio environment watching the operation on screens and commentate for the audience at home.

Some of the surgical team wear microphones and there’s a surgeon cam.

Dr Stamp previously appeared in a similar but pre-recorded documentary for ABC-TV’s Catalyst.  She said Operation Live will “empower” people “to ask questions” and not just place “blind faith” in doctors.

“The days of paternalistic medicine where there’s deference to the doctors looking after you are long gone and people want to know what’s going on with their bodies,” Dr Stamp said.

“Nobody would be involved in any project – in research or on television – if it was going to endanger patients.”