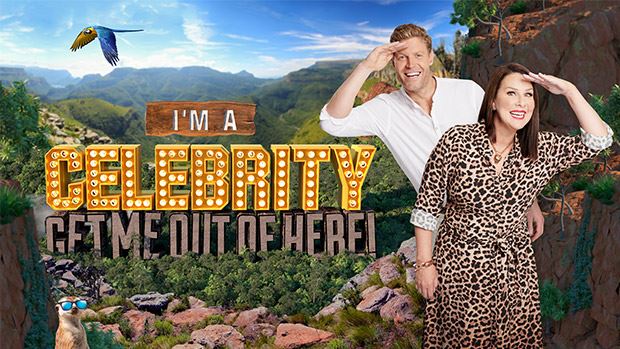 Entertainment writer Rosalind Reines reflects on the time she was asked to enter the jungle. Photo: Ten Play
opinion

I could have been one of the fabulous nobodies on I’m A Celebrity Get Me Out Of Here – a role for which I’m eminently qualified since I’m probably only well known in certain parts of Sydney.

Oh come on, you think I’m being harsh about the current jungle inmates on the Channel Ten reality show? Really? As some critics will agree, this new season is not exactly glittering with stars so bright that you have to avert your eyes from being blinded by the screen.

Actually it would have made more sense to shoot the whole thing at Dubbo’s Western Plains Zoo and then spend more of the budget on attracting some decent names.

Pamela Anderson is rumoured to be popping in for a few nights and not since Baywatch has her services been so sorely needed. She needs to give it the gift of life.

I mean, when you have to rely on pro TV fans, Angie Kent and Yvie Jones of Gogglebox `fame’, along with seasoned reality show contestants, Justin Lacko and footy legend Dermott Brereton, you’re not exactly marvelling at how the producers talked them into it. All they had to do was to wave their cheque books, throw in the odd free safari and before you could say Hakuna Matata, all that was left was to form an orderly line at the airport.

It was just before season one, in 2014, that I received a “potentially life changing” phone call. The producers of I’m A Celeb wanted to talk to me about going on the show. They were toying with throwing a gossip columnist into the mix.

Although I’d never watched the British version of the show, I knew my limitations; roughing it in the jungle was not for me. Besides, I was already the walking wounded, having recently twisted my ankle from tripping on a stair at a dinner party. (Back then I was still using a walking stick to get around.)

Of course, that made them want me even more. Visually at least I would be a jungle villain right out of a Disney film. Cruella de Vil goes to Africa.

Despite my concerns, I was persuaded to at least go in for a chat. And why not? I was fascinated to learn more about the show, which would be shot early the following year. I hobbled into a Fox Studios’ suite and the cameras started rolling the moment I sat down at a table and was instructed to talk about my life. Then we got down to the nitty gritty.

“I hate snakes,” I blurted out. “That’s my biggest phobia.”

The producers’ eyes lit up as they stared at me. They couldn’t believe their luck.

“You really do seem quite phobic,” agreed one. “I can see it in your face. How about we give you some special dispensation, so you never have to go in any snake challenges?”

“Besides,” said the second producer, agreeably, “the ranger will show everyone the ones that are poisonous.”

They didn’t get it – I can’t even look at photos of snakes.

A picky eater, I was also promised a vegetarian diet, which is just ridiculous when many of the challenges involve dining on beasts’ tongues, eyeballs, deep-fried gnats, all washed down with blood and guts ‘milkshakes’. But they didn’t mention that then. They said my biggest problem would be boredom.

Finally, they tried to win me over by offering an image makeover. Australia would start out hating me as a mud-raker but once I actually started wallowing in the stuff, they’d love me.

And even then, before seeing the full hell of this reality show, I wondered why anyone would put themselves through that.

Adamant that I would not go on, I was asked to at least go away and think about it. The money wasn’t discussed but it wouldn’t have made any difference. I would never pack my bags for Africa.

Have I regretted it? Not even for a nanosecond.