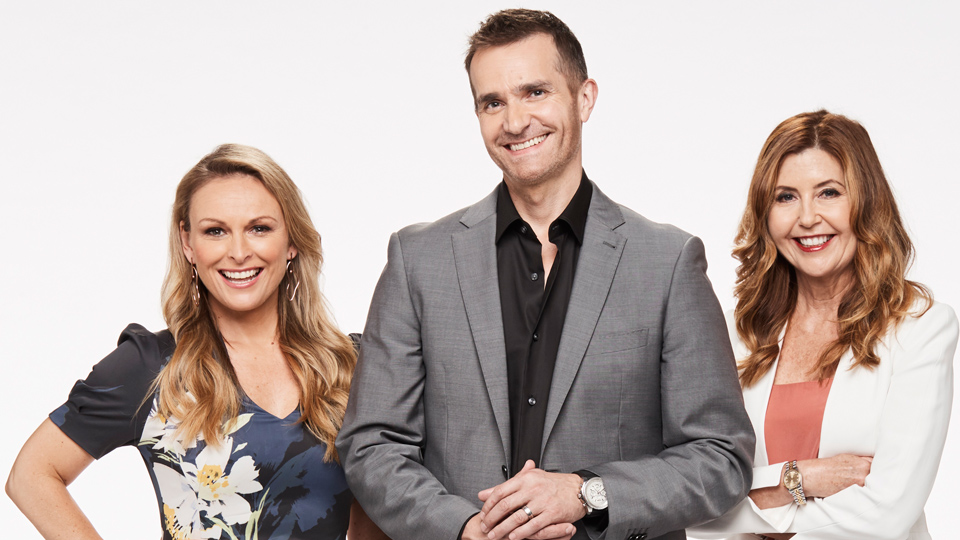 From the get go, the sixth season of Nine’s juggernaut reality TV smash Married at First Sight is a cracker, with a bride who loves transvestite make-up and excitement (“If I’m bored with you, you’re like a wet wipe, I’ll push you to one side”) and another with a weird brother complex.

There’s a 29-year-old virgin groom, a bride whose rhyming vows include the line, “If I’m being rude and I’m in a foul mood there’s a strong chance that I just need some food”, and one gent who includes his own good looks and love for fitness in his wedding pledge.

A sneak preview of a couple of 2019’s first episodes revealed the show has lost none of its guilty pleasure power, with glossier production values, higher-end weddings, no dad bodies – there’s a lot of men in linen jackets – and actual fisticuffs.

“We also have some great love stories this year. We do have love,” promised resident relationship expert, neuropsychotherapist Dr Trisha Stratford in Melbourne on Wednesday.

“And the women are the most competitive we’ve ever seen,” she said, pausing. “I’m trying to be kind.”

And according to psychologist John Aiken, another of the show’s experts, viewers need to buckle up for revelations even more headline-making than last year’s love triangle between Davina, Dean and Tracey.

“There are more episodes this year but also we keep it it fresh with some different twists.

“The basic journey they go on will be familiar but what we wanted to do this year was real-life relationship challenges which real couples experience over three or four years.”

Instead of just one plot twist amid the usual modus operandi of couples breaking down walls and building connections, “There’s a lot more bigger moments throughout the entire series,” promised Aiken.

In past seasons, the regular dinner parties where couples hash over grievances and talk about their ‘journey’ have seen fireworks, tears and sneaky pashes.

You ain’t seen nothing yet, said Aiken.

“It is absolutely jaw dropping. Shock and awe. We [experts] can go off after a dinner party or a commitment ceremony and spend up to an hour on the phone at 2am, debriefing about what we saw.”

Added Stratford: “We’re constantly surprised, but I think that’s why the show works.”

“These explosive things aren’t scripted. There’s a realness to what you’re watching and a lot of drama.”

The two experts, with offsider Mel Schilling, start matching potential contestants in June. They work individually on their matches before meeting at the end of July and whittling the wannabes down to 10 brides and 10 grooms.

“When we come together at that meeting we’ve had two months to look at our own matches and more often than not we have similar couples,” Stratford said.

Contestants undergo probing of everything from their personalities via questionnaires to pheromone testing in Stratford’s lab before filming starts in mid-September.

“Our tests will go over several months where we watch their auditions, meet them face to face and analyse all their data so we know what we’re getting,” Aiken said.

“Well, we think we know what we’re getting. But sometimes someone who has a huge personality during testing can shrink down to almost nothing on the show. It can be hard to pick.”

Potential true love is far from the only thing on their wish list, added the psychologist: “We have to think about things like different ages, different cultures, some people have kids, backgrounds, even hair colour.”

“You couldn’t have a cast full of blondes.”

Drama is a vital part of the show. How do the experts balance the need for blow ups with the twin goals of love and entertainment?

“It’s like real life. We can’t confect what happens, and that’s why people respond to it. It’s real,” Aiken added.

In future, MAFS plans to have same-sex couples – it tried this year but the matches weren’t strong enough – and both experts agreed the low success rate of relationships once cameras stop rolling is disappointing.

“We’re not happy we’ve only had one successful match over five series. We would like a higher strike rate,” Aiken admitted.

“But what we find is the transition from the experiment to the real world can be a real challenge, and distance is an issue. Each year we go in trying as hard as we can to get more over the line.”

Married at First Sight premieres on January 28 at 7.30pm on Nine and 9Now.