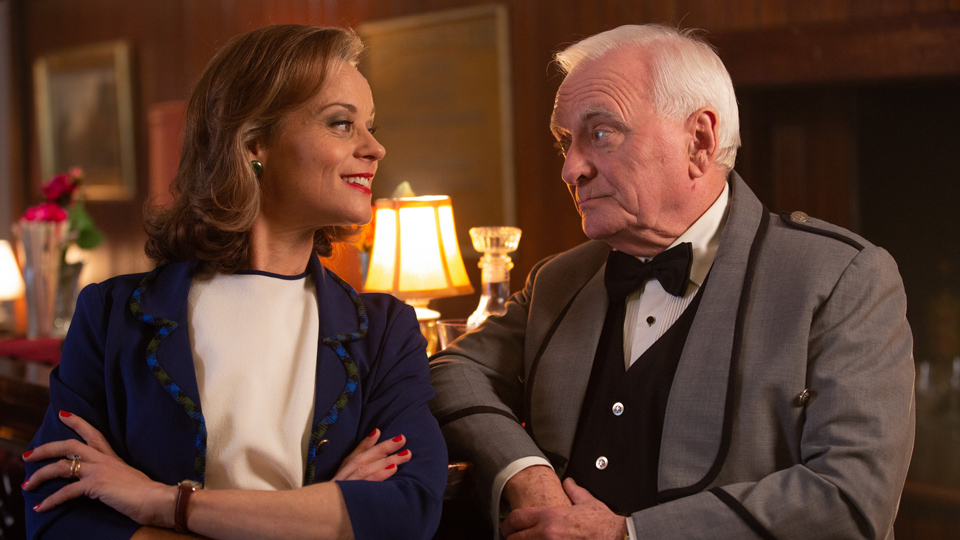 Ten months ago, Nadine Garner was about to start a packed year of filming on The Doctor Blake Mysteries when news broke that her co-star Craig McLachlan had been accused of sexual harassment by several actresses.

The controversy, now before courts, meant the four telemovies Garner and McLachlan were about to shoot were canned indefinitely.

The cast and crew of about 120 people were left out of work.

“I had lots of mixed feelings,” Garner, 47, told The New Daily over a mushroom soup lunch at Melbourne cafe Self Preservation on Thursday.

“When someone like Craig has such an extraordinary public downfall, part of you dies with them. Part of you is grieving for them, and you can’t fix it. You can’t make it go away.”

She “of course” reached out to McLachlan, 53, “but you know, he’s not readily accessible. He’s in a very dark place, trying to put his life back together, and early on I was very, very concerned for his mental health.

Initially resigned to having lost her life-anchoring role as housekeeper Jean in the series she’d starred in for five years, Garner found that after “licking my wounds” she wasn’t ready to give up on the Blake world.

“I kept hearing from people they still wanted the show, and eventually  [creator] George [Adams] and I started discussing relaunching the show in another way.

“The thing was I didn’t want to work opposite another actor.

“I didn’t want Craig to feel replaced. I’ve known him since he was 18. It was all too painful and awful, but I did want a job.”

The series, which ran on the ABC from 2013 before being picked up by Seven, was rebooted with Jean – who married her employer Dr Lucien Blake in the final episode on the ABC – at the centre of the action.

“We absolutely talk about him not being there,” Garner said.

But once the show was officially revived and shot over 13 days in June, associate producer Garner had another concern about McLachlan.

“A series of horrible events turned into something we could all benefit from, apart from Craig, who clearly is in despair,” she said.

“In my dark moments of lying away at night thinking, ‘How has this all come about?’, I wondered if certain people in the press would think of me as being opportunistic in leaping on the project without Craig there.

“But it’s just about surviving. It’s about having a job. I had no income without Dr Blake so taking the role was a necessity to live.

“I realised I couldn’t confuse my concerns about Craig’s mental health with my job and paying my bills.”

A single mother, Garner – who first made her name in showbiz as a child actor in The Henderson Kids in 1985 with Kylie Minogue – lives in inner Melbourne with sons Edan, 12, and Jem, 9, who she shares with ex-husband Cameron Barnett.

“I was dropping the kids at school and labouring all day,” she said.

“I’m not very good, mind you, so it’s small and imperfect, but there’s that real sense of genuine pride and feeling like it’s really my place.”

When the boys are at school, Garner reads, does yoga and is in the second year of a shiatsu diploma.

“I’ve always wanted to do something with hands-on healing. It’s always been part of my nature.”

In the early evening, she picks fresh vegetables from her little backyard patch and makes “chops and potatoes, or bowls with miso, noodles and salmon” for dinner.

“For all my wishing I had more control over my financial situation, I mostly feel really grateful I have two beautiful children, my health and  the freedom to pursue my interests,” she said.

She’s not in a relationship now, and “probably” doesn’t want to be, said Garner.

“I’m quite fixed in the way I want to live and having the children at the centre of my emotional world is very fulfilling. You want to remain open hearted but as I get older the way I restore is not being with someone else, but being on my own.”

After helping breathe new life into The Blake Mysteries, Garner was devastated when her mother Jan died earlier this year.

“I have to mention Mum because I drew heavily on her and my grandmother to play Jean, that very sort of upright work ethic and being very community minded,” she said.

“It has been one of those years. Don’t start me.”