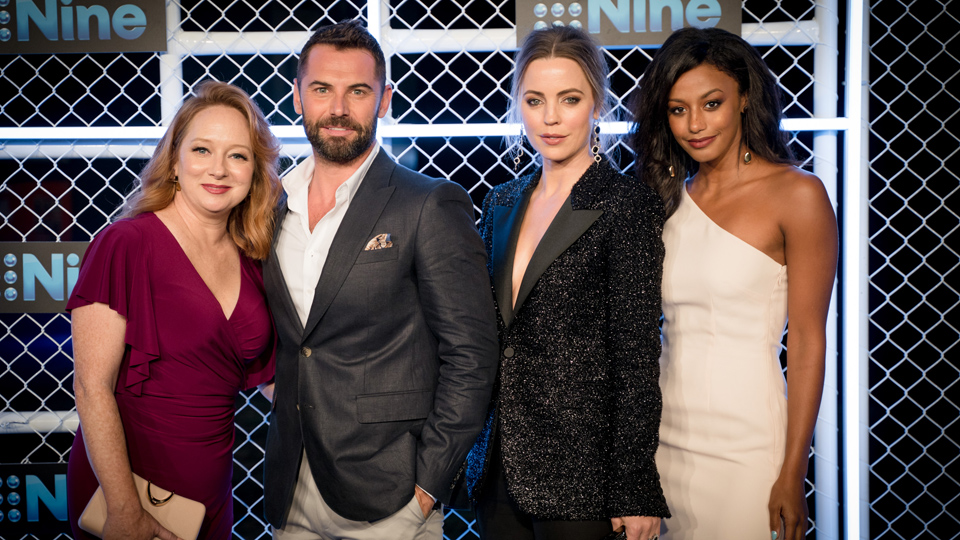 In the past month, the commercial TV networks plus the ABC and SBS have been busy dishing up previews of next year’s smorgasbord of reality TV, sport, documentaries, news and arts programming.

Amid the offerings: An array of homegrown drama. Here are the shows that – sight unseen – sound the most intriguing. And yes, death and women-led stories are going to be big:

Starring Rachel Griffiths (also executive producer) and Deborah Mailman in her first lead role, the six-episode series “is a story of high-stakes ambition, betrayal and treachery, playing out in the nation’s capital,” the ABC said. Griffiths plays an embattled prime minister who appoints charismatic Indigenous woman Alex (Mailman) to the Senate after a horrific event thrusts her into the spotlight. Cue power plays, betrayal and revenge.

Using teenagers and non-actors to tell the story, the provocative Australian drama dives into one of the biggest issues of the social media era – cyberbullying. The series “intimately imagines the lives of four teenagers, their friends, their families, their teachers, their communities during the lead up, revelation and aftermath of a nude photo-sharing scandal,” according to SBS.

The new baby from Bevan Lee (Packed to the Rafters, A Place To Call Home, All Saints, Winners & Losers) looks darker than his usual fare. The network called it “an intense, high concept contemporary drama series about two disparate worlds connected together by death and sacrifice in one and the chance for new life in the other”. No casting details have been released yet, which makes it more fascinating.

Promises: A chance to see Lee get gritty.

Asher Keddie and Alex Dimitriades star in the four-part psychological thriller that follows young couple Joanna (Jenna Coleman) and Alistair (Ewen Leslie) when they bring their baby from Scotland to Australia for a family visit and to fight Alistair’s ex-wife Alexandra (Keddie) for custody of his daughter. But when the pair’s baby vanishes, their marriage is changed forever by Joanna’s breakdown and public judgement.

Promises: To be the easy-to-take TV equivalent of a glass of prosecco.

It’s not strictly new, but a reboot of the old favourite nearly two decades after waves and hearts crashed on the Pearl Bay shores is enough to make anyone want to tune in to revisit TV’s hotbed of romance and community spirit. Sigrid Thornton is back as mercurial Laura, as is John Howard (Bob Jelly) and co-creator Deb Cox. “Time has passed and the world has changed,” Thornton said. “I trust we’ll all delight in the chance to explore how far we’ve come and how far we still have to go.”

My Life is Murder | Ten

A contemporary murder series shot in Melbourne starring Xena’s Lucy Lawless as “complex, compelling” investigator Alexa Crowe, the show sees its leading lady “provoke, comfort and push the right buttons as she unravels the truth behind the most baffling of crimes”. According to the network’s head of drama Rick Maier, “Alexa is that rare breed of television hero: She doesn’t give a damn how she solves the crime or who she offends in the process, as long as she gets it done.”

Another girl power vehicle that follows five women “juggling the big issues of love, family, careers, infidelity … and murder.” The women’s lives collide after “a series of shocking events” and the ‘bad mothers’  find fun and complications. The show has the apparent requisite ingredients for a 2019 drama (relationships and crime/mystery), a strong cast – Mandy McElhinney (Love Child), Daniel MacPherson (City Homicide), Shalom Brune-Franklin (Doctor Doctor) and a joker in the pack: the polarising Melissa George.

Promises: Pace and plots that are both relatable and not.

Is this the new Secret Life of Us? Five very different people meet on the singles’ table at a wedding and, boom, decide to buy a house together. “It could be genius, it could be a disaster – but they’re not putting their lives on hold any longer.” In line with Ten’s success with younger demographics, this one is for the millennials and fills a roommate drama void left empty since Wonderland.

Romance, mostly of the reality kind, is a staple of commercial TV programming. Ten rolled the dice and won with a semi-romantic drama this year (Playing For Keeps) and now Seven is having a crack, but with a blacker heart. According to the overview, three friends’ lives change when a “malevolent” stranger comes into their world. Think stalking, lies, high-stakes events and friendship reimagined as a drama thriller.

The 10 most intriguing new Australian TV dramas for 2019