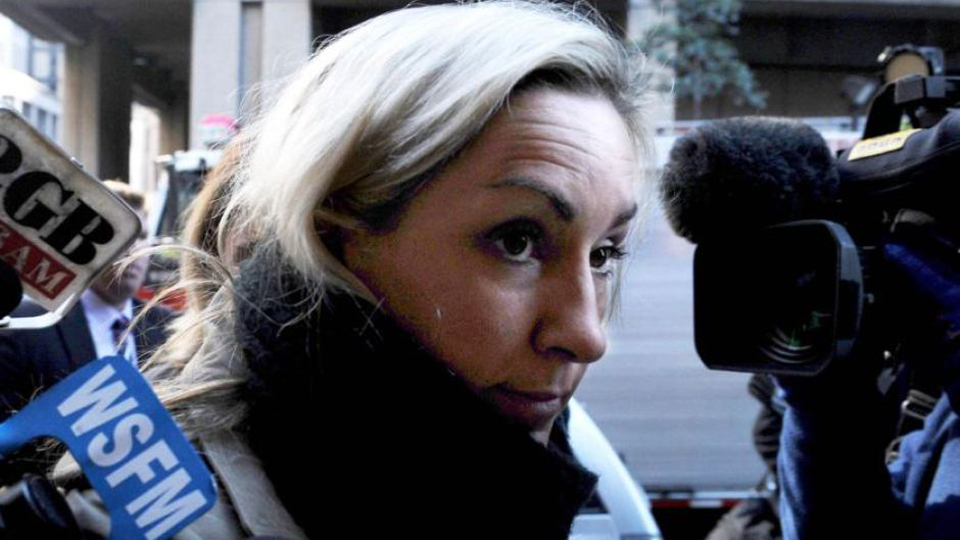 Lane's last hope of overturning her murder conviction was lost in 1996, when the High Court rejected her bid to appeal. Photo: AAP

Top ABC investigative journalist Caro Meldrum-Hanna is no advocate for the innocence (or guilt) of convicted baby murderer Keli Lane – despite the lead role she plays in the ABC hit, Exposed: The Case of Keli Lane.

“When the jury found her guilty [of killing her newborn daughter Tegan], because I have great faith in the justice system, I thought, no, the jury has made their decision. They are the arbiter of facts and that’s what they’ve found,” she told The New Daily.

But Meldrum-Hanna suggests now they may not have known enough to make that call.

“What we did discover was that the police investigation was very much incomplete when the trial was beginning,” Meldrum-Hanna said.

“After episode three [airing on the ABC on Tuesday, October 9] there will be a lot of people questioning how she ended up sitting in a jail cell. Was it proved beyond reasonable doubt that not only is that baby dead but did she do it.”

And her view on that?

“I think there are problems and legitimate questions to be asked about her conviction and, in terms of where Tegan is, that’s still the mystery.

“There are certain parts of Keli’s story that don’t ring true but there are other parts that I didn’t think rang true, now do ring true. There’s now more truth coming to her story but the final piece of the puzzle is out there, tantalising to prove either way.

“I think the danger with this when journalists do stories like this, and I think we are seeing it more often now, that it can morph into advocacy journalism.

“But for me it was always stay in the middle, remind yourself of the things that don’t make sense.”

Meldrum-Hanna was working on Four Corners when, out of the blue, she received a letter from Keli Lane, handwritten in blue ballpoint pen.

“I tore it open and off it began,” she said.

“Dear Ms Meldrum-Hanna, my name is Keli Lane and I’ve been wrongfully convicted of murdering my child.”

Lane had been watching Meldrum-Hanna’s award-winning Four Corners work and, in her letter, she said she had told other inmates that Meldrum-Hanna was “the girl for me”.

Lane went on to explain.

“You’re a bit of a mongrel. You do things without fear or favour. You’re not scared of rattling a few cages and I need someone to ask the hard questions.”

Meldrum-Hanna says the team didn’t agree to proceed until Lane offered up her entire brief, waiving privilege in her dealings with her defence team.

“She may be lying. She may be full of it. She may be guilty. But looking barefaced at the actual material and the trial and what put her in jail, I thought there’s something that deserves to be held up to the light.”

Trawling through thousands of documents brought a great deal of new information – particularly after the team commissioned a forensic drawing of Andrew Morris/Norris.

He’s the man Lane says is the father of Tegan and who took her to care for her – but she was never able to provide the information the police needed to find him.

The ABC team found a new witness, Daryl Henson, who claimed, for the first time, to clearly recall Lane leaving the apartment block she claimed Andrew lived in.

“It’s problematic when someone has said ‘I’ve seen her at the building’,” Meldrum-Hanna says.

“And imagine if the jury did hear that? It makes you wonder.”

And what does Lane think of the series so far? Meldrum-Hanna and the team rely on her to call them from prison and she hasn’t done so at the time of writing.

But Lane’s long-term partner, Patrick Cogan, has told Meldrum-Hanna this week that Lane “vomited all over the floor” after she heard Henson’s claims and when she saw a reconstruction of a blonde woman leaving the apartment building.

Cogan says Lane said “It was just like watching me. It was so me and it captured how I was feeling”.

Meldrum-Hanna says that, if that’s the case, then Lane had a “visceral, physical reaction and you can’t manufacture that”.

The production team continues to work full time on the new information coming in – so, standby for a follow up in the near future.

Guilty or not? Journalist who interviewed ‘baby killer’ speaks out