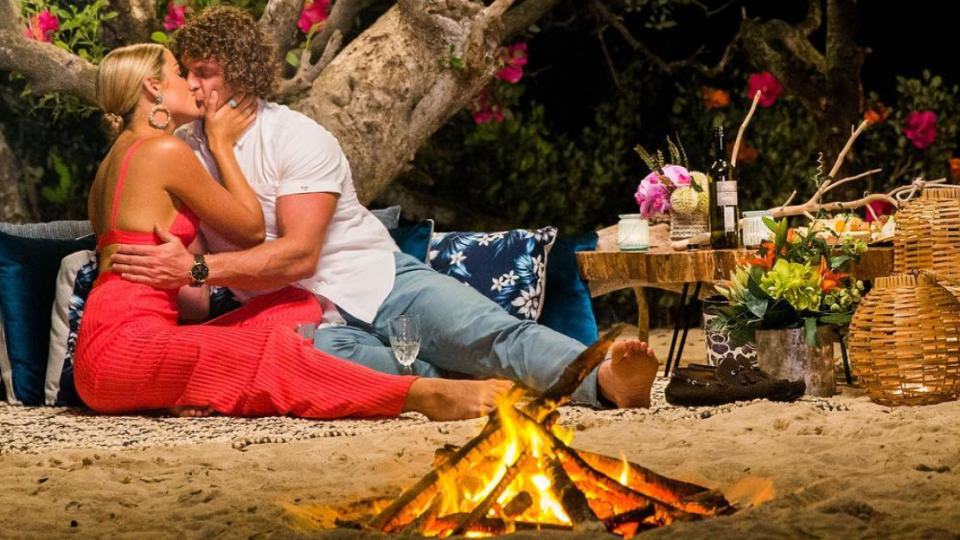 Nick Cummins and Sophie Tieman on The Bachelor's finale before the hammer dropped. Photo: Instagram

Nick Cummins was the most interesting leading man The Bachelor has ever had, and now he’s possibly the most ethical and probably the most controversial.

He may also be the most maligned, because many frustrated viewers will feel the same as finalist Brittany Hockley: “What a giant waste of time that was.”

Was it? After five series, Australia finally had a man willing to say he wasn’t happy enough with the reality TV show’s women contestants to choose any of them to be his life partner.

For the first time since Ten’s The Bachelor kicked off in 2014, the titular hero chose nobody. And that gave the show some much-needed relevance, saving it from slipping into cheesy predictability.

Following his heart instead of a TV formula makes the former Wallaby braver than any man who’s gone before.

For not bowing to producers and pressure, I bow to you, Nick Cummins.

Blake Garvey was pilloried in the first series for proposing to Sam Frost then recanting on the major life decision. The Badger wasn’t about to fall into the same honey trap.

Until the very end, despite Osher Gunsberg’s assertion that 2018’s season had been like nothing else ever, the show closely followed a tried-and-tested script.

Boy meets 24 girls, takes them skydiving, motorbike riding, kicks off the designated villains, boils his harem down to the final two then fronts to a tropical paradise professing to be in emotional turmoil.

Cue the Bachelor gazing out to sea topless, pondering his romantic future. Fast forward through the finalists – this year, Brittany Hockley and Sophie Tieman – confessing their “walls” are down and they are in love.

Morph the soundtrack into soaring strings akin to the final scene of Seabiscuit, and show the Bachelor kicking someone to the kerb and declaring love to someone else. Roll credits. High five, producers.

But not in this case. Which made for reality TV gold: Genuine emotion.

Cummins, 30, broke the news first to property valuer Sophie, 25, telling her he “liked” her but it wasn’t enough.

“When I say those three words, the I love you, I want to mean it with all my heart because I know then my girl feels it with all her heart,” he said.

“I am not able with all my conscience to wholeheartedly commit to you. At this point in time our journey comes to an end.”

He delivered the same verdict shortly after to radiographer Brooke, 30: “You are amazing women and trying to find my way in that cloud is too much for me right now.”

While Cummins – who was left literally scratching his own head – said he hated “hurting people and I’ve done that twice today”, he was out-emotioned by his finalists.

When Brittany broke the news that Cummins hadn’t picked anyone, a disbelieving Sophie broke down and they hugged, crying and laughing.

When Brittany told her, “He said he’s not ready to give himself to anybody,” her former love rival still couldn’t grasp the reality of reality TV that went off book.

“He couldn’t just pick someone he thinks he could grow?”

Viewers immediately reacted on Twitter to the shock ending.

(that doesn't make it a good thing) #TheBachelorAU

If this doesn't prove that playing rugby causes concussion, nothing will. #TheBachelorAU

Looking for answers, the women decided Cummins must be in a “really lost place” not to have been able to find happiness on the Ten romality hit.

“I feel sorry for him. He has to be pretty lost to have committed himself to this whole process … everyone who threw themselves at him,” Sophie said.

Rumours have swirled for weeks that Cummins had chosen Brittany in the finale but that they had broken up by the time the series aired. Then earlier this week, he decamped to Papua New Guinea for a Kokoda Track charity walk, neatly sidestepping any post-final PR duties.

In his final scene on the show, walking alone on a beach in his suit and dress shoes, he said the question mark in his mind was whether he was “ready” for a lasting commitment.

His call, but that would probably be a key factor in agreeing to go on a TV dating show.

“I came into this thinking, ‘What could go wrong? The odds are in my favour’,” he said.

“Here I am standing at the end here thinking I know what I want in a woman, but am I ready? I came here for a chance at love and now I’m going to have to start again.

Said youth worker Brooke, 23, “I think he has a lot more to him than just his kissing ability”.

“He has a great personality. He’s quite humorous and has a very soft side to him.”

He may need a tough skin too, until the dust settles.

‘Giant waste of time’: No winner on The Bachelor