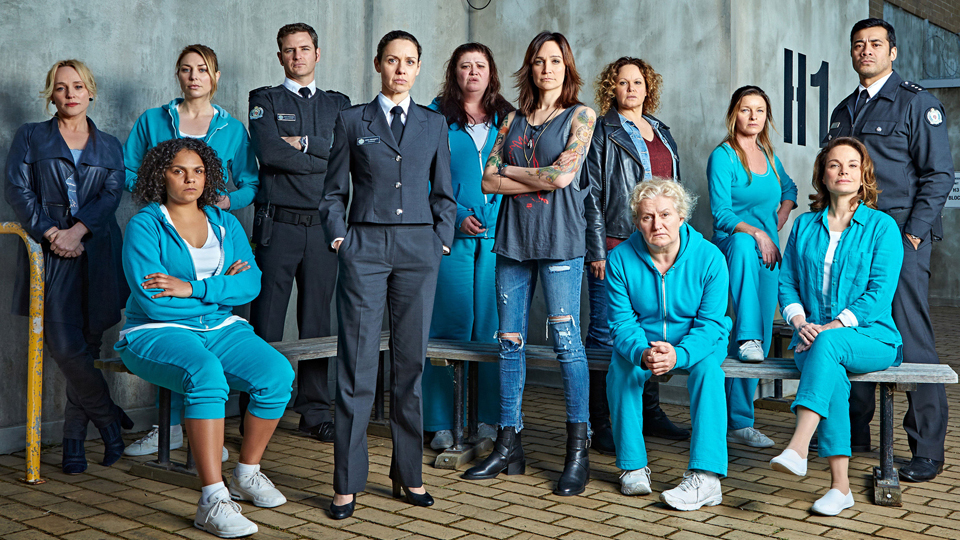 The 2018 season six cast of Wentworth, which may be shooting its last scenes next week. Photo: Foxtel

The future of Australia’s hugely successful drama series Wentworth is up in the air, with Foxtel admitting it has no immediate plans to film another season.

Fans of the prison show have been demanding answers for weeks, their anxiety fuelled by persistent social media claims that the show is to wrap up after production finishes on the latest season.

“Discussions between Foxtel and Fremantle Media regarding future seasons of Wentworth continue,” a Foxtel spokesperson said.

Season seven of the series will end production in Melbourne on July 27, and screen in 2019. It was filmed back-to-back with the 12-episode season six, which premiered on June 19.

“Beyond production of season seven, I don’t know any more than you do. It’s gossip at this stage,” a show source told The New Daily.

“I’m a bit in the dark. It all comes down to what comes out of the talks and negotiations between Foxtel and Fremantle.”

Wentworth star Sigrid Thornton said on Ten’s Studio 10 on Monday that “my lips are sealed” about buzz of the show’s demise.

“I can’t tell you how sworn to secrecy Wentworth cast members are.”

Thornton said fans of the show “will sniff out a rumour before the rumour is even anywhere. We have to be very very careful”.

The news of the show’s uncertain future comes less than two weeks after Wentworth won Logies for Outstanding Drama Series and Most Popular Drama Program.

Accepting the Logie for Most Outstanding Actor via link from London, the show’s Pamela Rabe called Wentworth “edge-of-your-seat drama” and “gripping stuff that just keeps you coming back for more and more”.

The show has “legions of invested fans around the world”, said Rabe, who won for her “corker” role as Wentworth’s governor-turned-prisoner Joan ‘The Freak’ Ferguson.

“Strong roles for strong women,” she said. “Keep them coming.”

The furore over whether the drama will be put into permanent lockdown kicked off when an unofficial fan handle on Instagram called on fans to “save Wentworth” and asked supporters to tag networks “to pick up this incredible show”.

Tag networks to pick up this incredible show. We may have said goodbye to some memorable characters but us fans are not ready to officially say goodbye after S7. Save Wentworth! TAG NETWORKS! Credit for this poster: @wentworthstuff #SaveWentworth #Wentworth

The post led to a frenzied reaction from fans, and a Twitter account purporting to be that of a Wentworth insider claimed on July 11 that the show will end after season seven.

“I can’t reveal who I am but I hope you believe me,” said the user, who suggested they work on the show.

“I just wanted to share/clear rumours up.”

#Wentworth will end after season 7. pic.twitter.com/toebmT7cjR

Other users were sceptical, with one saying, “You could very well be fake.” Said another, “Brand new account? Come on, you can do better than that.”

But the Twitter post was enough to have experienced entertainment journalists weighing in on the topic, with some insisting the show is ending.

Finances and funding are the bottom line, according to The New Daily contributor Scott Ellis, who checked out the set on Monday and quashed claims from reporter Peter Ford it was being dismantled.

Re the future of #Wentworth, as I understand it, Screen Au production incentives only last up to 65 commercial hours of TV. Assuming there's 12 eps of S7 and that all eps are 45 mins (anyone got minute counts for the lot?) that means by end of s7 they'd be up to 61.5 hours.

The show is a contemporary revival of acclaimed 1970s prison drama Prisoner and debuted in May 2013.

Actor Leah Purcell, who plays inmate Rita, posted to Instagram on July 13 that she had just shot a “five and a half hour” action scene.

Ahead of season six, Foxtel threw a launch event on April 11 at the show’s set in Melbourne’s western suburbs.

Invited media were frisked by the show’s Bernard Curry (Jake Stewart) and Robbie Magasiva (Will Jackson), had mug shots taken and were passed through a security screen manned by Jacqueline Brennan (Linda Miles).

That attention to detail is typical of Wentworth’s production and quality, Thornton told The New Daily: “It’s extraordinary in every way.”

Wentworth fans in limbo over rumours the show is ending