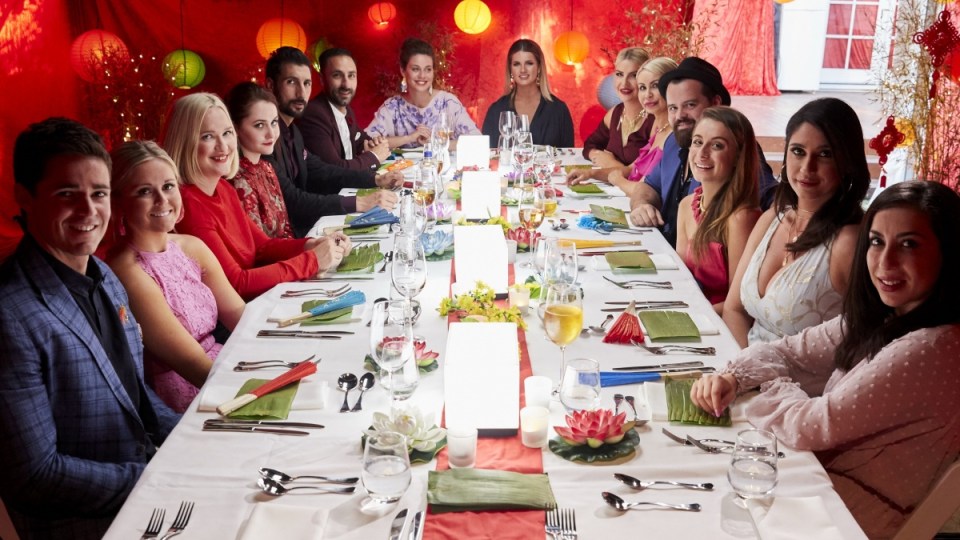 MKR contestants Sonya and Hadil (front, right) have claimed Seven edited them to make their behaviour appear worse than it was. Photo: Seven

Channel Seven has shot down accusations of bullying and ‘extreme’ editing from evicted My Kitchen Rules contestants Sonya Mefaddi and Hadil Sadeq.

The Sydney-based friends were told to leave by judges Pete Evans and Manu Feildel on Wednesday night’s episode of the reality cooking show after they threatened and insulted their fellow contestants.

But Sonya and Hadil have claimed they were “extremely” misrepresented by the show.

“We’ve been extremely disappointed with our experience and treatment by the show,” they wrote on Wednesday on Instagram.

“No one would have any idea what we’ve gone through. Imagine how we feel watching the episodes back when the episodes have been extremely tampered with (the amount of editing is insane).

“Yes, we said those words and they truly don’t reflect our values and who we’ve grown up to be. Channel 7 should show the public the raw footage of what really happened.

We fell right into the hands of producers and the manipulated drama. We will both be happy when we’re off air because MKR have bullied us enough.”

In response to the criticism, a Seven spokesperson told The New Daily: “Last night’s episode of My Kitchen Rules dealt with an unprecedented level of continued personal attacks and threats by one team against other teams.

“Despite a number of constructive conversations and second chances, this team continued to bully and attack other teams.

“This level of behaviour does not fit within the agreed workplace values of Channel Seven.

“Everyone, anywhere and at all times must feel safe and supported in their work place. This is a fundamental understanding and agreement by each and every Seven employee.”

Seven is yet to confirm whether the pair are gone from the show for good, suggesting there may be a controversial comeback moment.

“Sonya and Hadil’s future in the competition is resolved in our next episode, Sunday 7pm,” the spokesperson said.

But some viewers accused the network of promoting bullying by airing the confronting footage of Sonya and Hadil brutally criticising the appearance and cooking of contestants Jess Alvial and Emma Byron.

Media analyst Steve Allen said the behaviour of Sonya and Hadil should be a wake-up call to Seven and all reality television makers.

“I doubt whether we’ll see anything as explosive as this – regardless of ratings success – again,” Allen told The New Daily.

“Most people would learn a lesson from this.

“We’ve seen before when controversy seems to be confected, viewers get a handle on that and it does not do you well. You suffer.”

For their part, Jess and Emma, who were on the receiving end of most of the cruel taunts, said on Sunrise on Thursday they hoped fans of the show would leave Sonya and Hadil alone.

“There is no place for bullying in any way, shape or form,” Jess said.

“I think Australia really needs to look at that if they’re so against bullying and what happened on the show, they just really need to go easy on the girls as well.

“Emma and I know first-hand what that’s like to be trolled online … we’ve forgiven and I think Australia needs to do the same.”