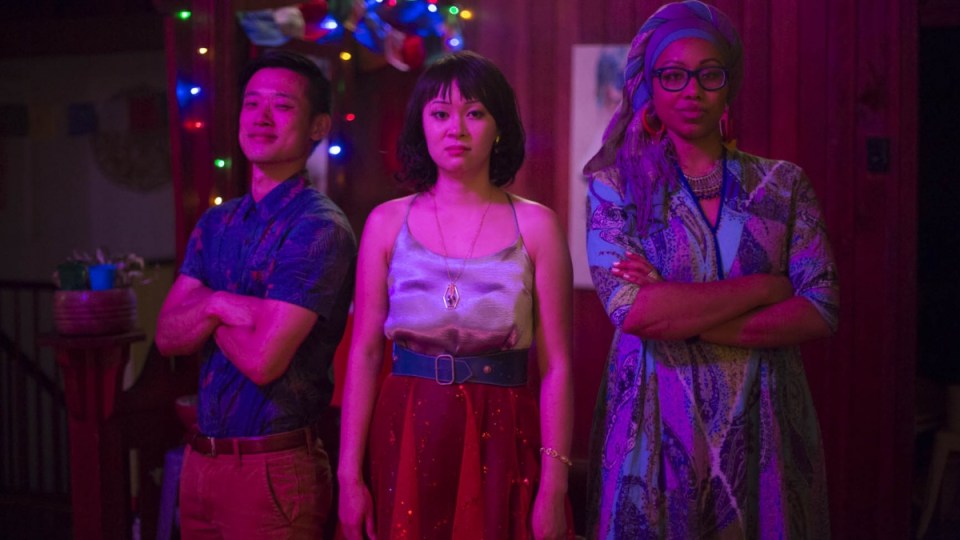 Self-proclaimed “mouth in a hijab” Yassmin Abdel-Magied has had her fair share of unwanted media scrutiny, but this time she’s willingly placed herself in the spotlight for her acting debut on a new TV series.

The 27-year-old controversy magnet will appear in Homecoming Queens, an SBS on Demand comedy launching on Thursday.

Abdel-Magied – who is a mechanical engineer by trade and feisty commentator by profession – had never acted before but she told The New Daily it’s something she has always been interested in.

“Given I’m co-creating another show at the moment, this was a great way to get some experience. Working with people who are also friends, and incredibly talented people of colour, also made it a dream,” she said.

SBS had to be convinced she was right for the small but important role.

“It was about capturing the sense of humour in the series and I really wanted someone who wasn’t mean-spirited in their delivery. She delivered that passive/aggressive vibe which can characterise some female friendships,” Chen told The New Daily.

“We really enjoyed the irony of having someone who, in the real world, is largely hated by a lot of Australians but, in the fictional place, she’s very popular.”

Certainly wherever Abdel-Magied goes, outrage follows. Most recently, her new ABC iView fashion show Hijabistas was slammed by conservative politicians including Cory Bernardi and Eric Abetz, who were angered over taxpayer money being used to fund a program that “promotes the hijab”.

Not that Abdel-Magied is troubled by any of that.

“I don’t make my career decisions based on how the Australian media or public will react. Ain’t nobody got time for that.”

The SBS series is a vignette from the story of two young women – Michelle (Michelle Law) and Chloe (Liv Hewson) – whose lives have been derailed by illness.

It could be depressing, but it’s not. After all, the series was born out of a joke between Reeson and Law about a sex toy, which delivers one of the funniest scenes of the series.

It’s loosely based on the real lives of Law, who has the autoimmune condition alopecia, and her friend Chloe Reeson, who has had a double mastectomy after breast cancer. They co-wrote the series.

Abdel-Magied makes a brief appearance as Sadie – a highly successful lifestyle guru with a book deal and a huge social media presence. She’s everything that Michelle dreams of being – instead of the bald children’s presenter she’s become.

Law (sister of actor and writer Benjamin Law) said the scene was crucial.

“We wanted to see two women of colour being ambitious, talking about their careers and being competitive which is something you rarely see on TV shows,” he said.

“They were basically having a conversation that white women would have. When you see women of colour talking on screen, it’s often to do with their culture – where they’re from or their ethnicity.

“We just wanted to see something fresh and new and more reflective of reality.”

‘We enjoyed the irony’: Yassmin Abdel-Magied has her acting debut