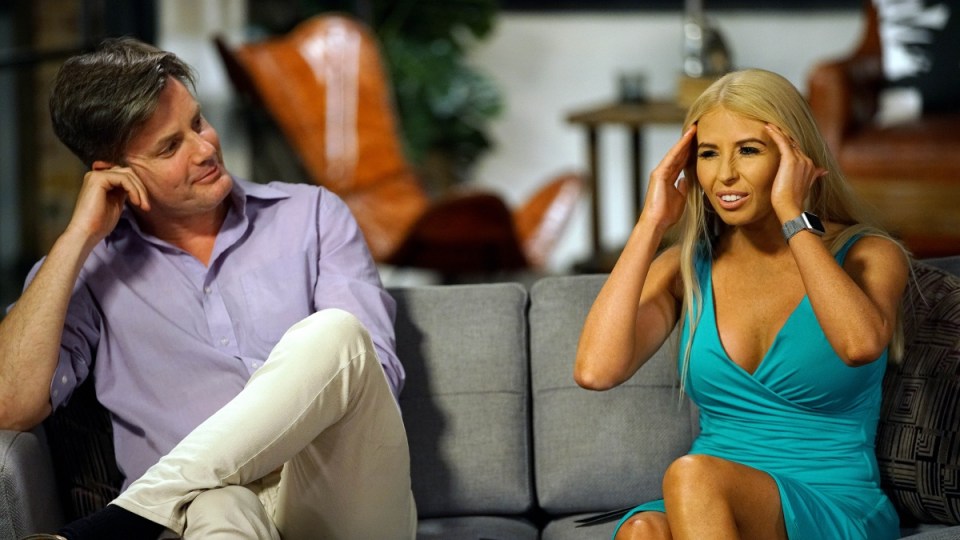 Troy Delmege, 35, and Ashley Irvin, 28, are one of the show's "perfectly matched" married couples. Photo: Nine

Married at First Sight is often dismissed as trash TV, concocted drama and the ultimate guilty pleasure, but the fifth season of the relationship-focused reality show is breaking ratings records.

On Sunday night, the Channel Nine program surged past time-slot competitors like Ten’s I‘m a Celebrity and Seven’s Australian Spartan debut to break its own record for the biggest audience across all five seasons, peaking with 2.607 million national viewers.

Those kind of numbers are “unheard of” in the industry, a source from a rival network told The New Daily.

Cast as a ‘scientific experiment’, MAFS enlists relationship experts to match strangers who ‘marry’ in a non-legal commitment ceremony the first time they meet.

After meeting their prospective spouses at the altar, the newlyweds head off on honeymoons before being corralled in a Sydney apartment block to start their married lives.

Each week, the couples compare their relationships during a boozy dinner party. The resulting drama fuels the tension of the next day’s commitment ceremony which sees each person decide whether to continue or leave ‘the experiment’.

An ‘affair’ to remember

So why the phenomenal success? The show’s executive producer Tara McWilliams said it all boils down to this season’s major plot point: the “affair” between contestants Dean and Davina, who betrayed their respective spouses by sharing a passionate smooch.

“With the affair, there’s nothing earth shattering happening but the interesting thing is you never get to see how an affair plays out, you’re never privy to it,” McWilliams told The New Daily.

McWilliams, who has worked on shows like The Bachelor and The Biggest Loser, was tasked with reinventing MAFS last season, with the sole aim of “making it bigger”.

“We brought in lots more couples, they all live together, there regular segments each week – it was a big gamble that paid off, we were quite surprised at how successful it became early on.”

The extreme drama of this season has led viewers to question whether it was concocted, but McWilliams insisted she and her team just sat back and let the cameras roll.

“I heard a rumour we paid them to have an affair, if only my job was that easy,” she said, laughing. “They came to us and told us there was an attraction, we purely followed it.”

As for suggestions the pair were professional actors – especially given Davina has appeared on other reality shows – McWilliams said “no”.

“I take that as a compliment,” she said. “We do background checks on everybody and I audition them all personally.”

Davina, who left the show on Sunday night’s episode, is already rumoured to be the next Bachelorette on Channel Ten.

“It’s the advertising and promos and the fact they’ve become real masters of the social channels,” Mr Allen said of the show, which has a combined social media following of more than 361,000 people.

“Nine has being doing this for the last few years, they have a dashboard that reports not just the TV ratings but the social engagement.”

An ‘artificial’ boost from Seven

But Mr Allen also pointed out Monday’s massive ratings received an “artificial boost” because there was no My Kitchen Rules as Seven premiered its Ninja Warrior competitor, Australian Spartan.

“Nine obviously stacked the episode, they knew Seven would be a little soft last night because they were launching Spartan.”

Adrian Willoughby, 55, a business owner from Victoria, regularly watches the show at home with his partner (while texting his friends about the plot twists) and said the appeal for him lies in the “fascinating concept” and “the drama”.

“I know it is 100 per cent concocted,” he said. “They seem coached and don’t do a great job of acting as if they aren’t but I don’t care as I find it entertaining.”

Married at First Sight: How it became a national phenomenon