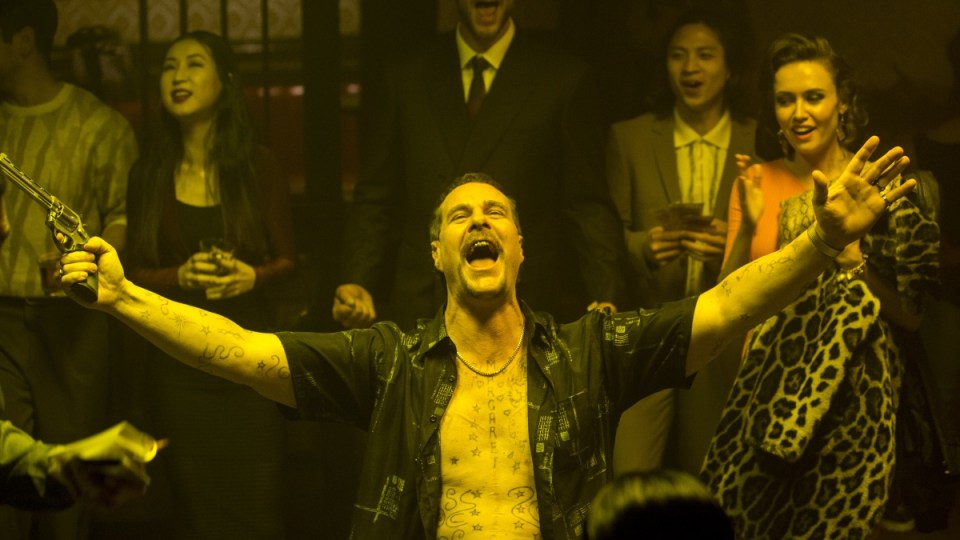 Chopper already had a blockbuster movie, released in 2000. Did he really need a two-part telemovie as well? Photo: Nine Network
review

Mark “Chopper” Read is still killing from the grave, more than four years since he died.

Underbelly Files: Chopper (Sunday and Monday on Channel 9) tells his story and is presumably an attempt to create a new life for the 10-year-old series.

It fails because previous incarnations told complicated, engaging stories from the world of crime families with twisted morality and reality and gave the audience an entrée into a world they’d previously only read about.

The first series unpicked the rivalry which led to 36 Melbourne gangland killings between 1995-2004. The amazing Underbelly: Tale of Two Cities followed in 2009.

By comparison, Chopper offers a senseless homage to a criminal who might have become a family man and written some kids books later in life – but his life was essentially a simple one and already well covered.

As his father Keith (Michael Caton) asks at one point “why would anyone want to read a f–––ing book by you”, the audience should ask: Why do we need a television series about him?

Do we need to be reminded of his torture specialties in moments that attempt to normalise them?

In one scene, Read (Aaron Jeffrey) is about to take a blowtorch to the feet of another thug who had tried to kill him when his wife Margaret (Ella Scott Lynch) interrupts him. Holding their baby son, she angrily tells him to stop.

Laughing, Read offered to “chop a couple of toes off” instead and to clean up afterwards.

Do we need to see the endless sexually explicit, sleazy scenes from sleazy clubs?

Do violent fight scenes need to be almost parodied with cheery music?

This series attempts a weak link to past glory by trotting Vince Colosimo (yet again) in his role as Alphonse Gangitano. Kevin Harrington (Lewis Moran) and Debra Anne Byrne (Judy Moran) also appear briefly. They merely reinforce the failings of this series.

Chopper tries to portray Read as a man who’s having a laugh with us, questioning how much of his criminal activities were real and how much he made up.

His farewell scene in Monday night’s second and final episode plays out over the old Platter’s song The Great Pretender.

What nonsense. Read was in trouble with the law from an early age and spent the best part of 18 years in jail before he was 40. And, anyway, who cares?

His “real” story is told in a documentary Nine has pulled together to add to the Chopperfest. Chopper In His Own Words is playing online and features old material Nine filmed with Read over the years.

It’s just not clear why Nine has opted to waste precious drama dollars on a violent and ugly man who brought no good to this world – despite his claim that he was “an Aussie Robin Hood, terrorising only criminals”.

It’s difficult to see any justification – particularly for the two boys Read fathered and who now, once again, see their father’s life (real and imaginary) displayed in the public arena.