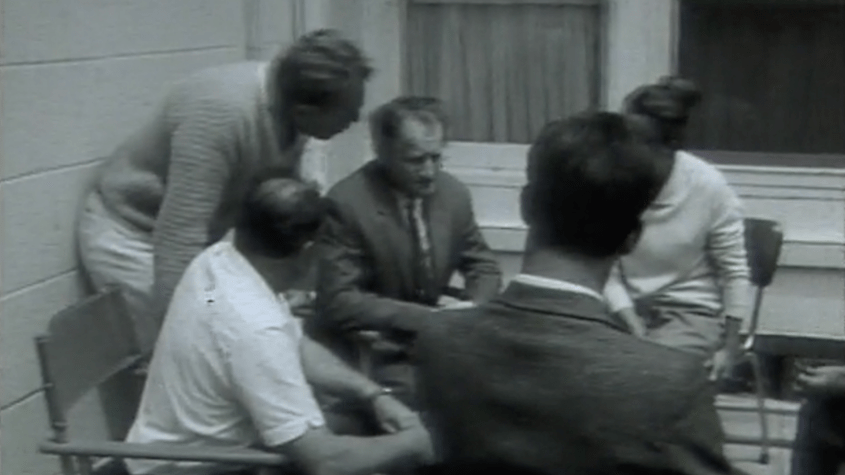 Controversial Dutch clairvoyant Gerard Croiset was adamant. The remains of the Beaumont children – who disappeared in Adelaide on Australia Day in 1966 – would be found under a concrete floor in an Adelaide factory.

“This is where they are buried,” he explained through a translator, standing on a concrete floor in the recently renovated building.

Croiset’s story was revisited in a moving Crime Investigation Australia special on Foxtel on Friday night. The Beaumont Children tracked the continuing investigations into the disappearance of Arnna, Grant and Jane Beaumont after a trip to Glenelg beach.

The concrete floor Croiset was standing on was dug up after a publicly funded campaign in 1967, because the police had dismissed his claims. No remains were found.

The factory site in Somerset Park Croiset mentioned is just five kilometres away from the one at North Plympton named by the Channel Seven earlier this week and that police are preparing to excavate.

So, perhaps Croiset – dismissed by sceptics as a fraud at the time – might be at least partially vindicated.

The documentary recalled how Croiset (who died in 1980) was often asked to help police around the world with enquiries, but it was a public campaign that brought him to Adelaide.

The police investigation had stalled within a month of the children’s disappearance and Adelaide businessman Barry Blackwell funded a helicopter to obtain film of the beach to send to Croiset.

After watching that footage, Croiset said they had not been kidnapped, but buried alive somewhere they couldn’t escape from.

In the Foxtel documentary, Blackwell recalled that they went back to the beach and found a giant drain, which had been blocked up. With the help of a fire brigade hose, the drain was unblocked but there was nothing there.

“I read the following day in The Advertiser that I’d offered to fly Croiset out. [That wasn’t right] But I went along with it and went into KLM, the Dutch Airline, and paid his fare,” he explained.

When he arrived, Croiset announced he would accept no money for his work. He visited the factory where the children once played and spent several hours there.

The children’s parents, Jimmy and Nancy Beaumont, were sceptical of Croiset but they met with him and thanked him for his help. They stressed their belief that their children were alive even though more than nine months had passed.

“I hope you are right and I am wrong,” he told them through the translator.

It’s reported that the Beaumonts – now believed to be in their 90s – have been told of the new developments and police have asked for the public to “respect their privacy”.

The excavation of the site is expected to commence within the next fortnight. Only then will it be revealed if police should have taken Gerard Croiset more seriously more than 50 years ago.

The clairvoyant who may have located the Beaumont children