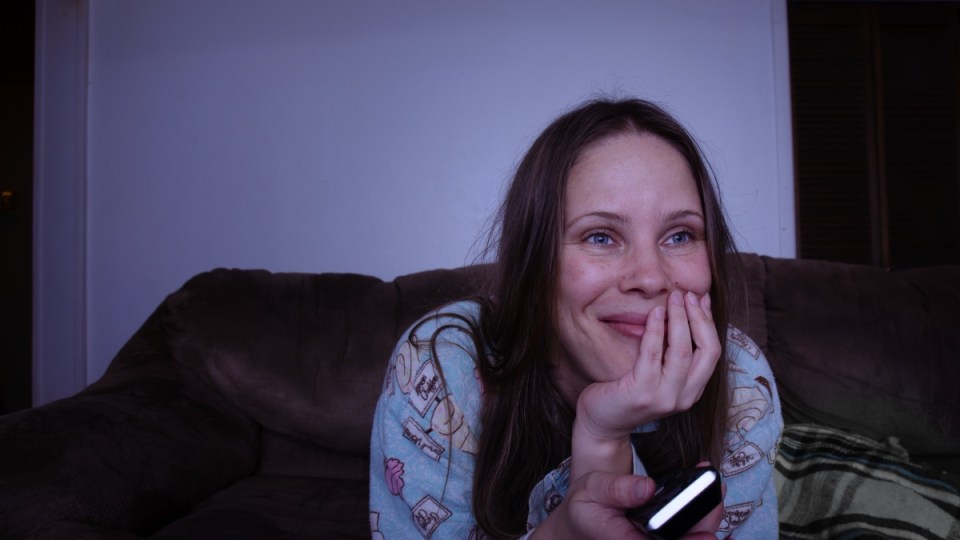 This strangely mesmerising television trend is the perfect way to decompress after a long day. Photo: Getty

Breaking all the televisual rules, SBS show The Ghan has shunted thrilled audiences headlong into the slow TV sensation.

Tracking the progress of the world-famous train from Adelaide to Darwin without music or narration, only punctuated by brief historical asides flashed onscreen, it steamed well past expectations.

Official OzTAM viewing figures recorded 628,000 metro and regional viewers during the first hour and a healthy retention rate, averaging 583,000 across its three-hour duration.

Dan Goldberg, co-owner of The Ghan’s multi award-winning production company Mint Pictures, knew it would be popular, but had no idea just how much.

“If you put a train on Australian television, and on SBS especially because it has the Michael Portillo series, some 300,000 people gravitate to it,” he told The New Daily.

“What we didn’t expect was that it would be the highest-rating show on SBS in the last 12 months. It’s off the charts.”

The slow TV movement traces back to artist Andy Warhol’s 1963 film Sleep, which captured poet John Giorno slumbering for more than five hours. It was popularised by the Norwegian Broadcasting Corporation in the early 2000s then taken up by the BBC.

Goldberg said Mint Pictures was in conversation with SBS about a follow-up.

“We have vast, majestic scenery and an ocean that surrounds us, so there are endless possibilities.”

Most TV programs change the shot every few seconds. The Ghan had none shorter than 30 seconds, with some going for minutes.

Susie Jones, commissioning editor for documentaries at SBS, said the expensive decision to run The Ghan ad-free was a no-brainer after viewing the rough cut.

“I locked myself away in a room and I was nervous, because you are never quite sure that it will pay off, but immediately I could see that it worked,” she told The New Daily.

“It held you in another space, it was visually beautiful and we loved it for its strangely simplistic boldness. If we were to put ads in it, it would have broken the spell.”

A pioneering move in Australian broadcasting, Jones said it was totally on track with the SBS charter.

“The path of the Ghan and the history of building that railway has such a rich, surprising, multicultural and indigenous story to tell, so it ticked all the boxes,” she said.

The Ghan is just the ticket in these social media-saturated, 24/7 news cycle times, Jones said.

“I don’t have any medical research to back it up, but I certainly noticed in my own reaction to watching it that I felt very calm and relaxed and it felt meditative.

“We are bombarded with sound and vision and fast cuts and lots of action, so I do think there’s something to be said for slow TV as the antidote.”

Dr Nicholas Van Dam, a psychology research fellow at the University of Melbourne, said it was hard to say if there might be benefits to watching slow TV.

“It’s not totally outside the realm of possibilities that some may have found the program to be relaxing, similar to a walk in the forest or a long hike,” he told The New Daily.

“Ultimately, I suspect the popularity reflects a desire for something that is more authentic and provides more of an in-the-moment experience.

“Like anything though, I wouldn’t draw grand conclusions. There are many ways to break from one’s routine. Perhaps this program provided an unexpected opportunity for some to do just that.”

Where to watch slow TV

If you missed the three-hour version of The Ghan on SBS, the full 17-hour version will be airing on SBS Viceland this Sunday from 2.40am.

It will also be available to stream on SBS on Demand after broadcast.

To give credit where credit is due, you can watch the originator of the slow TV movement – Bergensbanen: Minutt for Minutt, from Norwegian national broadcaster NRK – on YouTube (where it’s had over a million views).

Those with a Netflix subscription will be happy to hear the streaming giant has a wealth of slow TV material readily available – simply search for the phrase ‘slow TV’ and 10 options appear.

You can stream everything from knitting to salmon fishing.

If you like your TV really, really slow, the Youtube channel SlowTV Relax&Background has plenty of videos of static scenes with tiny amounts of movement and a few sounds.

Alternatively, take a tour through Iceland with Icelandic band Sigur Ros, who filmed their nine-hour road trip and set it to their eerily relaxing music.

What is slow TV? The bizarre viewing trend that’s captivated the nation