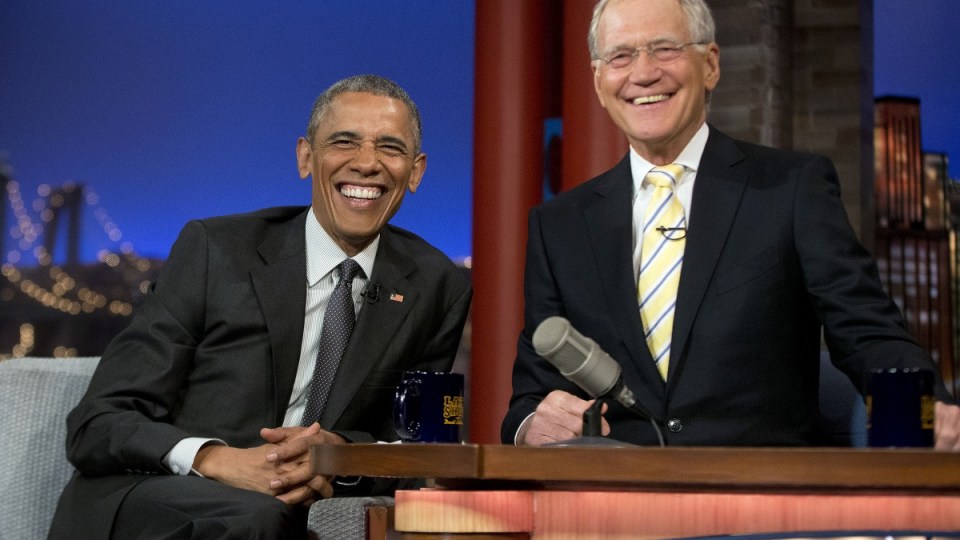 Barack Obama and David Letterman will make their return to the talk show scene together.

Letterman, the former host of the long-running The Late Show, has lined up the former US president to be his first guest when he makes his TV comeback later this month.

Obama will join the 70-year-old TV veteran on January 12 for the launch of My Next Guest Needs No Introduction with David Letterman on Netflix.

“Each 60-minute episode of My Next Guest is centred around one extraordinary figure whom Dave finds fascinating,” Netflix said in a statement.

“In interviews that take place both inside and outside a studio setting, the conversations are intimate, in-depth and far-reaching, with the levity and humour Dave’s fans know and love.”

Obama was an active talk show guest during his presidency but the Letterman interview will mark Obama’s first appearance since leaving the White House.

Other guests slated to be on the show include George Clooney, Malala Yousafzai, Jay-Z, Tina Fey and Howard Stern.

‘We’ve grown up with you’

Obama was a guest on the show eight times during his time in office.

Obama last appeared on The Late Show with Letterman in May 2015, the final month before the talk show host retired.

“We’ve grown up with you,” Obama told Letterman in that episode.

“The country, I think, has after a tough day at the office or coming home from work, knowing you’ve been there to give us a little bit of joy, a little bit of laughter, it has meant so much. You’re a part of all of us.”

Including his debut show Late Night with David Letterman, he hosted more than 6000 talk show episodes over more than 30 years.