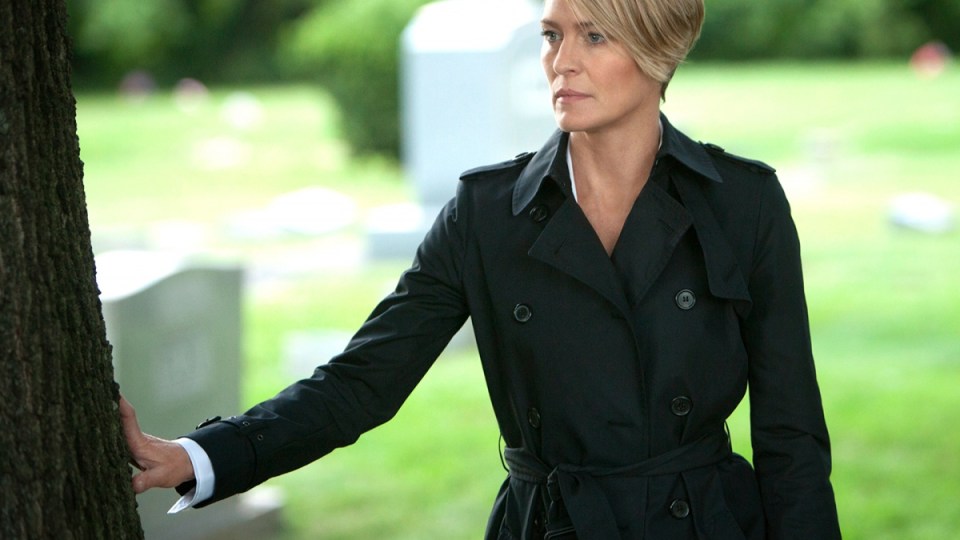 Claire Underwood is stepping into the spotlight for House of Cards sixth and final season. Photo: Netflix

Netflix has announced its hit drama House of Cards will go ahead without disgraced lead actor Kevin Spacey and will instead focus on the storyline of female lead, played by Robin Wright.

At a New York conference, Netflix’s chief content officer Ted Sarandos would not say how the shorter season – eight episodes instead of 13 – would handle Spacey’s character.

“We have made an arrangement to produce six seasons of House of Cards. It will be an eight-episode season,” Mr Sarandos said.

“We are excited to bring closure to fans.”

At the end of season five, Spacey’s character Frank resigned as President of the United States, and his wife Claire assumed the position in his place.

There were initially doubts as to whether the show would return to air after it went on indefinite hiatus following the allegations against Spacey surfacing in October.

Eight crew members on the series, which debuted on Netflix in 2013, came forward to tell CNN that Spacey had behaved inappropriately on set and created a “toxic” work environment.

Netflix cut ties with Spacey last month after the Oscar winner was accused of sexual assault by actor Anthony Rapp, who claimed Spacey made a sexual advance towards him when Rapp was 14.

Spacey said he had no memory of the alleged incident but apologised to Rapp for “what would have been deeply inappropriate drunken behaviour”.

The 58-year-old also used the incident as an opportunity to publicly come out as homosexual.

Wright, 51, is yet to comment on the allegations levelled against her co-star or on his sudden exit from the series.

In 2014 she claimed a Golden Globe for Best Actress in a Drama for her portrayal of Claire.

“Kevin you’re the best playdate ever,” Wright said to Spacey during her acceptance speech.