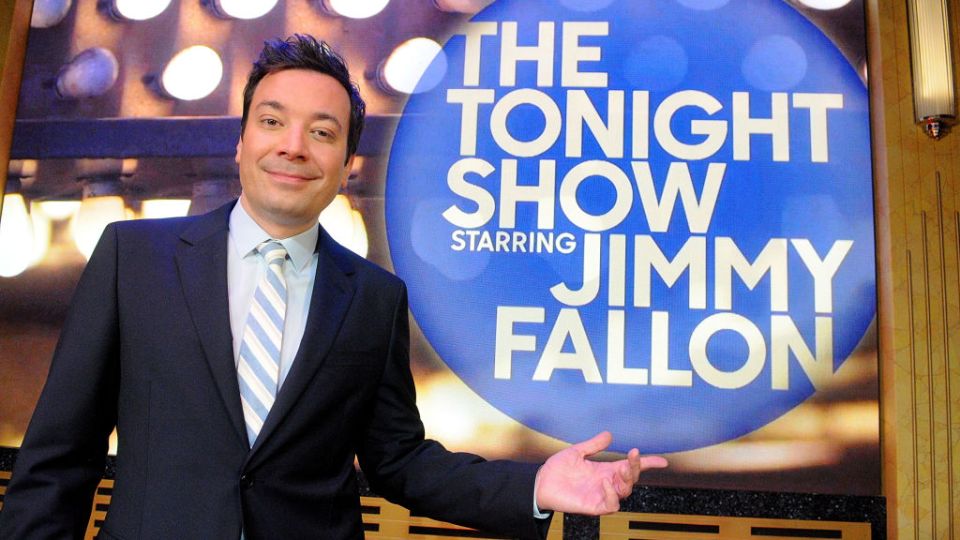 Jimmy Fallon is no longer the top host in US late night television. Photo: Getty

Ten months after Inauguration Day, the trend is holding: for late-night hosts in the US, being sharply critical of President Trump is a winning strategy. And that is bad news for The Tonight Show.

Stephen Colbert, who has made Mr Trump a nightly target, assumed the top position in the ratings race in February and has only increased his lead since then. His program, The Late Show on CBS, has taken viewers away from Jimmy Fallon, the cheerful host of NBC’s storied franchise, who has lost 21 percent of his audience year over year since the fall season began on Sept 25.

At the same time, Jimmy Kimmel has made ratings gains in the 11:35pm slot on ABC (American Broadcasting Corporation).

Ever since Colbert leapfrogged Fallon in total viewers, NBC executives have emphasised that The Tonight Show is still the No.1 choice of viewers in the 18-to-49-year-old group prized by advertisers.

Now even that lead is shrinking.

In the November sweeps period, which ended last Wednesday, Colbert cut into Fallon’s lead among younger viewers, finishing 57,000 behind him, according to Nielsen data. That’s the closest the CBS host has come to Fallon among 18- to 49-year-olds in the 27 months the two have competed head-to-head.

A year ago, Colbert trailed Fallon in that demographic by roughly 364,000 viewers. In the November 2015 sweeps period – which coincided with Mr. Colbert’s shaky start as a network host – Fallon’s lead was nearly 500,000.

The size of Colbert’s entire audience has spiked along with his gains among younger viewers. During the sweeps period, he averaged 3.7 million total viewers a night – a 23 percent increase from a year ago.

Since the fall season began, Fallon’s audience in the 18-to-49 group has plunged by 26 percent, even though he is, at 43, the youngest of the late-night network hosts.

Still, Fallon does maintain a lead in that demographic, outperforming Colbert, 53, by 90,000 a night, on average, for the season. He also averages nearly 200,000 more than Kimmel, the 50-year-old host of Jimmy Kimmel Live!

All three late-night network shows have shed viewers in the 18-to-49 demographic over the last year, but Fallon’s program has lost significantly more than the other two.

The recent declines leave the host of The Tonight Show in danger of losing his position as the second-place late-night host. Kimmel’s show has averaged 2.4 million viewers a night, compared with 2.6 million for Fallon.

A year ago, a battle between Fallon and Kimmel was almost unimaginable, given the venerable NBC franchise’s lead of one million total viewers over ABC’s late-night offering.

During the current season, Kimmel – who, like Colbert, has made himself into a politically engaged monologuist – has seen his audience grow by 4 percent.

Recently, he enjoyed a wave of publicity and warm reviews after he dissected the legislative attempts to repeal the Affordable Care Act. He made the issue personal by letting his audience in on the details of his infant son’s medical procedures for a rare heart defect.

Fallon has mostly stuck with his fun-and-games persona. While Colbert follows his monologues with earnest interviews, Fallon engages guests with game-show-like segments.

During a recent episode, he led the actor Denzel Washington and the basketball star Stephen Curry in a game of tossing random objects (a butternut squash, a skateboard) into a basketball hoop. On Monday night, Fallon went behind the desk to enthusiastically promote the Amazon Echo Show for two minutes.

Fallon does deploy an impression of Trump, but it lacks bite. His inability to capitalise on the political moment has been an outlier for the network, which has had late-night ratings successes thanks to caustic sketches centred on the president on Saturday Night Live, not to mention Seth Meyers’s lawyerly satirical segments on Late Night Live at 12:35 a.m.

Mindful of Fallon’s sunny nature, NBC executives had hoped that Colbert’s surge in the wild early days of the Trump presidency would die down once the national mood had settled. They envisioned a time when this pair of temperamentally different hosts would trade victories week to week. But in the closing days of 2017, audiences have not returned to the network for Fallon’s wide-eyed style.

Indeed, the November numbers show Colbert widening the gap, with a lead over Fallon of 1.1 million viewers.

One sign of hope for Fallon: NBC has the rights to Thursday Night Football through mid-December (they belonged to CBS earlier in the season), and Fallon’s ratings soared on the US Thanksgiving holiday, when his show aired after the Giants-Redskins game.

Why Jimmy Fallon’s fortunes are fading