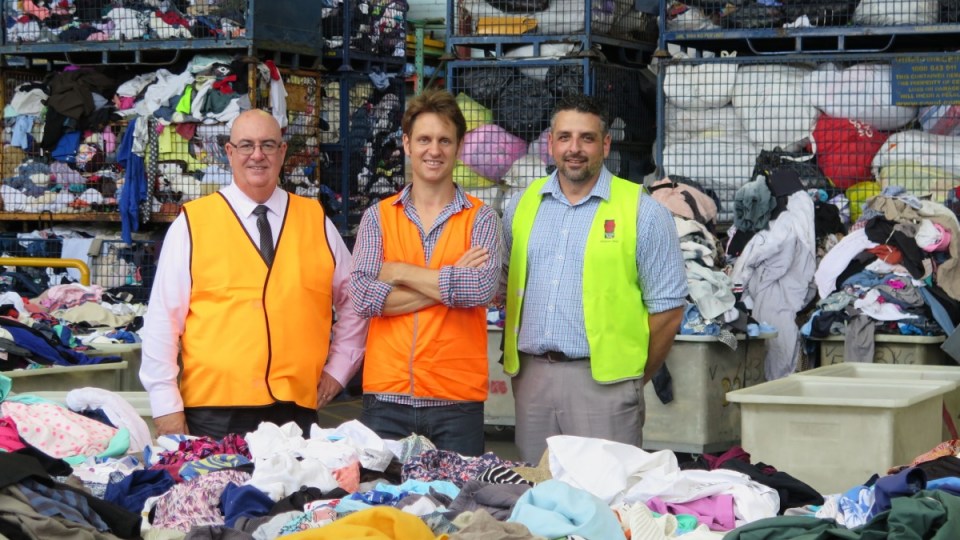 Not everyone took War on Waste's message to heart. Photo: ABC

Craig Reucassel readily admits his failings in his own family’s “war on waste” – ahead of an update to the ABC show that’s set to air on December 3.

The on-camera driving force of the hugely successful series is very happy to report he has used “zero” disposable coffee cups this year, while admitting he’s still using plastic bags – though far fewer than before.

“The only time we get them is when we get a delivery, and they still deliver them in plastic. I’m at the supermarkets saying, ‘When you find a way to deliver without plastic bags, I will be using you solely’.”

He confesses that food waste is his weakest point.

“We have some really good weeks where we try and finish stuff in the fridge and only buy stuff for a meal. But there are times when my wife and I both work full-time, we’ve got three kids. Sometimes we get to the end of the week and say ‘oh we failed again there’.”

His personal scorecard pretty much reflects the recent outcomes featured in the series update. Sales of reusable coffee cups are up by 78 per cent, while Woolworths and then Coles have announced they will get rid of single-use plastic bags, but very little has changed with food waste.

“The changes that those big supermarkets have made are miniscule. Coles hasn’t brought in any changes,” Reucassel says.

“That’s an area which seems much harder to fix.”

The other area seemingly impossible to fix is a highlight of the series update. It’s Victoria’s apparent lack of political will to tackle the problem of recycling its share of the country’s 15,000 cans or bottles that are thrown away every single minute.

Every state, except Victoria and Tasmania, has agreed to follow South Australia’s successful law which imposes a 10c surcharge that is refunded when the cans and bottles are presented for recycling.

The War on Waste team happened to park by Melbourne’s Yarra River, where Reucassel recalls being confronted by hundreds of bottles dumped on its banks.

“It’s like we got a props guy to place those bottles in that one place, and the few spots we looked at were just ridiculous,” he says.

“Victoria uses this justification of, ‘Oh no we’ve got a great system’, but I don’t think that suggests that that system is great.”

Disguised as several different couriers, he returns boxes full of those bottles to the electorate office of Premier Daniel Andrews – with little effect so far.

“Going into this show, I would have thought governments would have been more responsive than business. But you tend to find that’s the opposite. Governments are very slow institutions. Slow and conservative. Business can respond more quickly to consumer pressure,” he says.

Among the most responsive was 7-Eleven which sells 70 million cups of coffee every year.

After War on Waste, and ongoing pressure from other groups, the company is setting up hundreds of recycling bins in stores to take coffee cups.

They may well end up with the best new story in the update – the Ballarat factory where Dennis Collins is patenting an “exciting”, top-secret system which promises to crack the holy grail of recycling, the paper coffee cup with its plastic inner lining.

“But, equally, the change in behaviour around using those cups in the first place is even better,” Reucassel says.

And he won’t be sending any coffee cups to Ballarat any time soon.