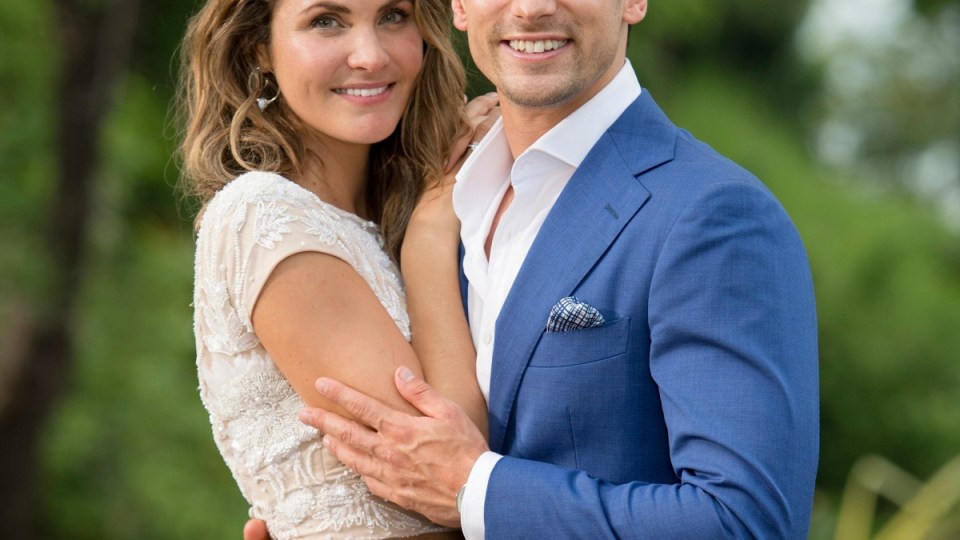 Laura may have made Matty's heart flutter, but she left viewers at home yawning. Photo: Network Ten

Second time’s a charm for this year’s Bachelor Matty J, who was rejected by last year’s Bachelorette Georgia Love, but managed to find a carbon copy of her to lick his proverbial wounds.

In the finale of the reality dating show’s fifth season, the 30-year-old marketing manager from Sydney chose Laura, a 30-year-old jewellery designer from Sydney, as his fresh flame. Shocker.

The problem with this lacklustre conclusion was that we all saw it coming.

For starters, Laura does bear a striking resemblance to Georgia, who Matty was completely enamoured with. Then social media sleuths noticed she and Matty took a trip to the snow at the exact same time – a dead giveaway.

Viewers’ main complaints though were that although Laura seemed genuine, she was dull.

While past bachelors like Richie and Sam have unexpectedly opted for single mothers in the finale, or – even better – proposed to the wrong girl and then retracted it weeks later (cough, Blake), Matty went for the obvious choice.

Of course, the entire finale took place in Thailand. Let’s be honest, it was either that or Bali and clearly Jetstar was having a sale on fares to Bangkok.

To be fair, Channel Ten made a valiant attempt to put us off the scent. Matty’s family appeared to favour Elise, despite a very ill-advised interrogation session from his brother Tom, who flat out asked Elise, “have you had many lovers in the past?”.

Matty’s mother, in particular, seemed very taken with Elise, a former Hockeyroo, and even offered her the option of dating one of her other sons should Matty turn her down.

Laura, on the other hand, was edited to look like a babbling maniac whose verbal diarrhoea made Matty’s brothers visibly uncomfortable.

The rest of the show was just a time-filler, as viewers all but tuned out and called for a swift conclusion so they could focus their attention on upcoming Bachelorette Sophie Monk.

The only time they fired up was when Ten ran an ad for the same-sex marriage ‘No’ campaign – an unusual choice given The Bachelor isn’t exactly the greatest exemplar of traditional commitment.

There was collective discomfort when sweet-natured Elise boated to Matty’s side just to be rejected, and only mild fanfare when Matty confirmed he had, in fact, fallen for the striking brunette the bookies had backed since episode one.

Even the sparkly diamond ring Matty had been toting around turned out to be a disappointment. All hopes for a delightfully rash proposal were dashed when he very pointedly slipped it onto Laura’s right hand.

Then the photogenic pair locked lips and Australia’s TV-loving population retired to the comfort of their beds to sleep off this snooze-fest of a season.

Bring on self-descibed “bogan” Sophie Monk next week. She’ll wake everyone up.

The ‘boring’ Bachelor finale we all saw coming