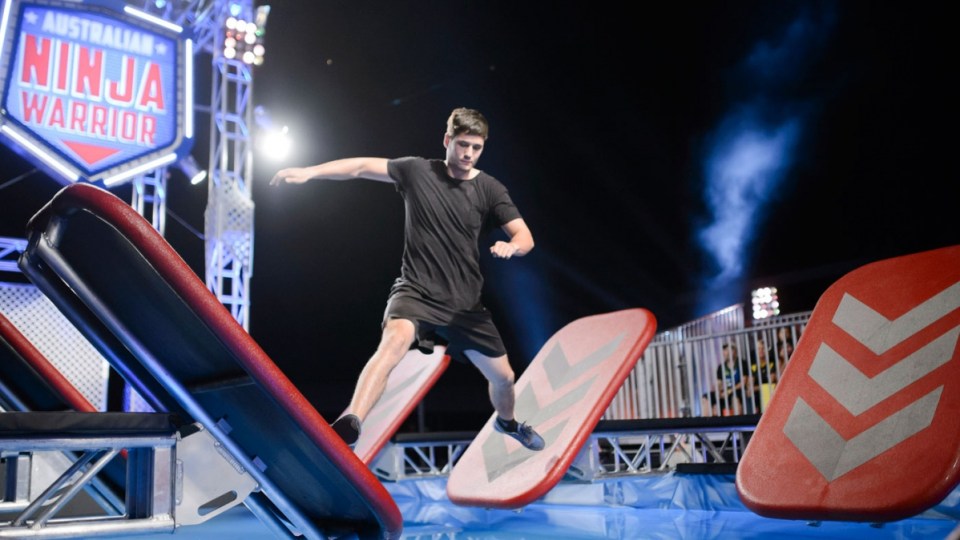 Ashlin Herbert recorded the fastest time in the heats. No one could crack the second stage. Photo: Channel Nine

But, unlike every other TV reality show, there were no judges presenting the audience with a neat solution and the winner with a cheque. This show was smarter than that.

The winner of Australian Ninja Warrior season one was the obscenely difficult course, which claimed each of the extraordinary athletes who dared to have a go.

Will the millions of viewers who will have watched Tuesday’s finale feel cheated? Perhaps. There is some whining on social media but the whingers are missing the point of what happened here.

What, no ninja warrior! Ripped off! How can you have a competition without a winner?#NinjaWarriorAU

Let the Ninjas try and make the course & announce the quickest the winner. Don't stop them for time reasons. #NinjaWarriorAU

#NinjaWarriorAU wtf? What an appalling finish, safe to say I won't be watching 2'nd series

They are ignoring the spectacle of a sporting event and a new breed of reality television.

The contestants either completed the course or they fell in the water.

We shouted along with all 21 of them in the final as they attempted to master the impossible, and we felt their disappointment when they failed. These weren’t pumped-up gym bunnies. These are fit, healthy people who are having a go.

We wanted determined chippie Sam Goodall to get to the elusive Mount Midoriyama because we’d seen him bash his head in the semis and smack his face in the heats.

We loved the freewheeling Daniel Weston, 19, who was known as Tarzanial and hope he comes back and tries again next year.

The various rock climbers delighted with their strength and determination. We were with Tom O’Halloran (his wife Amanda said he looked a bit like a monkey) as he blew kisses to his daughter Audrey.

He whizzed through the first stage and said he was “frothing” for the second stage.

Jack Wilson – a 24-year-old Indigenous man from Queensland – was one of those who also made it to stage two. He inspired us with his determination. Though host Freddie Flintoff joked that he wasn’t entirely comfortable with his “fantastic view” of Wilson’s budgie smugglers.

Fred Dorrington made it through too – but not before “Footgate”. Did his foot hit the water as he was tackling the Big Dipper? The referee ruled it did and cried foul before being overruled and Fred was back in the race.

Really, this series is a warm-up for the future. We’ve now got a bunch of people who’ve been through it once and will be back next year – after training hard.

Dorrington is a case in point. He did best on the night because he’s already reached the finals of the UK version and he knew what to expect.

Of course, the other whinge has been about the lack of women in the final, with Karl Stefanovic suggesting there should be a different course for them. What nonsense.

It’s terrific seeing women compete alongside men. So what if they didn’t get to the finals. Next year, they may well make it.

This was a surprise hit, which has cratered the opposition and attracted a huge audience. Perhaps because it was about how you play the game and not just about whether or not you win.