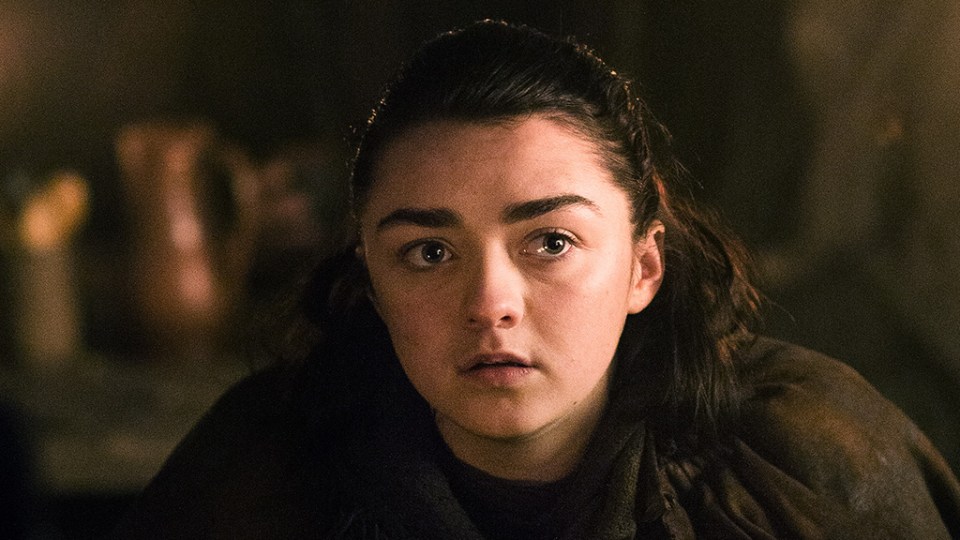 Arya Stark had a difficult encounter with an important figure from her childhood. Photo: HBO

It was a much-anticipated reunion, but Arya Stark’s encounter with her long-lost direwolf, Nymeria, in the latest episode of Game of Thrones has sparked more questions than it answered.

After the trailer for the episode generated mass excitement among fans wanting to see the feisty Arya reunited with her beloved pet, the reality turned out to be somewhat disappointing.

We last saw Nymeria in season one when she attacked King Joffrey and Arya drove her away for her own protection.

Monday’s episode saw Arya stumble upon Nymeria and her huge wolfpack – but despite Arya begging Nymeria to “come with me” to King’s Landing, the wolf turned and walked away from her.

A dejected Arya responded by whispering, “that’s not you,” in a moment that had many viewers at home saying: “What was that? What did she say?”.

Arya’s reponse to Nymeria’s rejection is actually a throwback reference to season one.

Back when he was still alive, Arya’s father Eddard Stark told her one day she’d have to grow up and marry a man.

The similarity between this quote and what Arya said to Nymeria was no accident, showrunners DB Weiss and David Benioff have revealed.

“Arya’s not domesticated, and it makes total sense her wolf wouldn’t be either,” Weiss explained after the episode aired.

“Once the wolf walks away, at first she’s heartbroken to have come this close. Then she realises the wolf is doing exactly what she would do if she were that wolf.”

But this may not be the last we see of Nymeria.

Watch the episode two encounter below

For the most part, the Stark family’s direwolves have been noticeably absent from the HBO series, despite having a prominent role in George RR Martin’s books.

This is mainly because their appearance relies heavily on CGI technology, so they’re expensive and time-consuming to create.

“Some of our initial anxieties about whether anybody will watch this show have dissipated. But others have sprung up to take their place,” Weiss and Benioff told Deadline in 2011.

“They are shaped like direwolves, and they hunt us in the night.”

Unfortunately for HBO, they may have to start coughing up more cash soon if Martin’s plans for the direwolves are to be realised.

In 2014, the author told Mashable that Nymeria would play an “important” role in the final two books, which he recently revealed would be hitting shelves in 2018.

“You know, I don’t like to give things away,” Martin said.

“[But] you don’t hang a giant wolf pack on the wall unless you intend to use it.”

‘That’s not you’: What Arya really said to her direwolf