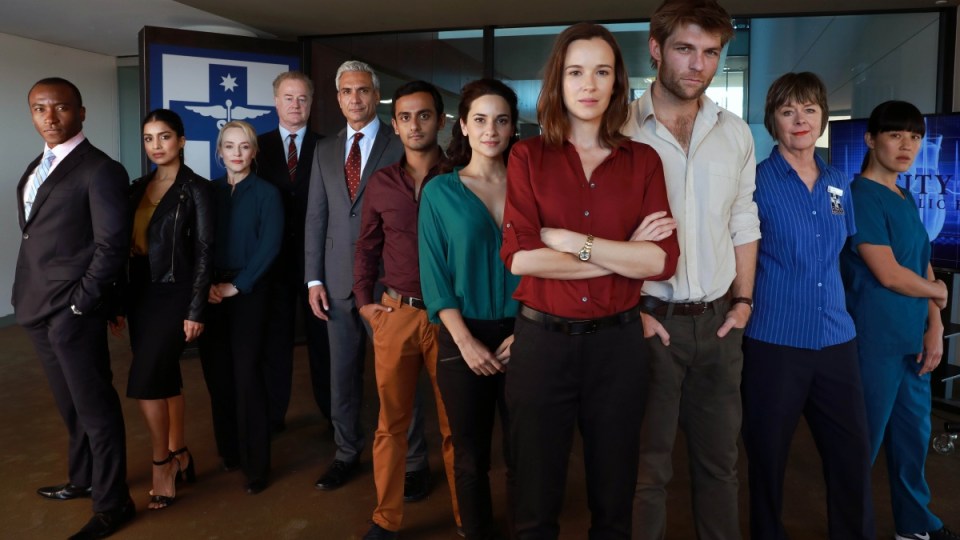 Australia just got its own Grey’s Anatomy – with a twist. It’s called Pulse and it’s starting on the ABC on Thursday, 20 July.

Like Grey’s Anatomy, Pulse follows the lives of wannabe surgeons – but with the added challenges of working in the area of cardiac and renal transplants.

It’s inspired by the true story of Mel Hill, a transplant patient who became a doctor. She’s on the writing team of the series – along with Kris Wyld, an Australian television writing legend, and Michael Miller.

She’s working with Professor Chad Berger (Game of Thrones star Owen Teale) who saved her life with the renal transplant and is not convinced she’s physically up to the job, given the constant threat of infections.

There’s a bit of a slow start, but, by the end of the first episode, the bitchy and high-pressure world of the newbie doctors is clear.

“Just what we need, a vet who wants to become a surgeon,” she tells Lou on her first day in surgery, along with several other crude comments not fit for publishing.

But what’s also exciting is that, for probably the first time, a mainstream drama reflects the true diversity of the world it inhabits.

Renowned journalist, the late Jill Singer, wrote that her hospital care lay in the hands of amazing nurses and doctors from around the world.

She once said to a young Fijian doctor, “we’d be f***d if we had to wait for the Skips”.

He laughed and said no one had put it quite like that before.

Until now, drama producers have all but ignored that diversity too. Think All Saints, for example.

In general, Australian dramas have rarely looked outside a pool of white actors unless there was an “ethnic” story to tell, in series like East West 101 or Redfern Now.

But the creators of Pulse have just gone for good actors of all colours and creeds.

The dilemmas the show raises around transplants are fascinating from the availability of suitable, viable organs, to the emotional toll the process can take on hospital staff and the families of those who’ve died.

There’s also a unique perspective from Frankie who wants to fight for everybody who needs a transplant to get one and quickly – no matter what the protocols say.

This isn’t The Handmaid’s Tale – but it is a lot more interesting than usual hospital soap operas. Not just because there’s a great selection of new actors on screen, but because it might make us all sign up to be transplant donors when we see what a difference it could make to other people’s lives.