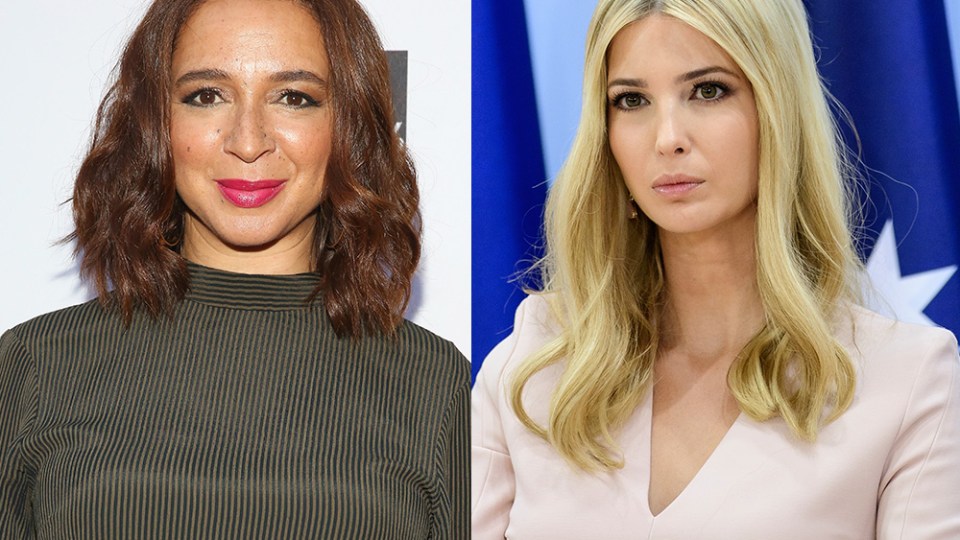 Comedienne and actress Maya Rudolph has managed to perfectly capture the essence of Ivanka Trump with a simple mouth movement.

During an interview with Late Night host Seth Meyers, Rudolph shared her impression of US President Donald Trump’s daughter, saying it was all in the way Ms Trump spoke in a “sexy whisper”.

“I’ve been noticing, actually, my good friend Amy Poehler pointed out to me [that] in one of her recent interviews … there’s a lot of whispering going on,” Rudolph told Meyer, referring in particular to a recent interview Ms Trump did with Fox and Friends.

“[She talks] through her teeth … like she has a sexy secret,” Rudolph explains, launching into her spot-on impersonation.

“She’s always talking like she work in a lingerie store a little bit,” Rudolph added.

Rudolph also pointed out Ms Trump appears to have a perpetual grin.

“If’s fun to have a sexy secret,” she joked.

Ms Trump is in good company – Rudolph, a former Saturday Night Live regular, has impersonated everyone from Oprah Winfrey to Barbra Streisand, as well as Ms Trump’s stepmother, Melania Trump.

Her takeoff of Ms Trump emulates the tone the First Daughter took in the now-infamous interview where she claimed she “stays out of politics”, despite having a formal role as a White House advisor.

“I don’t profess to be a political savant,” Ms Trump said at the time, drawing the ire of many who pointed out she’d been a firm presence by her father’s side throughout his entire political campaign.