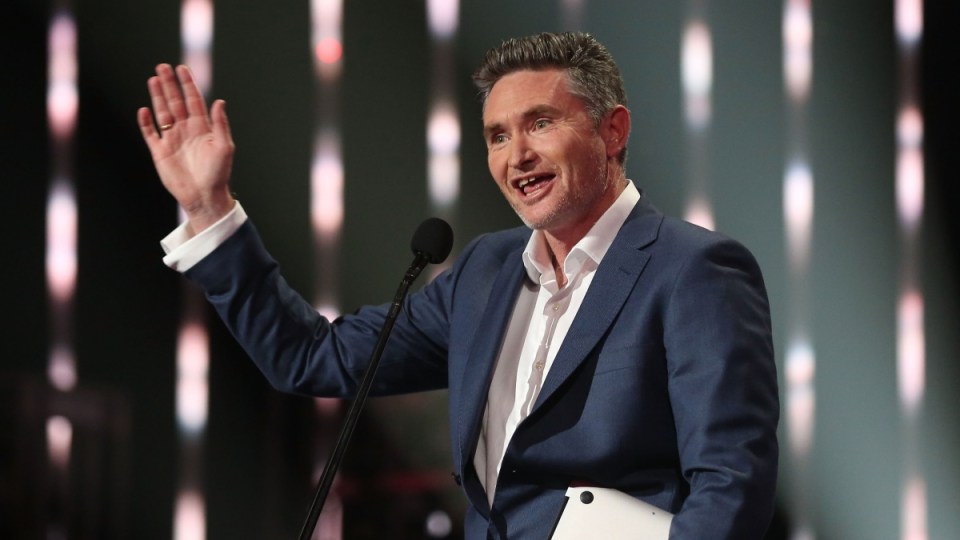 Hughes said the audience urged him to finish his show early. Photo: Getty

Channel Seven has shot down comedian Dave ‘Hughesy’ Hughes’ claim he was dropped from an upcoming Channel Seven panel show because he joked about the network’s CEO Tim Worner.

The radio host was set to appear on soon-to-launch comedy series Behave Yourself! for taping last week, but his appearance was cancelled.

Speaking to the Herald Sun, Hughes speculated that his joke at last month’s Logie Awards about the Seven West boss’s affair with secretary Amber Harrison may have cost him the gig.

Hughes was discussing nominee Jessica Marais’ role on Ten’s The Wrong Girl when he delivered the joke.

“Channel Seven were working on a pilot of The Wrong Girl, that was starring their CEO Tim Worner, and … That was more a reality show,” he said at the time.

“He picked the wrong girl to mess with. It was going really well, but they thought it was too expensive and they tried to cancel it.”

Hughes said on Tuesday Seven “should get a sense of humour”.

“It’s a new panel comedy show, they took me off, they decided they wouldn’t have me on, they obviously can’t take a joke,” he said.

“They don’t think you should do jokes about the CEO situation I suppose, that’s all I can think of, obviously that’s what I did, you just joke about what’s in the news.”

In a statement to The New Daily, a Seven spokesperson denied this was the case, citing scheduling conflicts as the reason for Hughes missing out.

“This looks like the production company and Dave’s management got their wires crossed when trying to work out Dave’s availabilities,” the statement said.

“We’ve been trying to get Dave on Channel 7 for years, and that door remains wide open. He’s welcome here anytime his schedule is clear (in fact we’ll put the kettle on).”

Behave Yourself! would have marked Hughes’s first Seven appearance – he typically appears on Channel Ten as an occasional panellist on The Project and has been hired by Nine to host the Logie Awards for the last two years.

“Two years ago I was calling the boss of Channel Nine ‘a crackhead’, that was Gynge [CEO David Gyngell],” he told the Herald Sun.

“They’ve copped it from me for the last two years and they keep giving me the gig to do it so they’ve obviously got a sense of humour.”