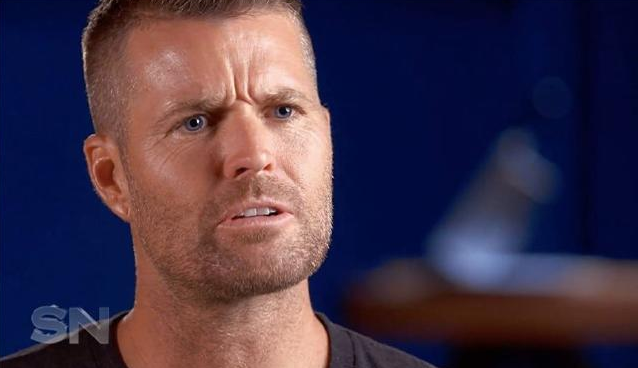 Pete Evans slammed the media for his portrayal on TV. Photo: Channel 7

My Kitchen Rules chef Pete Evans has slammed Channel 7 stablemate Sunday Night for the way they portrayed his work – and the stories of those who follow his paleo diet.

And he has announced a “large study” on type 2 diabetes, to be conducted “with one of the leading universities in this country” – presumably as a comeback to those who say there’s no scientific basis to what he advocates.

On his Facebook page, he thanked supporters who were filmed for the program and “shared their amazing stories of reclaiming their health” with Sunday Night journalist Alex Cullen at a Gut Health event.

“You shared how you had come off medications or reduced them, how you had reversed type 2 diabetes as well as a host of other amazing health stories from autoimmunity to depression and more,” Evans wrote.

“For some reason, the producers decided that those stories were not as important and decided to air a lovely lady at the seminar, saying she was happy to have a selfie with me.”

Evans rubbished the notion that he was a “leader”, saying he was “just one curious member of the public” and pointed to the professionals who are changing people’s lives.

“We actually had eight or so amazing speakers at our seminar that was filmed, and I was cooking for the majority of it while the others were doing the educating on stage as to how to improve our GUT HEALTH, and I am proud to stand beside these wonderful people and help them give a platform to reach many,” his Facebook post read.

He dismissed the concerns of the Australian Medical Association and the Dieticians Association of Australia – both of which have been quick to criticise him following the Sunday Night program.

“(They) can still call it dangerous until they try it for a few months and see if it works.”

And as for celebrity doctor Brad McKay, who countered Evans’ beliefs in last Sunday’s program?

“Oh, and thanks to the doctor that appeared on the segment, they couldn’t of [sic] picked a better representative of the medical industry than you…thumbs up mate!”

Evans pointed out that there was a lot more information shared in the three-hour interview that didn’t make the show, which he would post on his Facebook page and his paleo diet site.

His post has mobilised his army of supporters, with hundreds posting comments in support of his work.

Many slammed the Channel 7 program and the media generally. Others have offered to act as volunteers for the study he announced in the post.

“This study will be to show the results of what a low carb and or ketogenic paleo approach has on type 2 diabetes,” he wrote.

“This will be the first of many studies we will be undertaking to be published in medical journals and the like.”