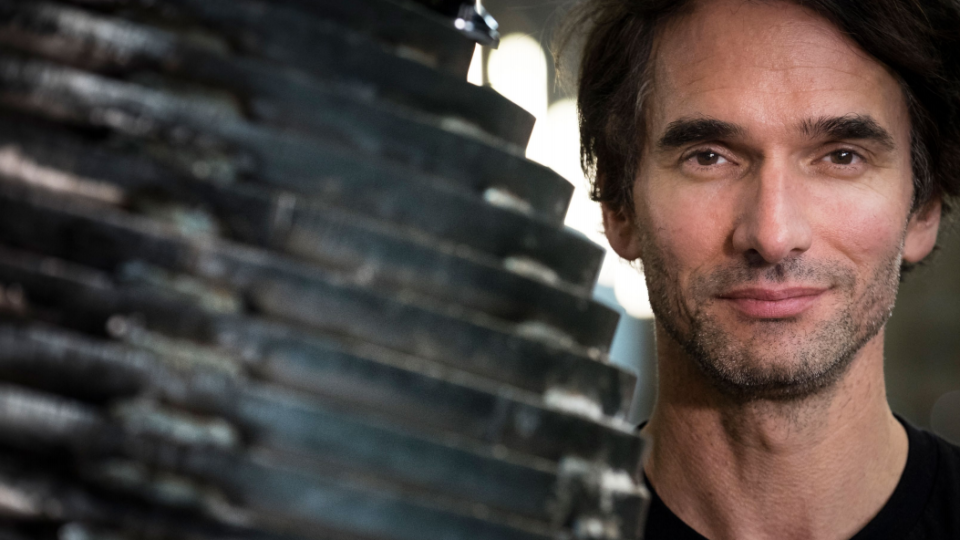 TV star and businessman Todd Sampson does the same thing every morning, no matter where he is. Photo: ABC

Todd Sampson might be one of the busiest men in Australia, juggling several television shows, two children and a position on the boards of both Fairfax and Qantas.

His tactic for handling it all is to do the same thing every single morning without fail.

“I wake up at 5.30am, sometimes 6, and try to meditate for half an hour,” Sampson, who is currently promoting his new ABC series Life on the Line, tells The New Daily.

“Then I get up and I’ll have some kind of shake, no food though, no solids.

“Then I’ll go have a coffee at the coffee shop and then I’ll go through a number of newspapers, mostly online.

“Next I will go to the gym. I try to stay fit all year round and I train my brain regularly too. I’ll train for an hour in one way shape or another –stretching, lifting, balance.

“Then I come home and decide what comes next.”

What comes next varies, but most recently it’s involved undertaking life-threatening challenges that rely on the laws of physics for Life on the Line (8pm Tuesdays).

“I don’t think I have an average day,” Sampson says.

“I just returned yesterday from filming in outer Mongolia, I was hunting with a female eagle and a horse in the snow and I trained and learned from the Kazakhs, a culture that is thousands of years old – it was beautiful, one of the best experiences of my life.”

The 47-year-old admits he struggles to balance a life of regular travel, long days of filming and boardroom meetings with quality time with his family.

“I definitely struggle, but what I try not to do is live a life of guilt, it doesn’t help anyone. Don’t look at the short horizon look at the long horizon.”

Sampson’s wife Neomie and two daughters, Coco, 10, and Jet, 8, don’t exactly lose any sleep about his risk-taking ways – quite the opposite, in fact.

“I live with three alpha females – my wife is a jiu jitsu fighter and Coco and Jet are really full-on girls,” Sampson says.

“If you ask Neomie, no joke, she would say of the four of us I’m the weakest link. To put it in context, Jet turned to me the other night and said, ‘Dada, why are you always looking so scared on TV? It’s not that bad’.”

On weekends, the family goes “adventuring” to test their limits.

“l’ll take [Coco and Jet] climbing or caving and when they get scared I say, ‘That’s not a reason to stop girls, let’s keep going’.

“They’re not sitting at home going, ‘Oh my God Daddy I’m so worried about you,’ they’re literally going, ‘I could do that’.”

Not much scares Sampson either, given he recently faced a bullet head on, bungee jumped and scaled the side of a building using only vacuum cleaner suction for Life on the Line.

But he does recall one moment in his life where he felt real fear.

“Right after Neomie had our first child, that day we came home in the car was probably the most apprehensive I’ve ever been. I just didn’t know what was next,” Sampson reveals.

“Compared to that drive home that day, bungee jumping is nothing.