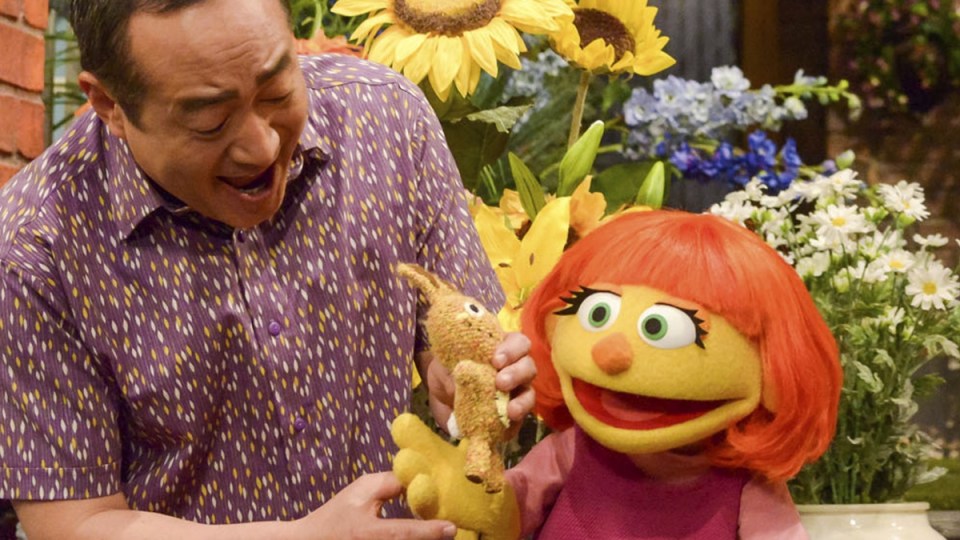 Folks on Sesame Street have a way of making everyone feel accepted.

That certainly goes for Julia, a Muppet youngster with blazing red hair, bright green eyes – and autism. Rather than being treated like an outsider, which too often is the plight of kids on the spectrum, Julia is one of the gang.

For more than a year, Julia has existed in print and digital illustrations as the centrepiece of a multifaceted initiative by Sesame Workshop called Sesame Street and Autism: See Amazing in All Children.

She has been the subject of a storybook released along with videos, e-books, an app and website. The goal is to promote a better understanding of what the Autism Speaks advocacy group describes as “a range of conditions characterised by challenges with social skills, repetitive behaviours, speech and non-verbal communication, as well as by unique strengths and differences”.

But now Julia has been brought to life in fine Muppet fettle. She makes her TV debut on Sesame Street in the Meet Julia episode airing on April 10 in the US. Additional videos featuring Julia will be available online. 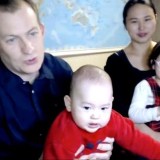 Developing Julia and all the other components of this campaign has required years of consultation with organisations, experts and families within the autism community, according to Jeanette Betancourt, Sesame Workshop’s senior vice-president of US Social Impact.

“In the US, one in 68 children is diagnosed with autism spectrum disorder,” she says. “We wanted to promote a better understanding and reduce the stigma often found around these children. We’re modelling the way both children and adults can look at autism from a strength-based perspective: finding things that all children share.”

Julia is at the heart of this effort. But while she represents the full range of children on the spectrum, she isn’t meant to typify each one of them: “Just as we look at all children as being unique, we should do the same thing when we’re looking at children with autism,” Betancourt says.

‘I am not afraid’: The modern unknown soldier risks it all in Ukraine
Energy market reform will be a big boost for emissions reductions: Chris Bowen
Greens sign up for Labor’s looming jobs-and-skills summit as Liberals stick with boycott
Joe Biden’s $430b green victory for the environment
China cementing its Thailand ties with joint military exercises
NRL: Titans frantic to end 10-game losing streak as Manly showdown looms
Melissa George makes plea for help amid shocking custody battle
Today's Stories